We tell you about the best gear. Here’s what you decided to buy. 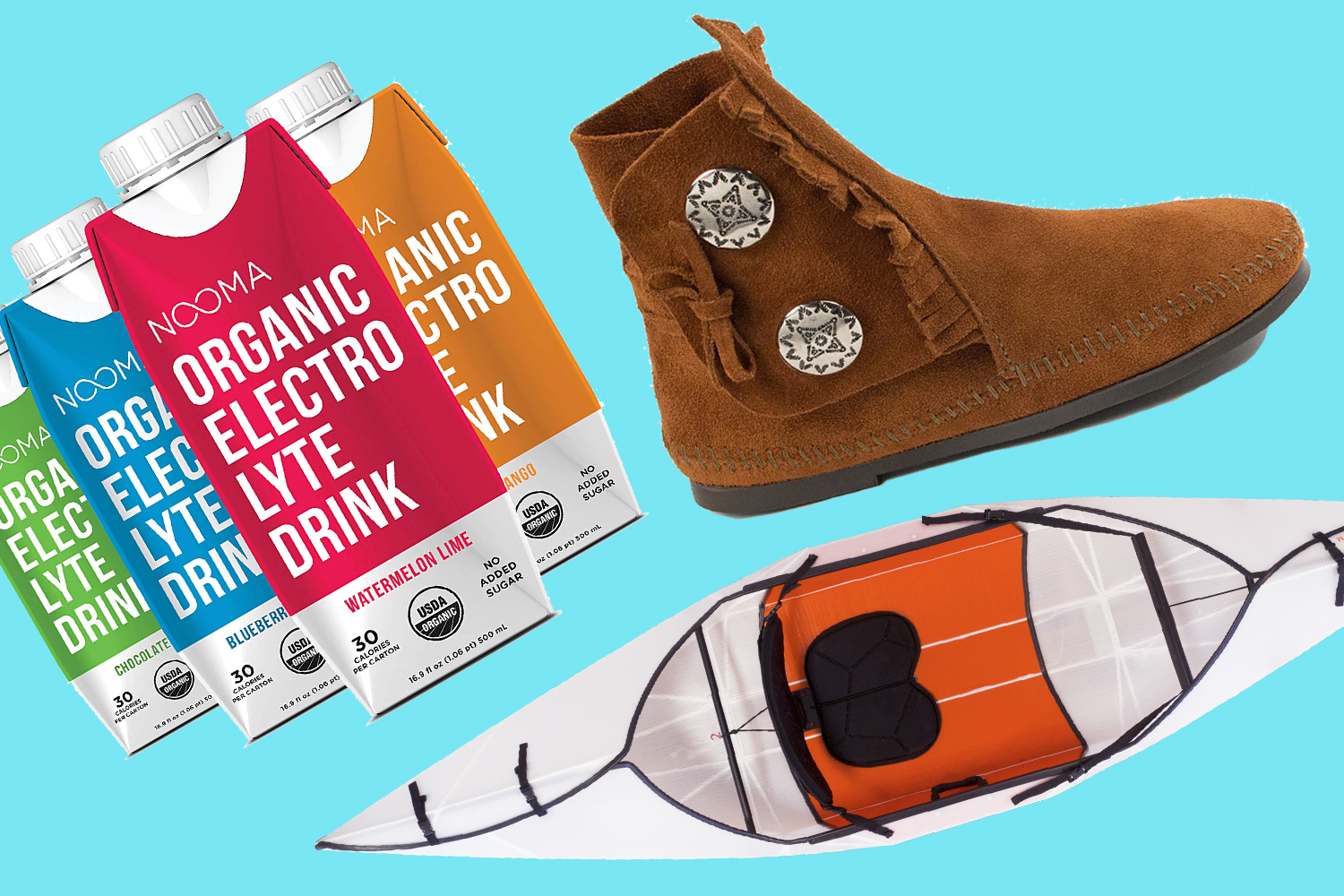 It’s our job to tell you about the best products worth spending your hard-earned money on. But you, the readers, are the ones who ultimately have to decide what’s worth buying, and what isn’t. Unfortunately, we can’t invite all of you out for a monthly happy hour to show off all the new gear everyone copped (the building managers just won’t allow it). So we’re doing the next best thing: collecting the top 10 products InsideHook readers bought this month.

Our Associate Editor Tanner Garrity has been consulting a nutritionist about the healthiest energy bars, yogurt and sports drinks, but it turns out the latter category is what connected with most people. In that ranking, which includes everything from Gatorade to Vitamin Water, a drink called NOOMA won out, with nutritionist Karin Adoni Ben-David calling it “an outstanding energy/workout drink that will give you everything you need, without tons of sugar, food coloring, or preservatives.”

These exact suede leather boots are worn by Brad Pitt’s character Cliff Booth in Tarantino’s summer blockbuster Once Upon a Time in Hollywood. As such, they’re included in our guide to dressing like Brad and Leo in the film. And while the Labor Day weekend discount we wrote about isn’t live anymore, they are back in stock after being sold out.

In the middle of the month, we wrote about this new Kickstarter campaign from Oru Kayak, the makers of the original origami kayak: “Not only is it the brand’s lightest boat yet at just 20 pounds, and the most compact yet (about the size of a guitar case and able to be worn on your back), it’s also by far the cheapest.” Some bought a single boat, while others opted for the two pack.

This list for the most part won’t include items sold in blowout sales, because those tend to flame out quickly. But when we wrote about REI Outlet’s backpack sale, you all favored Gregory’s sleek, hard-wearing Daypack and Workman Pack. Lucky for all those that missed out, REI still has deals on Gregory up to 65% off.

When we championed the Ultraboost 19 — featuring “the comfortable but supportive Primeknit upper you’ve heard so much about with energy return Boost cushioning and the Continental Rubber outsole that performs in both dry and wet conditions” — they were $80 off. They’re still on sale for $54 off in a variety of colors, which means they’re still a steal.

“Airpods for athletes.” That’s what we called these Bose earbuds designed for working out. Factory renewed models were on sale for $80 off back at the beginning of the month, but you can still pick up them up for $50 off, so we’re happy to include them here and help you move on from sub-par gym headphones.

Our Feature Editor Jason Diamond survived on cans of BOSS coffee while in Japan this summer, then wrote an ode to the William Faulkner-adorned cans: “I drank BOSS after BOSS in Japan worried that every can of smooth, chilled coffee would be my last.” But fortunately for you, they’re available on Amazon in three different flavors.

A funny thing happened after we posted about the 50% off sale on White Oak Cone Denim at Jomers: they released a bunch more. As it turns out, the jeans made from the legendary denim are not only still available, they’re still 50% off.

Anker’s low-priced, high-quality and frequently on-sale electronics are consistently InsideHook staff and reader favorites. This month, two pocket flashlights were on sale, but when it comes down to it, they’re only a couple dollars more at full price and worth adding to your bug-out bag or standard emergency kit any day. There’s the LC30 if you want a traditional AAA battery model or the LC40 if you want a more powerful and rechargeable model.

If you’re a regular reader, you’ve probably noticed the increase in book coverage (you’re welcome!). The best-selling book on InsideHook this month was Nada, which was featured in both our monthly roundup and proclamation “It’s Time for You to Start Reading European Thrillers.” We called it “a perfect introduction [to Manchette] for all of you waiting for a new John le Carré novel to drop.”