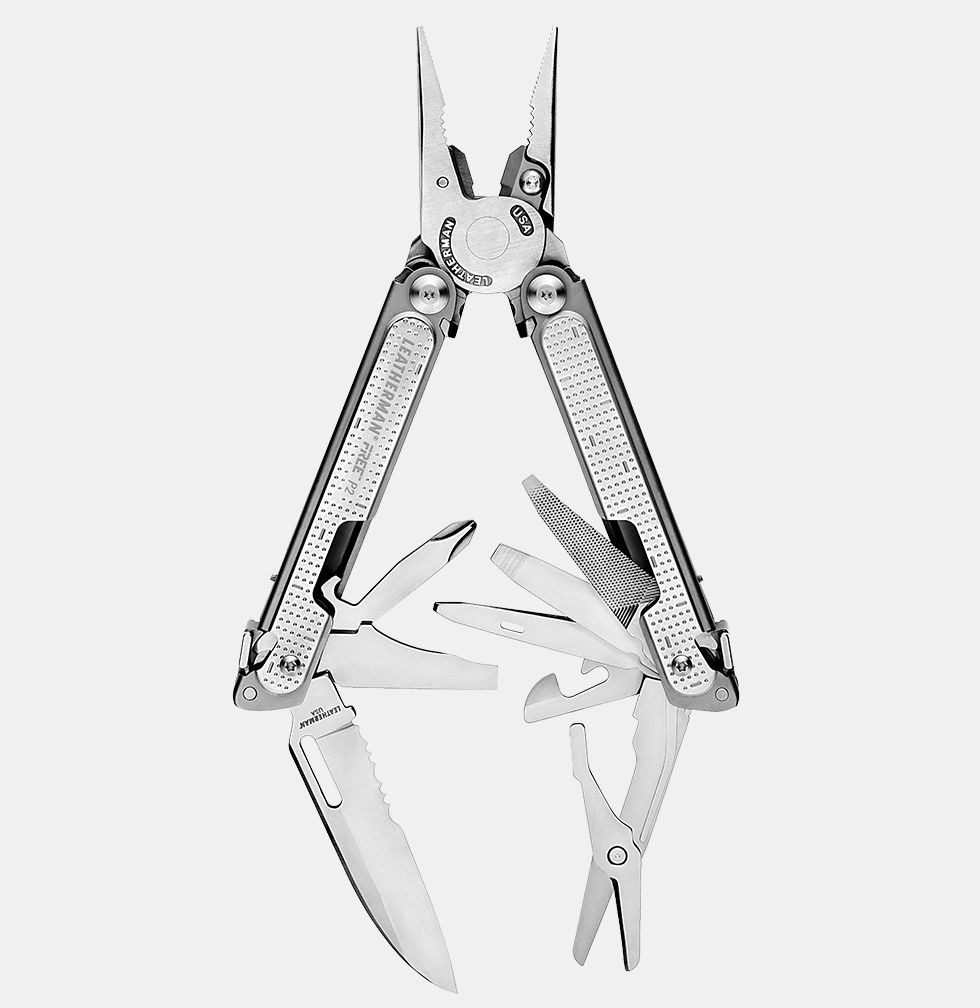 With the Grain: A Craftsman’s Guide to Understanding Wood

He chops wood. He builds the occasional bookshelf. He whittles. He saws logs (heh). But does he know how trees grow before he slices and stains? In the third edition of Christian Becksvoort’s classic woodworking tome for laymen, he’ll finally learn, as well as how to manage every step from caring for trees to carving them into furniture. Just be prepared to know your Christmas gifts for the next decade.

In the ranking of places most hated by dads, Apple’s Genius Bar has to be in the top 10. Save him from the misery of being lectured to by a condescending high schooler (and from trying to repair his newfangled electronics with his red toolbox) and get him this iFixIt kit. It’s got all the hyper-specific tools for repairing screens and changing batteries. No, really, all of them. Old or new, iPhone or Android, when he says he can fix it himself, you’ll finally believe him.

Does he own a classic Porsche? Then stop right here, this is the only gift. Does he spend his free time pining over classic Porsches on Bring a Trailer? Then this is the next best thing. A month ago, Porsche Classic began offering over 700 original owner’s manuals dating back to 1952 (yes, in English). Before now, they weren’t available and people auctioned them for up to $13K. If he doesn’t know they’ve been reissued, no harm in fudging the truth and saying you paid top dollar.

Fixing up cars is fun. Fixing up worn out gear (leather jackets, denim work pants, camping equipment made of unpronounceable materials) is not. At least, until the heritage wizards at Best Made released the Brass Capsule Stitcher. Inside the tube is everything he’ll need to sew and stitch up his duds in a jiff — plus some Tenacious Tape for good measure. You’ll finally get him to sew that button back on his coat, he’ll tear things just to break this out.

If he doesn’t already know this device exists, get ready for the child of the year award. You know how his check engine light is always on? With BlueDriver’s OBD2 (on-board diagnostics) Bluetooth scanner, he’ll be able to see what’s wrong with his Ford pickup without shelling out a couple hundred bucks at the local repair shop. It also offers up recommended fixes, if you can trust him with that kind of power.

Leatherman created the multitool. This spring, they reinvented it … with magnets. It’s called the Free Collection, and we personally tested the Free P2, so we can wholeheartedly vouch for that, but the Free P4 is also available and has more tools. Is getting your dad a regular multitool cliche in 2019? Maybe. But getting him the most advanced technology in the pocket-pliers space assuredly is not. If you don’t do it know, he’ll just ask for one when all his friends get them this summer.

Is his space of choice the garage? The toolshed? The basement? A secret lair accessible only through a bookcase? This gift is domain agnostic — he could always use a gigantic space to hash out his harebrained ideas. You’ve seen this simple-to-assemble kraft paper writing system in your favorite restaurant or cafe, so go ahead and set it up in his den and do a big reveal on the 16th. Just be sure to order a roll of paper, too.

Like most everything Dyson makes, the Lightcycle looks simple, but upon continued use proves to be revolutionary. But your pops is never going to spend $600 on a light if he normally relies on a pull-string bulb, so it’s up to you. This will save his eyesight (by syncing to his location and simulating natural sunlight) and save his sanity (by adjusting to any spot on his bombed out desk). And while his other gifts fade and wear out, the light quality on these LEDs will purportedly last 60 years.