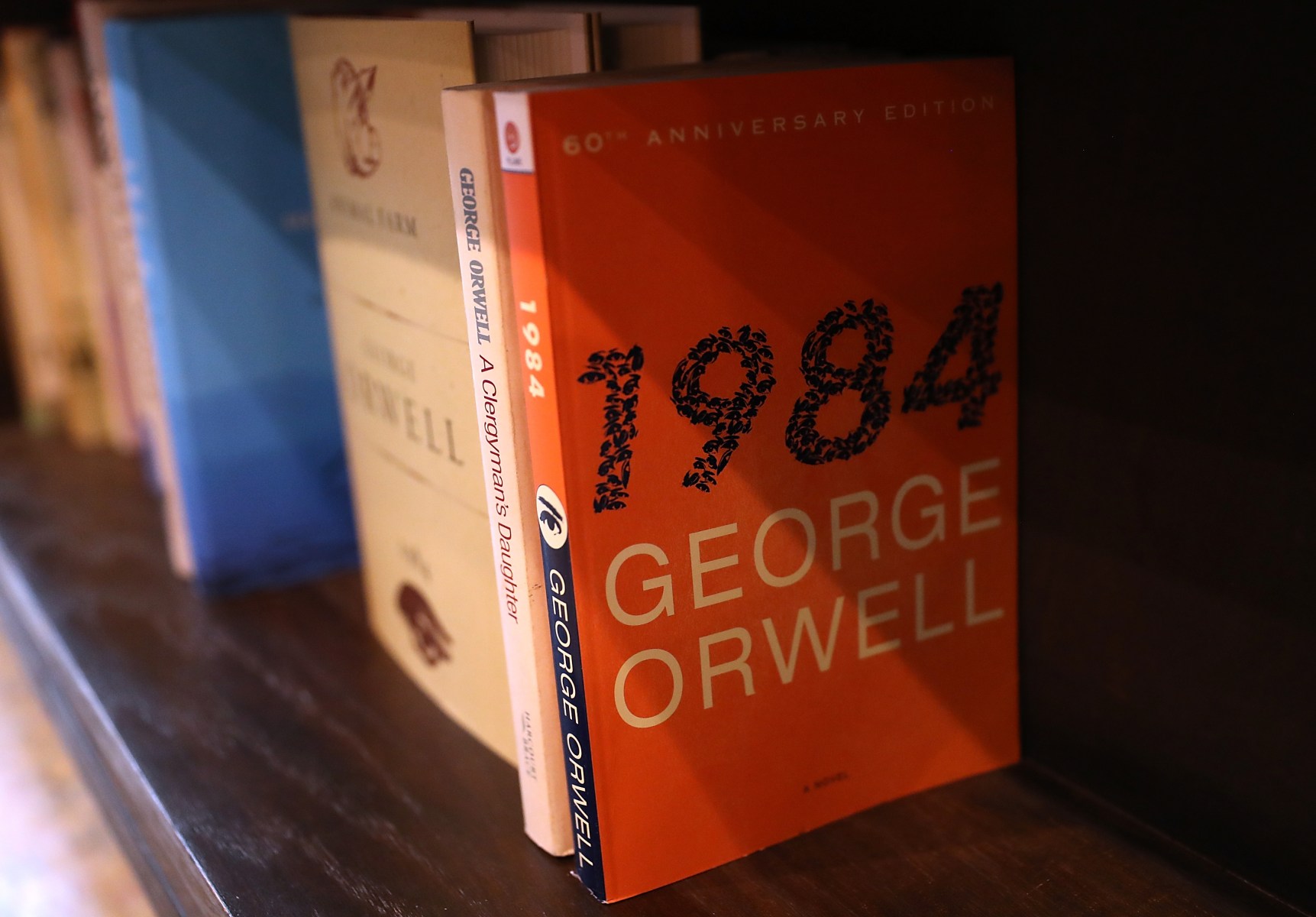 From fake soccer jerseys to faux dietary supplements, Amazon has a habit of letting sellers peddle fraudulent goods, and now the site’s proliferation of fake or edited books is becoming downright Orwellian.

Ironic case in point — Orwell’s own 1984, a novel in whose dystopian society literary classics are edited and translated. In a recent investigation for the New York Times, David Streitfeld purchased a dozen fake or unauthorized copies of Orwell’s works on Amazon, in which he found a bizarre array of typos, rewritings and other edits. While some of the books self-identify as altered or abridged versions — such as an unauthorized “High School Edition” of Orwell’s Down and Out in Paris and London, “sightly modified to make it more palatable” for younger readers — the majority of these works masquerade as low-cost legitimate copies, often posing fair competition to higher-priced editions sold by real publishers.

As Streitfeld noted, some of these titles find their way into the hands of Amazon customers thanks to international discrepancies in copyright laws. For example, some of the texts he ordered were printed in India, where Orwell is in the public domain, but sold in the U.S., where he is under copyright.

“The books in question are authentic titles provided to us by publishing houses and distributors for sale in our U.S. store,” an Amazon spokesperson said in a statement. “However, there is an issue of differing copyright timing between countries and sometimes even different titles within the same country. Today, there is no single source of truth for the copyright status of every book in every country that retailers could use to check copyright status. Retailers are dependent on rights holders to tell them where they have the rights for each title and for how long. Without a single source of correct information, this is a complex issue for all retailers — a number of the books in question are for sale in the stores of several other U.S. book retailers, from independent bookstore websites to large chains.”

The Amazon spokesperson added that they “work with rights owners to quickly resolve questions about what publisher has what rights in each geography because only the rights holders know the disposition of the intellectual property rights to the works that they represent. We have removed these titles from our U.S. store, and we have informed the publishers and distributors who listed them. We believe that a single source of truth for the copyright status of every book in every country would help all booksellers.”

Complicating issues is Amazon’s tendency to  bundle customer reviews for a single title and list them under multiple editions — which means a fake copy of a book may display several positive reviews that were initially written for a legitimate edition of the same title.

While Amazon has in some ways changed the bookselling industry for the better by breaking down doors and giving readers all over the world access to a much broader catalogue of literature than ever before, the same shifts that have reinvigorated marginalized or forgotten texts are also responsible for giving rise to the mutated versions of literary classics ending up in the hands of unsuspecting Amazon customers.

According to Scott Brown, a bookseller in California, these fraudulent texts are a symptom of shifting conceptions of truth and reliability in the in the digital age. “We have spent our whole lives in a fact-based world and while that seems how things ought to be, it may prove to have been a temporary aberration” he told the Times. “There’s rarely a printed — and therefore hard-to-change — version to refer back to. The past is becoming unmoored and unreliable.”