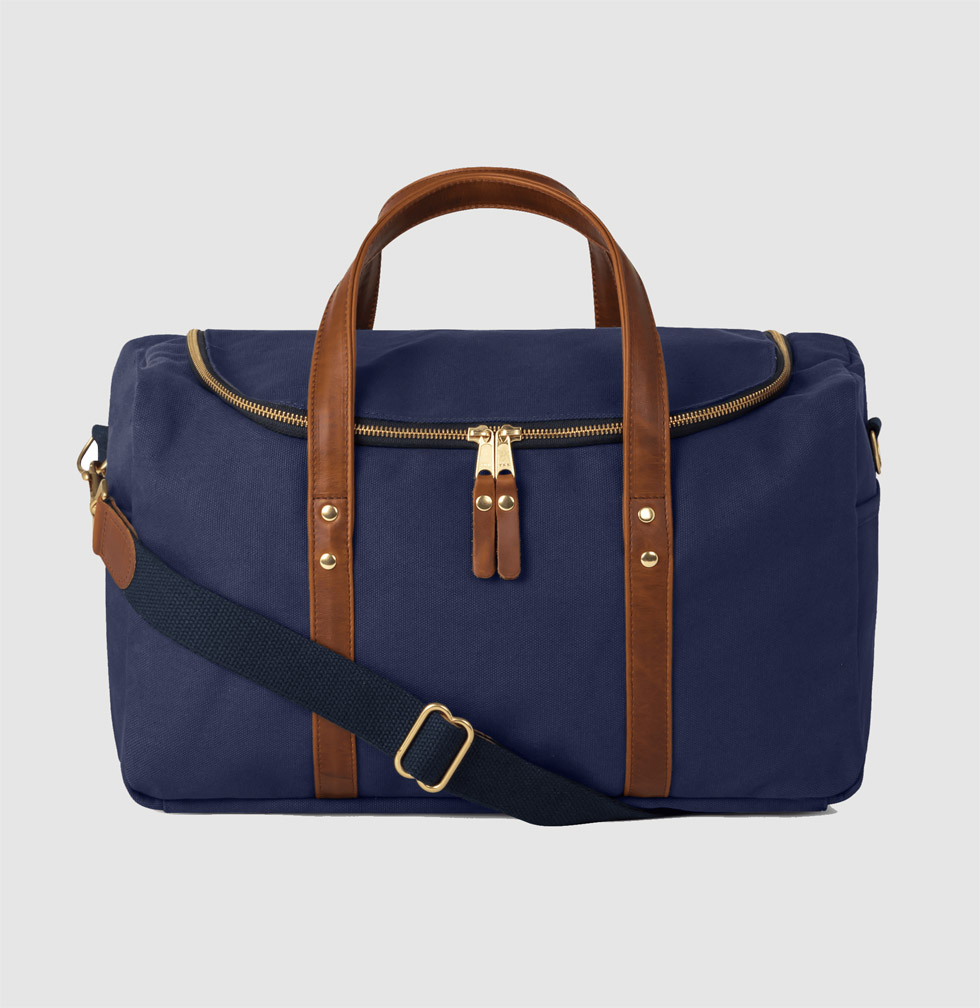 In your correspondent’s humble opinion, one can never have too many ties — variety is the spice of neckwear life. So when the opportunity arises to grab one made from fabric sourced from Vitale Barberis (the legendary Italian mill opened in 1663 and run by the same family for 15 generations) for a price comparable to that of two New York cocktails, you jump on it. Buy one for the old man and another for yourself.

Dads are good at many things. Buying cool sneakers is not usually one of them. And it’s a tough line to, er, walk, as you don’t want him out there looking like Old Man Trying-Too-Hard. Enter Greats, the clean, streamlined and stylish sneaker option that just about any dad pull off and is also endorsed by our friend Ilaria Urbinati, stylist to dapper gents like Ryan Reynolds, Donald Glover and The Rock. So he’ll be in good company.

Ever seen a dad out there rocking shorts and socks? Don’t let your dad be that dad. Bombas are crazy comfy, don’t slip (key for no-shows) and are a game changer for both the aforementioned short/sock wearer and also that other type of old school dad who is still going raw dog in his kicks in July and cursing the funk that emanates from them.

If the old man’s into hitting the links, this handy new smartwatch/app combo will be his new best friend out there (apologies to Hank Mardukas). It comes stacked with 3D mapping of almost 40 thousand courses and boasts shot tracking, distances, scorecards, stats, the works — a simple glance at his wrist should let him know to lay up on 17, though who knows if he’ll actually do it.

Phone cases are generally so innocuous that when someone has one that pops (pardon the pun), it really makes an impact. The Daily Edited’s signature case is just the thing — low key black leather elegance with one whack from the flex stick in the form of embossed gold initials. Make sure to use the word “embossed” when you give it to him, dads love that shit.

Dads also love the concept of “the last _____ you will ever own.” And as someone who has been beating the bejeezus out of a Hudson Sutler duffel for the last four years with virtually no ill effects, your correspondent can attest that they fit that particular bill to a T — brawny 18oz canvas with handsome leather accents, plus a laptop sleeve (why don’t more gym-appropriate duffels have these?) and the ability to throw pop’s initials on there. You know, so it matches his phone case.

I don’t typically advocate for the gift card, as it tends to come off as lazy and impersonal. In this case I’ll make an exception, however, as sunglasses are very specific to both taste and face type. And considering Warby Parker has more styles than you can shake an acetate stick at, the chances of your old man not finding something that floats his boat are slim — and dollars to donuts he’s so pleased with himself after choosing his frames that you get a blurry selfie as proof of his impeccable eyewear taste. They also do prescription versions in the event that his eyesight ain’t what it used to be.

Most dads stick to the usual suspects of the polo game — Polo, Lacoste, maybe the occasional Fred Perry if he’s British or Vineyard Vines if he’s a douche. Boast is your left-of-center surprise, featuring the brand’s signature Japanese Maple Leaf logo developed in 1973 as an “irreverent” and “subtly subversive” (Boast’s words) answer to European tennis brands. Dad’s golf buddies will no doubt get a kick out of it, and he’ll mention his clever progeny every time they do.

The only thing dads like more than owning nice things: taking care of the nice things that they own. And shoe trees are great because they’re a thing almost no guy would ever think to get for himself but will appreciate the hell out of when they’re keeping his expensive dress kicks in prime shape and smelling fine. Pro tip: grab him this swanky extra-long shoehorn to go with them — putting on shoes with lower back pain sucks.

Yes, he wants to be stylish, but he also wants to be comfortable and to be left alone. So here’s what you do: you cop him this handsome number from Goodlife that’s basically a swagadelic wearable towel (and maybe the matching shorts if you’re feeling flush), you tell him “enjoy these at the beach with this book I also got you” and then you f*ck right off.

To see the entire Gift Guide with gifts for every type of dad, step right this way.