The putatively unvaccinated world no. 1 somehow snaked his way into a medical exemption to play Down Under

This man is headed to Melbourne, whether we like it or not.
Photo by Juan Naharro Gimenez/Getty Images for Lexus
By Tanner Garrity @tannergarrity

Yesterday, Australia tallied record daily case numbers in Victoria, Queensland, South Australia, the Australian Capital Territory and Tasmania. And yet, in two weeks, the country will host its only Grand Slam tennis tournament and arguably the biggest sporting event it hosts each year, the Australian Open.

It’s a premier example of the uneasy calculus the continent is currently negotiating: Australia is eager to reopen its economy and return to some semblance of normalcy, but in doing so, might puncture the bubble that has protected its citizens from the worst of the last two years. Consider: America has had 300,000 more deaths from COVID-19 than Australia has had cases.

So it’s surprising, as Australia bets on vaccinations and the milder effects of Omicron, that its governing bodies are letting Novak Djokovic fly in and defend his title. After months of speculation, the number-one player in the world posted an Instagram yesterday, claiming he’s “heading Down Under with an exemption permission.” The news was later confirmed by Australian Open organizers.

There were two ways for Djokovic to get into this tournament. The first was to get vaccinated. No go. The 34-year old Serbian espoused anti-vax views throughout much of 2021, and his sport’s officials have had a difficult time getting him to change his mind. (It doesn’t help that he commands a veritable army of rabid, conspiracy-loving fans.)

The second way in was to be granted a medical exemption from Tennis Australia, which involves a “rigorous review process involving two separate independent panels of medical experts” — both the Victorian Department of Health and the Australian Immunisation Register have to agree that there is a legitimate medical reason the athlete cannot receive inoculation.

Just days ago, the second route seemed so unlikely that Srdjan Djokovic got on Serbian television and whined that Tennis Australia was “blackmailing” his son over his vaccination status.

And yet, here we are, with Djokovic likely landing in Melbourne sometime today. He won’t have to quarantine, just isolate until he records one negative test. According to the ATP, 95 of the top 100 players are vaccinated; but don’t expect any of the other four unvaccinated players, whomever they are, to be granted the same out-of-the-blue exemption that was just gifted to Djokovic.

On hearing the news, British doubles stars Jamie Murray and Liam Broady expressed what we’re all feeling. “I don’t know what to say about that really,” Murray said, befuddled. “I think that if it was me that wasn’t vaccinated, I wouldn’t be getting an exemption. But well done to him for getting cleared.”

Broady, pulling his face out of his hands, added: “At the end of the day you have to trust that he has a valid reason for the exemption. That’s all you can say about it really, isn’t it.”

What could Djokovic’s medical exemption possibly be? Some sort of autoimmune issue? An allergy concern? Who the hell knows. If this were a player who had never spoken out against the vaccine, disseminated pseudoscience or otherwise poked the bear for his own insecure amusement, perhaps the entire situation would be easier to accept. But somehow, he got his way.

Djokovic, remember, isn’t just the best player in the world. He’s specifically the best player Melbourne Park has ever seen. He’s won the tournament three years in a row, nine times total, and in 2020, said it was definitely his “favorite court, favorite stadium” in the world. Was a two-year-old quote enough to butter up the powers that be?

Someone at some level of government — either within the sport, or within the Commonwealth — clearly decided Djokovic was too important to the Australian Open to be barred from competition. They had a chance to take a stand and they didn’t. It’s a real shame, and an honest reminder that no matter how much high-profile anti-vaxxers play the victim, they often get their way — and drag the rest of us down with them. 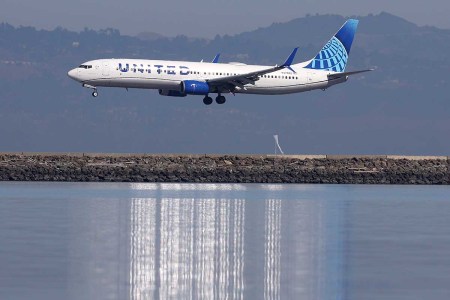 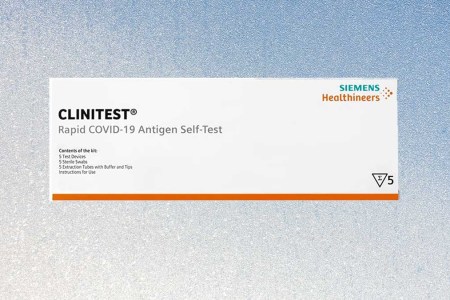 How to Have Sex With Monkeypox, According to the CDC