Besides the Autobahn, Where Else in the World Are There No Speed Limits?

Including: A little island and the fastest road in the U.S.

Did you hear about how Germany might put a speed limit on the Autobahn?

You’re in luck, speed Deutscher. The proposal was denied, according to Deutsche Welle.

But the mere thought of restricting the world’s most famous unrestricted stretch of road sent shockwaves. A German police union leader said being able to legally drive 150 MPH “is crazy,”  while the transport minister said a limit “goes against all common sense.” Then Bloomberg ran an opinion piece with the polarizing subtitle, “Autobahn speed limits would reduce carbon emissions and save some lives. They should be rejected anyway.”

In reality, as the Bloomberg column does go on to show, the argument goes far beyond the need for speed, delving into greenhouse gas emissions, over regulation and almost evenly split public opinion (though it skews in favor of a speed limit).

The biggest takeaway? Most people have no clue what other roads on this vast space rock of ours have no speed limit (or high enough to where it doesn’t really matter). The big problem is these regulations can change pretty fast, with most lists we found out there already outdated. To help you out, we’ve catalogued some of the fastest  roads in the world below — at least at the time of writing, so double check before you rent that Ferrari.

No Speed Limit: The Isle of Man
This 221-square-mile island situated in the Irish Sea between Ireland and Great Britain is known as the “Road Racing Capital of the World,” mostly for its notorious Tourist Trophy motorcycle race. But the title also alludes to the fact that many of the roads have no speed limit. Don’t believe us? They even tout their freedom on the official tourist website. The most famous stretch is most likely part of the TT course that runs across Snaefell mountain from Hillberry to a turn known as the Ramsey Hairpin. But even though there is no official speed limit, be warned that any unsafe driving may result in a ticket, just like anywhere else. Quartz cites that Afghanistan and North Korea as other countries without upper speed limits, but we’ll stick with Mann’s romantic seaside cliffs, thank you very much.

Highest Speed Limit in the U.S.: Texas State Highway 130
If there was a road in the States that was unrestricted, you’d know about it by now (from inclusion in a Fast and Furious movie, if nothing else). But Texas holds the record for top speed limit with 85 MPH on parts of SH 130, specifically a 41-mile toll stretch between SH 45 just south of Austin and I-10 just north of Seguin. Add it to your itinerary when you hit SXSW this spring.

Highest Speed Limit Outside the U.S.: United Arab Emirates
The Sheikh Khalifa bin Zayed Road, or E11 highway, runs adjacent to the Persian Gulf from the country’s northwestern border with Saudi Arabia to the eastern border against the tip of Oman. The speed limit was set to 160 KPH (roughly 99 MPH) in 2018, but because of construction that has dropped to 120 KPH in some sections — and speeding fines are becoming more strict.

Reliably High Speed Limit: Poland
Many of the motorways in Poland (called “autostrada”) allow a maximum speed of 140 KPH (roughly 87 MPH), which is 10 KPH above what Germany was considering limiting the Autobahn to. If that was ever enacted, you may just find Germans crossing the border, because Autostrada A2, or Autostrada Wolności, connects directly to the Autobahn across the western border. Both of these highways are part of the E30 route which connects Cork, Ireland to Moscow, Russia in 2,100 miles.

No Longer No Speed Limit: Northern Territory, Australia
“What about the outback of Australia?” some smartass yells out, probably. It’s true, the Northern Territory has had a long history of unrestricted roads, but after a 2016 election, which handed power to the Labor Party, a 130 KMH was reintroduced.

Main image: Autobahn by Marcus Pink via CC by 2.0 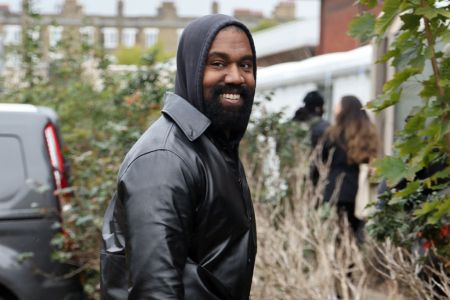 Could Kanye West Be Barred From Traveling to Germany?