Why Right Now Is the Perfect Time to Visit Australia

No, the bushfires haven't devastated the entire country

A couple walking through the Terindah Estate in Australia's wine region, the Pinot Coast
Visit Victoria
By Kirk Miller 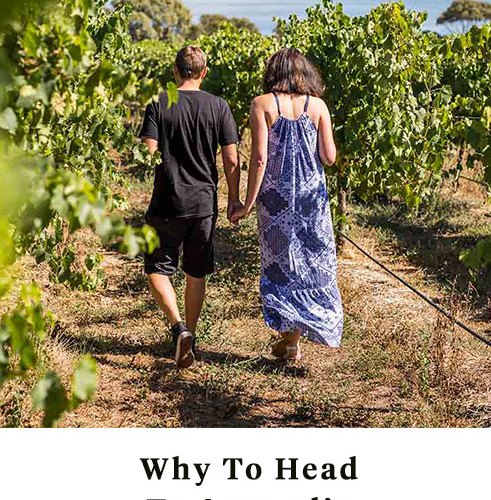 Continued bleak news and grim images surrounding bushfires (now mixed in with a bit of Coronavirus paranoia to boot) may have you questioning any potential visit to Australia.

That trepidation among travelers has led to a loss of tourist income estimated (as of the end of January) at $4.5 billion, with accommodation booking cancellations reaching upwards of 60%. And that’s in non-bushfire zones.

“These bushfires have dealt the biggest reputational blow to our tourism industry that it has ever faced internationally,” said Australia’s Prime Minister Scott Morrison, who recently announced a multi-million dollar tourism boosting program. “My message to anyone thinking about a holiday — from here or overseas — is that Australia’s towns and our incredible parks and beaches are open for business and they need your help.”

Or, to put it more bluntly, “The whole country didn’t burn down.”

“[TV] coverage has led to the incorrect view that all of Australia is on fire,” as Phillipa Harrison, Managing Director of Tourism Australia, told a local Australian news station.

The government itself notes that “many parts of Australia remain unaffected and are welcoming visitors.” You can find an updated list of safe areas here, which points out popular destinations for international travelers and whether they’ve been impacted by bushfires.

As of the end of January, the only major city in the country listed as more than partially “impacted” by the bushfires is the capital of Canberra, with seven other areas in the southeast listed as “partially impacted but still welcoming visitors.”

And even that terminology can be misleading. “When we use a word like affecting, we don’t mean those regions are entirely ablaze,” as a representative for Visit Victoria tells InsideHook (Victoria is a state in SE Australia near some of the bushfire activity, and home to the city of Melbourne). “It means that there are some pockets that are experiencing fires, some areas that are in fire ‘watch zones’ and some that are affected by smoke.”

An example of how safe it is: right now, 19 of the 21 tourism regions in Victoria are pretty much unaffected — and that includes popular tourism destinations such as The Great Ocean Road, Phillip Island and world-class wine regions like Yarra Valley, Pinot Coast (Mornington Peninsula and Geelong) and Shiraz Central (The Grampians, Ballarat, Bendigo).

Besides the country being pretty much business as usual, there are plenty of good reasons why the next few months are the perfect time to visit Australia. To wit:

Your money will go far

One U.S. dollar currently equals 1.49 Australian dollars. As a New Yorker visiting Melbourne in December, that meant (after some not-so-quick conversions in my head) that prices between the two cities felt pretty equal. Plus, tax and tip are included when you’re ordering food and drinks, so once you get used to that phenomenon and get over initial sticker shock, you’ll realize you’re spending about the same amount you’d be spending to visit any major U.S. coastal city (minus the airfare).

A lot of rain is predicted for the next week in Sydney (given the current situation, probably a good thing!), but the weather on Friday was listed as 82 degrees and sunny. If you’re into beach weather, surfing or just generally not wearing multiple layers, this is an ideal time to visit (it’s also outdoor concert season and there are plenty of events going on throughout the country, including the upcoming Melbourne Food and Wine Festival).

Airfare is going to get cheaper

Now through April (the “shoulder season”) you’ll see airfare prices fall while the summer weather is still present, and then dip to their lowest points closer to May as the weather starts to cool.

Visiting will help heal the country

As the rep for Visit Victoria told us, “The most impactful way for people (especially those abroad) to help is to continue to visit.” If you’re interested in donating can reach out to the Victorian Bushfire Appeal as well as the Bushfire Emergency Wildlife Fund — organized by Zoos Victoria — to raise much-needed funds for emergency veterinary care and scientific intervention (such as exploring supplementary feeding for the animals that survived but whose habitats have been destroyed by the bushfires). We have a list of additional organizations that can use your financial help here.

It’s an incredibly easy place to stay for awhile

Australia always has multiple cities near or at the top of the annual “World’s Most Livable Cities” index. Your only real worry should be wanting to stay once you visit.