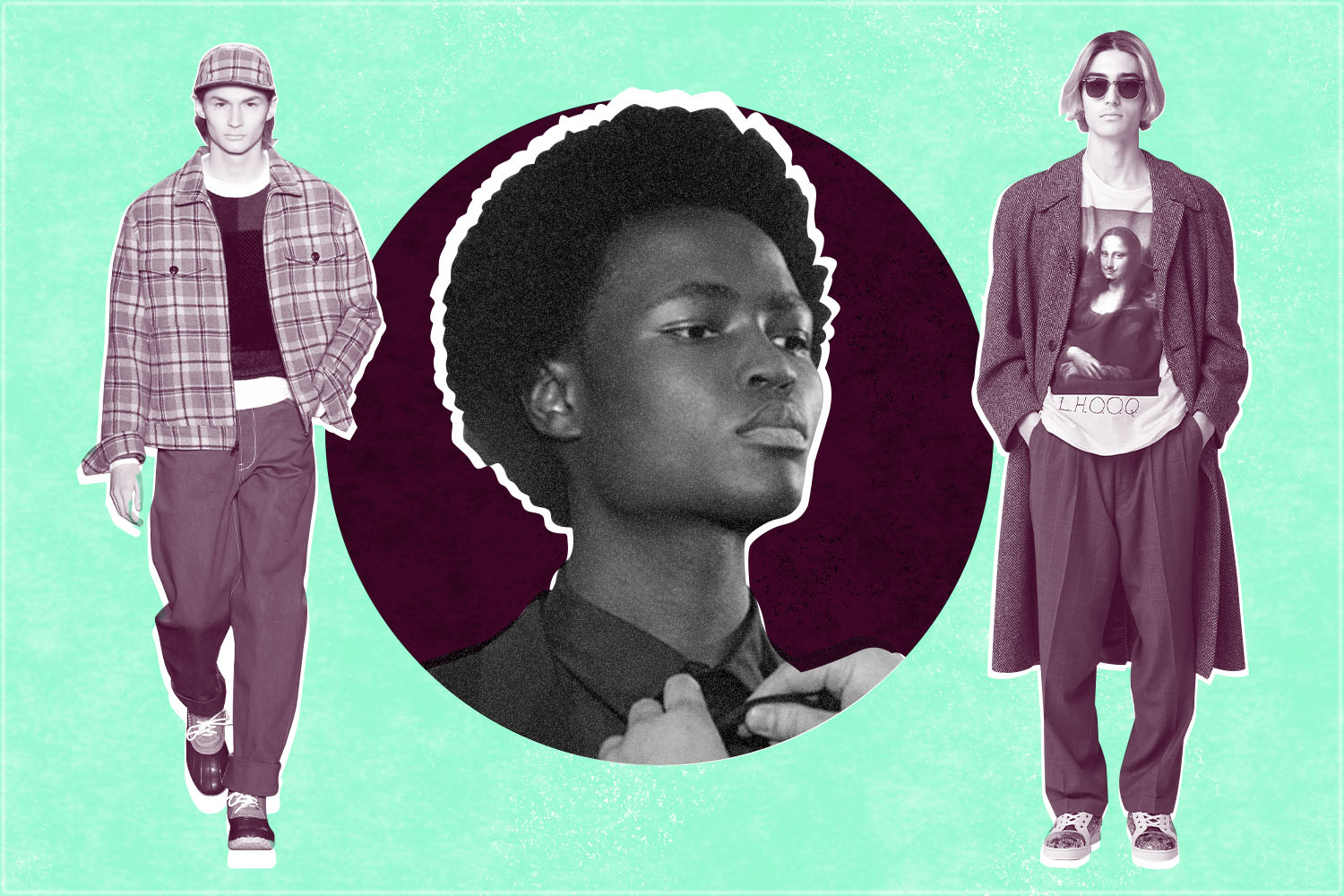 It might not feel this way in the middle of February, but soon enough you’ll be putting away the sweaters and pulling out your fits for spring and then summer. Hopefully you already know what you’re going to go with, because with another Men’s Fashion Week in the books, now we get to start looking forward to what you’ll be wearing … next fall and winter.

Below, our three big predictions for the trends that we expect to dominate men’s style over the next year.

Slim-cut suits have been en vogue for some years now. When I worked in suiting in college, older guys would come in looking to upgrade from their boxy Brooks Brothers suits and we were happy to get them fitted in something with a slimmer lapel and a double vent. But the trend has become overwrought: men are overcommitting to it and mistaking tight-fitting suits for good tailoring, and these days everyone from my local weatherman to Stephen Colbert is wearing a suit that is cut too slim for his frame. This is why it was so, so refreshing to see designers at fashion week send suits and separates down the runway this season that diverge from that. David Hearst showed boxy silhouettes; wider lapels, and pleated, billowy wool trousers with a half and sometimes even full break. N.Hoolywood also sent out suits and separates out in fuller cuts, with bold plays on proportions that took the wide cuts to another level — pairing boxy jackets with cropped pants made for a sort of morphed take on the David Byrne Stop Making Sense suit.

Then there was the much talked-about Todd Snyder and L.L. Bean collaboration: it featured plenty of knits (more on those in a minute), but also a selection of fuller-cut trousers in everything from a wool plaid to corduroy. The Snyder trousers also sit higher on the waist, a sharp tailoring complement to a wider or pleated leg.

Speaking of the Snyder show, we have to talk about the fucking sweaters, because they were superlative. I’m a born-and-raised New Englander and have spent every summer since I was a kid in Maine, so when I heard Snyder was collaborating with Freeport’s finest I was intrigued but slightly skeptical. The Bean aesthetic is known for a lot of things — being high fashion isn’t necessarily among them.

But the Snyder collection put L.L. Bean on the fashion map, and the knits featured in the collection were the star of the show. They looked like someone visited all the tacky winterwear shops in backwoods Maine and somehow — somehow — made them stylish. The irony of it all just works. There was a sweatshirt with geese on it and a sweater with an actual (albeit iconic) Bean boot on it. None of these things should register in my brain as fashionable, but somehow, through Snyder’s lens, they did. I think the knits especially (but the whole collection, really) worked because they weren’t trying to make L.L. Bean anything it isn’t. Instead of making the iconic brand into Todd Snyder, they turned Todd Snyder into the iconic brand, staying true to the bulky, almost dowdy silhouettes of Maine winters and infusing them with rich colors, outfitting them with luxe fabrics and leaning into the inherent un-chic-ness of the woodsy New England staples.

And for knits that are chic, look no further than the Gabriela Hearst collection, which featured some truly sublime and soft sartorial options, including a heathered navy suit and a refined take on the old-man sweater in the same soft heathered material.

The Hearst show also featured one of my absolute favorite trends: the “air tie,” aka buttoning your shirt all the way up but opting not to wear tie, or as I affectionately call it, the David Lynch.

Don’t get me wrong: I love a good tie. But the resurgence of the air tie opens up so many possibilities for an outfit: where a colored shirt can often look pedestrian with a tie, a colored shirt with an air tie — like Hearst features in one of their outfits — somehow looks both modern and retro, sufficiently minimalist without looking like something is missing. They also feature the air tie under a deep navy double-breasted suit with a pared-down peak lapel, this time on a pale yellow and white striped shirt which was one of my favorite looks of all of Fashion Week.

If the air tie isn’t your thing (you’re wrong, but OK), the Hearst show also featured another viable alternative to the standard shirt and tie: a turtleneck. But what gets these turtlenecks my stamp of approval is their fit: like the slim suit trend, too often men wear their turtlenecks too tight, and instead of looking refined, it looks suave and try-hardy. The Hearst turtlenecks are soft knits: not loose by any means, but they don’t cling too tightly under the jackets, which gives them a timeless flair.