Plus, the season should be over for one of league's most-popular QBs

With the Week 16 installment of Monday Night Football wrapped up and a slate of New Year’s games on tap, there are only two weeks left to go in the NFL’s regular season. While we can’t get to everything — like the NFL’s attempt to hijack Christmas Day from the NBA — here are four of the top Week 16 NFL storylines and whether we’re buying or selling ’em. (ICYMI, here’s what went down last week, along with Aaron Rodgers tossing a dime for the Packers in an upset win over the Dolphins.)

Buy: It’s over for Zach Wilson in New York

Booed then benched in Thursday’s 19-3 loss to the Jacksonville Jaguars at home in front of a MetLife Stadium crowd that has become fed up with his act, Zach Wilson will go from being New York’s starter against the Jags to being inactive for Sunday’s game in Seattle against the Seahawks and former Jets quarterback Geno Smith.

Instead of Wilson serving as the backup for Mike White, who will return for New York after being medically cleared to get back on the field, and Joe Flacco will serve as the backup and it’s possible that Chris Streveler, who came in as a replacement in Thursday’s debacle, will also be in uniform for Gang Green.

The fall from grace for Wilson, who was selected with the No. 2 overall pick last April and actually has a winning record this season as a starter (5-3) despite throwing for more interceptions (seven) than touchdowns (six), has been swift and there’s a real possibility he has started his last game for the Jets.

His mother, if screenshots from social media are on the level, isn’t helping matters.

Leaving his mother to the side, Wilson (who has an interesting relationship with a friend’s mother, possibly) has simply not done enough on the field or off of it to give the Jets any confidence that he can be the franchise quarterback they drafted him to be. Just 9-of-18 for 92 yards and a QBR of 5.2 before being replaced in the third quarter by former practice squad QB Streveler on TNF, the 23-year-old may have what it takes to play in the NFL, but it appears Wilson is simply not cut out to make it in New York. For the Jets, who have been looking for a quarterback for the better part of two decades, it’s more of the same.

With the team 7-8 and knocking on the door of the playoffs, at least head coach Robert Saleh has figured out that continuing down the same path won’t lead the organization anywhere new. “The quarterback is the head of the snake,” Saleh said. “You want the head of the snake to be stable, and we just haven’t been able to. I’m responsible for it also. It starts with me.”

And Wilson is done starting for the Jets, probably permanently. 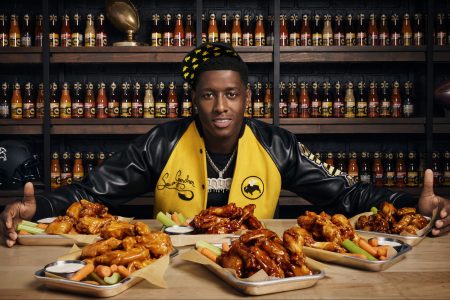 Sell: Nathaniel Hackett was just a fall guy in Denver

Following Denver being embarrassed 51-14 by the Los Angeles Rams and claimed-off-scrap-heap starter Baker Mayfield, the Broncos made a move that seemed like it was coming since Week 1 of the season and fired first-year head coach Nathaniel Hackett on Monday.

Signed this offseason before the team acquired former star quarterback Russell Wilson via trade from the Seahawks, Hackett led Denver to a 4-11 record before being fired after enjoying the shortest tenure of any noninterim head coach in franchise history. The Broncos were sold during Hackett’s reign to a group led by Walmart heir Rob Walton, who apparently was willing to swallow whatever was remaining on his 43-year-old former coach’s contract.

For Walton, paying to move on from Hackett may end up being worth it if whoever is hired as his replacement is able to come in and get Wilson to return to the form he displayed in Seattle earlier in his career. That may be easier said than done as Wilson appears to have lost a step or two after not being very good in his final season with the Seahawks and is probably as equally to blame for Denver’s struggles this season as Hackett, but it’s far easier to replace a coach in the NFL than it is a franchise quarterback with a massive contract that includes a guaranteed $165 million payout.

Given the financial realities of the situation, there’s no doubt that Hackett is partially taking the fall for Wilson’s struggles in Denver, but he was also extremely complicit in his own demise with the Broncos and clearly didn’t seem to be up for leading a team in the NFL. Hackett, who will be replaced by former Baltimore Ravens assistant coach Jerry Rosburg for the remainder of this season, would’ve been in trouble whether Wilson was good or not. Proof:

“Following extensive conversations with [general manager] George [Paton] and our ownership group, we determined a new direction would ultimately be in the best interest of the Broncos,” Walton’s co-owner and son-in-law Greg Penner. “This change was made now out of respect for everyone involved and allows us to immediately begin the search for a new head coach. Moving forward, we will carefully evaluate every aspect of our football operations and make whatever changes are necessary to restore this franchise’s winning tradition.”

It’s not solely Hackett’s fault that winning tradition came to a halt this season, but he deserved enough blame to be gone.

Buy: Sam Darnold may have saved his career

Drafted third overall in the 2018 NFL Draft by the Jets, Sam Darnold was traded for pennies on the dollar to the Panthers after going 13-25 over three seasons in New York. After an up-and-down time in Carolina, Darnold is starting once again for the Panthers and has a 3-1 record this season. It hasn’t been pretty as Darnold has just five overall touchdowns in his four starts, but he has yet to turn the ball over this season and somehow has the Panthers (sitting nicely at 6-9) in competition for a playoff start.

While the Panthers may be back on the market for a quarterback during this offseason and could certainly draft one depending on how the season ends up, Darnold may have saved his career with the way he has performed this way Carolina and should certainly be back in the mix to compete for a starting job with a QB-needy team next season.

Darnold, who had the fifth first of his rookie contract picked up and will have made about $50 million by the time he heads into the offseason as a free agent, basically is back to having his fate in his own hands and could actually have a shot at a starting job in Carolina next season if the Panthers can somehow get into the postseason. For a player who was written off by almost everyone following an abysmal 2021 season and has been yanked in and out of the starting lineup for the last two years, that should be considered a huge win.

Much may depend on whether the Panthers, who are being led by Steve Wilks after firing Matt Rhule earlier this season, retain their interim head coach or decide to go in a new direction. Whatever happens with that position, Darnold, who has completed 61.4% of his passes for 759 yards in four starts, has at least done enough this season to show that perhaps the struggles of his first three seasons in the league are more reflective of the team he was playing for than his own shortcomings as a quarterback. (The Geno Smith Effect?)

Will Darnold be a star? Not likely. Will he even be a starter? Perhaps not. But he’s done enough to get another shot.

Already concussed twice this season before becoming a resident of the NFL’s concussion protocol once again a day after Miami’s loss on Sunday to the Green Bay Packers, Dolphins quarterback Tua Tagovailoa is in real danger of missing Sunday’s game against the New England Patriots. It’s a very important game for both teams as both still have a shot at the playoffs, but there’s no way Tagovailoa should play.

That’s far from a hot take, but it’s worth remembering as Miami coach Mike McDaniel has already said it’s too early to name a starting quarterback for Sunday’s game, but also said that he cares “very deeply about each and every player.”

If that’s even remotely true, Tagovailoa shouldn’t even come close to an NFL football field for the rest of this season as Sunday’s game was the second time Tagovailoa was not taken out of the game or evaluated for a concussion after clearly taking a hit to the head. Once was enough and twice was bad, but if Tagovailoa returns and is hit in the head again, it will make the already flimsy claims that the league makes about player safety collapse entirely.

Obviously, the Dolphins want Tagovailoa to play. And Tagovailoa, who displayed and admitted to having concussion symptoms when he spoke with team doctors Monday before being placed into the protocol, probably wants to play as well as he’s one of the more popular players in the NFL and received 306,861 votes to lead the entire NFL in balloting for the 2023 Pro Bowl Games (but didn’t end up getting picked). But finally, once, possibly for the first time, the NFL should actually do something meaningful and save a player from himself by keeping him sidelined, indefinitely.

“I just want him to get healthy and have peace of mind in that regard,” McDaniel said. “It’s about the human being and making sure he’s squared away.”

Hopefully that’s true and McDaniel and the NFL make sure Tagovailoa is sidelined for the rest of the 2022 season, at least.