Yesterday evening on Monday Night Football San Francisco quarterback Jimmy Garoppolo tossed four touchdown passes as the Niners rolled to an easy win over the Arizona Cardinals in Mexico City. It was the first time this season that Garoppolo, who was supposed to ride the bench before an injury to second-year QB Trey Lance, had thrown more than two touchdowns in a game this season.

For second-year quarterback Zach Wilson, who was drafted ahead of Lance at No. 2 overall last April, four touchdown passes in a game would be a milestone as that is as many TDs as he has thrown this season as the starter for the New York Jets.

To say Wilson, who was injured for part of the season, has been bad would be an understatement and it would probably be more accurate to characterize him with another B-word: bust.

Sunday’s game against the Patriots was a low point for Wilson as the Jets had just two total yards of offense in the second half of their 10-3 loss to New England, an average of just 2.77 inches per play. Of New York’s 13 possessions in the half, none reached the red zone and the Jets had more punts (10) than Wilson had completions (9). Sacked four times on the day, Wilson completed just 5-of-16 passes when he was unpressured, the lowest by any quarterback this season.

Despite the horrendous showing (9-of-22 overall for a career-low 77 yards), Wilson was defiant about his performance following the loss. Asked if he let down the defense, Wilson said simply, “No. No.” 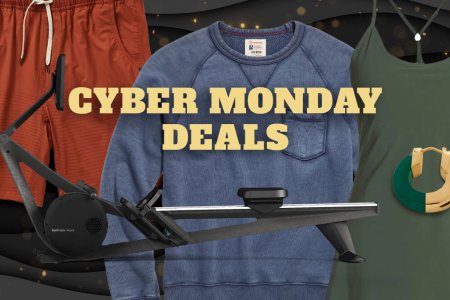 Hundreds of deals on boots, sweaters, headphones, gifts for her and tons more

That lack of accountability predictably did not sit well in New York’s locker room and it seems very likely that wide receivers including Garrett Wilson and Denzel Mims expressed their concerns behind closed doors. Publicly, Garrett Wilson ranted to reporters and called New York’s offense a “sorry” unit without mentioning his quarterback’s name.

All of that pent-up frustration came to a boil late Monday and led New York coach Robert Saleh to say he won’t commit to playing Wilson at QB in Week 12 for the Jets (6-4) home game against the Chicago Bears (3-8). “We’re keeping everything on the table over the next couple of days,” Saleh said. Asked if Wilson is his guaranteed starter, he said, “Not right now, not until I’m done evaluating everything.”

It won’t be easy for Saleh to turn to backup quarterback Mike White or third-stringer Joe Flacco, but the Jets are finally doing the right thing at quarterback by putting Wilson on notice that the job is his to lose. As the 33rd Team points out, some time on the bench could actually benefit Wilson in the long run if the Jets really do see him as their franchise quarterback moving forward.

“Wilson doesn’t lack talent; he’s actually got a whole lot of it. But right now,  he’s lacking conviction. He looks unsure in that all-important moment quarterbacks are presented with throughout a game where the ball needs to come out,” per the publication’s Paul Burmeister. “I think that’s mostly a vision thing, but the uncertainty he’s feeling has invited footwork and balance issues as well, both of which often look out of sync at the top of his drop. And while there’s no guarantee that a stint on the bench will cure that, he just may see it better in his next run of games if he’s allowed to exhale, take his experience to the sidelines, and watch a veteran do it better.”

Even if Wilson does get on the field this week and plays horribly, it won’t be the worst moment the Jets have ever seen from one of their quarterbacks during Thanksgiving week.

UPDATED: As for Wilson…