Plus, it's time for an interim head coach to have that tag removed from his title

Jalen Hurts is 12-1 this season after beating the New York Giants on Sunday.
Al Bello/Getty
By Evan Bleier @itishowitis

With the 14th installment of Monday Night Football complete, there are just four weeks left to go in the NFL’s regular season before the postseason begins. While we can’t get to everything — like Odell Beckham’s continued absence from an NFL roster — here are four of the top Week 14 NFL storylines and whether we’re buying or selling ’em. (ICYMI, here’s what went down last week, along with a clip of Detroit’s Jared Goff clinching a win for the Lions over the division-leading Minnesota Vikings with a throw to right tackle Penei Sewell.)

Buy: Jalen Hurts is playing like the league MVP

Now 12-1 following a 48-22 beatdown of the Giants in New York, the Philadelphia Eagles are the first team in the NFL to clinch a playoff spot and hold a two-game lead over the Cowboys (10-3) in the NFC East. With an excellent chance of locking up the No. 1 seed in the NFC, the Eagles also have awesome odds of having the league MVP on their roster as third-year quarterback Jalen Hurts is now the favorite to capture the award. At this point, he should be.

Hurts, who was behind Patrick Mahomes in MVP odds entering Week 14 and was a longshot to win the award before this season kicked off, had an excellent game against the Giants as he went 21-for-31 for 217 yards and two touchdowns, and added 77 yards and a score with his legs. Had the game been remotely close, Hurts probably could have shredded the Giants for more yards through the air, as well as on the ground.

Following Sunday’s effort — which gave Hurts 10 rushing touchdowns for the second consecutive season and made him the first quarterback in history with back-to-back seasons of double-digit scores on the ground — the second-round pick has the best quarterback rating in the NFL at 108.4 and is completing a ridiculous 68% of his passes.

With just five turnovers and 32 total touchdowns, Hurts is taking full advantage of having wide receivers A.J. Brown and DeVonta Smith — who combined have caught 30 passes for 451 yards and five touchdowns over the past three weeks — as options and will have another lethal weapon at his disposal if star tight end Dallas Goedert is able to return from IR for next week’s game against the Bears as expected.

Presiding over an offense that has led the NFL in scoring (41.0 PPG) and total yards per game (463.3) since Week 12, Hurts has become nearly impossible to defend as his dual-threat ability ascended to a whole new level this season, thanks to the addition of Brown in the offseason and the added comfort that Smith, the winner of the 2020 Heisman Trophy, has developed in his second year in head coach Nick Sirianni’s offense.

“The most simple thing we’ve done is to try and grow and execute,” Hurts said following Sunday’s win. “It’s good that we prepared in a way that we’ve been able to execute at a high level. We just want to continue to do that. That’s the name of the game.” 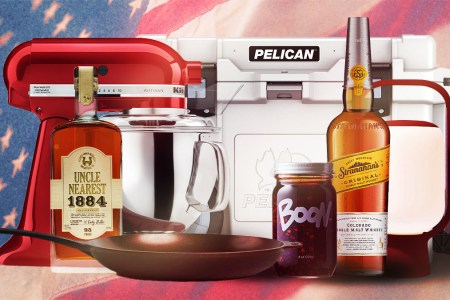 Mildly productive earlier in the season, second-year wide receiver Terrace Marshall Jr. had just one catch on Sunday for the Panthers as Carolina upset the Seahawks, with quarterback Sam Darnold under center running a ground-and-pound offense that racked up more than 200 rushing yards in the 30-24 win over Seattle. Marshall, who was picked in the second round of the 2021 draft, made it count.

Needing a first down in the second half with the game in doubt, Marshall lined up against Seahawks cornerback Tariq Woolen and attempted to get open so Darnold could hit him with a pass. Darnold, who was 14-of-24 for 120 passing yards and a touchdown, was able to get a throw off to Marshall that slipped through the young wideout’s arms — and into his legs.

Believe it. Officials looked at the replay and were probably surprised by what they saw, too. Somehow, Marshall held onto the ball between his legs and pinned it to himself with his hands as it began to slip as he rolled on the turf.

When the play was over, Marshall had the ball and the Panthers had a first down. Amazingly, the catch stood after a replay review when the Seahawks challenged it.

For Marshall, who has not had an amazing start to his career but also hasn’t had very good quarterbacks throwing him the ball during his first two years in the NFL, the leg catch is the biggest highlight he’s had since joining the Panthers and could very well end up being his top play of the season, considering how little and how inefficiently Carolina throws the ball.

Buy: Steve Wilks has earned the coaching job in Carolina

Speaking of Carolina — who cut Baker Mayfield last week and fired third-year head coach Matt Rhule earlier this year — and their inability to use the passing game, the Panthers won two games in a row to establish their first winning streak of the season. After a 1-4 start followed by the trade of star running back Christian McCaffrey to the San Francisco 49ers, Carolina winning consecutive games seemed like pure fantasy, but interim head coach Steve Wilks has made it a reality.

Now 4-4 since taking over the team when Rhule was let go, Wilks has gotten a team that is basically devoid of offense talent (no offense to Marshall) to play hard and play well as the Panthers, who had an inside shot at the first overall pick in the 2023 NFL Draft just two months ago. Now, trailing the division-leading Tampa Bay Buccaneers (6-7) just one game in the putrid NFC South, the Panthers (5-8) actually have a legitimate shot at moving into first place and locking up the automatic playoff berth that would come with it.

It’s a borderline miracle, and Wilks, who has been forced to use Mayfield and Darnold as well as PJ Walker and Jacob Eason at quarterback this season, deserves credit.

He also deserves to have the interim tag removed from his title, as he’s won almost as many games (four) as Rhule was able to win (five) in both of his full seasons running things in Carolina. Undefeated at home (3-0) and in the division (2-0) with Wilks as coach, the Panthers don’t have a quarterback, but they do have a leader and should jump at the chance to add some stability to a franchise that has largely been rudderless since Cam Newton led Carolina to a Super Bowl berth following the 2015 season.

When Wilks was named interim coach, Carolina owner David Tepper said he had to do an “incredible” job to be considered for the full-time gig. Up to this point, he has, and that achievement should be recognized by management. “For 13 weeks, I said I was going to do it my way with players, coaches and the mentality and the culture that I wanted to create,” Wilks said of his future with the team. “So our mindset doesn’t change. It’s all about winning today.”

If the Panthers want to keep winning tomorrow, they should make Wilks their permanent head coach immediately.

Questionable to miss Sunday’s game against the Titans because of a toe injury, Trevor Lawrence lobbied to play against Tennessee, and the Jacksonville Jaguars are certainly glad that he did.

Coming off a loss against the Lions, Lawrence was surgical against the Titans and completed 30-of-42 passes for 368 yards with three touchdowns and no interceptions in Sunday’s 36-22 win over the Titans in Nashville. It was a career-high in yards for the second-year quarterback, who also tacked three rushes for seven yards and an additional score in Sunday’s win.

Lawrence, who will have a much more difficult time dropping back against the Cowboys in Week 15, is in the midst of the best stretch of his career and has completed 125-of-174 passes for 1,300 yards, 10 touchdowns and zero interceptions in Jacksonville’s four games since Week 9. He now has 20 total touchdowns and nearly 3,000 passing yards with four more games left to play.

It’s been an impressive stretch for the Clemson product and it’s very encouraging to see Lawrence finally showing off the skill set that made him the No. 1 overall pick last year, but his elevated play won’t be enough to propel Jacksonville into the playoffs for the first time since the 2017 season.

Even with Sunday’s win, the Jags are just 5-8 on the season and are still two games behind the stumbling Titans (7-6) in the AFC South, despite Tennessee losing three games in a row. If the Jaguars win out, which won’t happen, they’ll finish over .500 at 9-8, but they still probably won’t be able to catch Tennessee for the division lead unless the Titans completely go down the tubes.

With games against the Chargers, Texans and Cowboys in the next three weeks, it’s entirely possible Tennessee loses twice and will head into the final week of the season at 8-8. In Week 18, Tennessee and Jacksonville will meet for the second time during a game that would decide the division if the Jags are also 8-8 after the next three weeks. However, there’s almost a 0% chance the Jags will run the table in the next three weeks, as they have the Cowboys, Jets and Texans on tap before the season finale against the Titans. Given how well Lawrence is playing, beating the Texans should be a lay-up, but knocking off both Dallas and New York beforehand will be a tall order for Jacksonville to fill.

Thanks to what Lawrence has done during the past four weeks, a playoff berth is not out of the question for the Jags mathematically, but in reality Jacksonville has to dig out of too deep of a hole to climb into the postseason. “You want as a quarterback to play as good as you can, because when your quarterback plays well, it gives you a chance to win every week,” Lawrence said on Sunday.

To get to the postseason, the Jags have no choice but to win every week moving forward. They won’t. Lawrence is good, but he’s not that good — at least not yet.