Insiders dish on the top places to find a break this coming fall and winter. 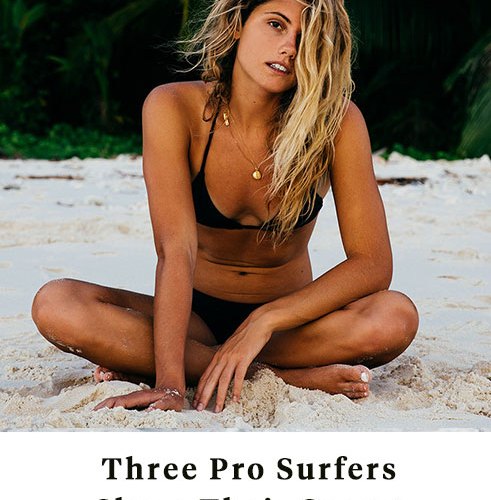 Face it: summer is practically over. And at least for most of our RealClearLife readership on the East Coast, it’s getting darker earlier, and an all-too-familiar chill is starting to return to the air.

But look on the bright side: the arrival of fall and winter also marks the perfect time to start planning your next vacation, preferably to a warmer part of the world where action sports abound. Maybe you can rent a luxury villa while you’re at it—or make time for that 128-mile trek.

To set you on the right course, RCLife tracked down three “travel experts”—professional surfers Quincy Davis, Alessa Quizon, and Bruna Schmitz—to provide you with ample ideas for warm-weather destinations. Of course, all have some of the best surfing in the world. 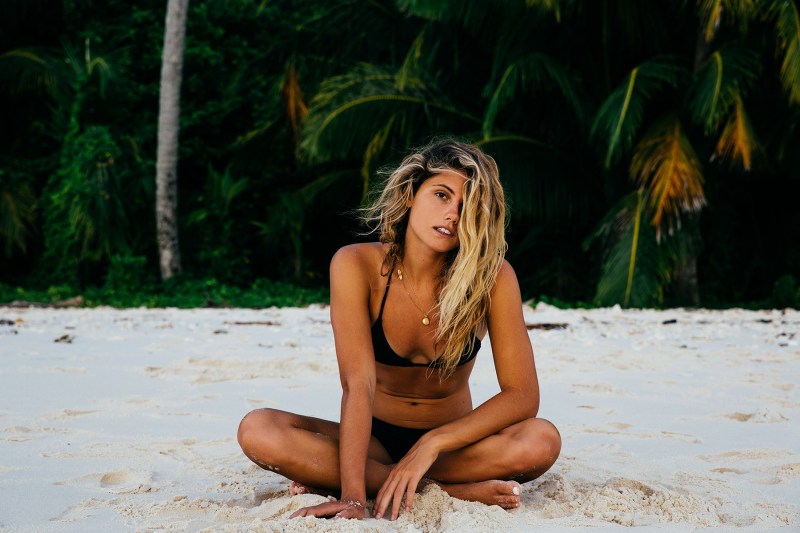 You’re an East Coaster. Are you a wintertime surfer?
“No, I surf up until November-ish. I’m not a big fan. I actually go to Rincon, Puerto Rico, in the wintertime. But my boyfriend actually loves to surf in the winter; it’s his favorite time to surf, because there are no crowds.” (Quincy tells us she’s dating fellow pro surfer Pat Schmidt.)

Give us the lowdown on Rincon. What’s the best break there?
“I’ve been going there since I was about 10 years old. My parents would bring a tutor that would come and live with us for the winter, so we’d [get] home-schooled. They loved it so much that they ended up building a house there. I surf Domes a lot.” 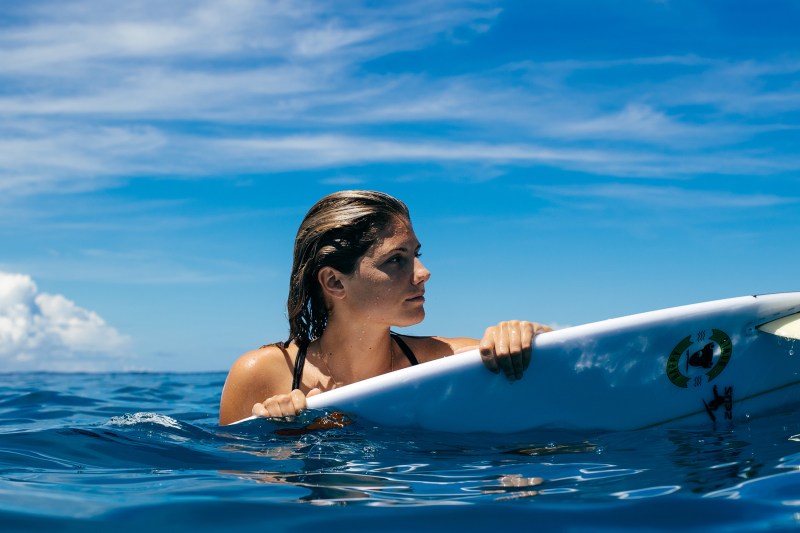 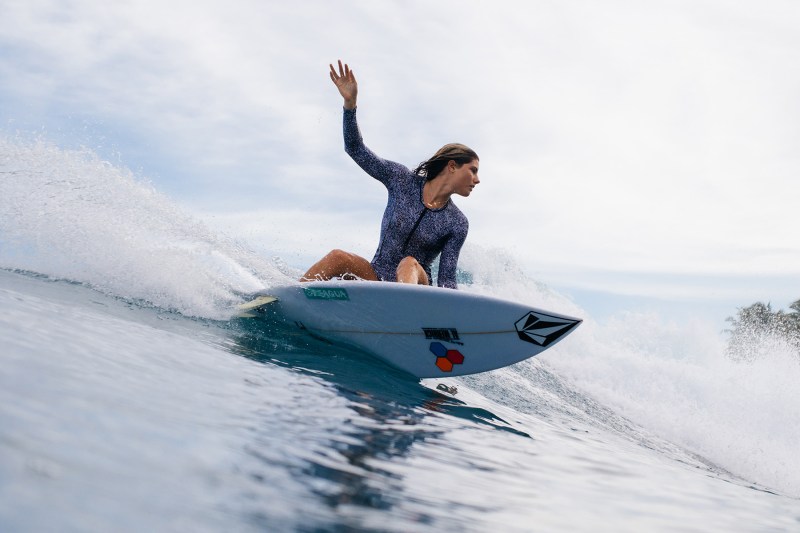 On your Instagram page, there’s a video showing you practicing martial arts. If we met in a dark alleyway, should we be scared?
[laughs] “I do it for a workout, so who knows how good I actually am. But I’ve been boxing a bunch with a trainer from Gotham.”

If you could surf with one U.S. politician, who would it be?
“Oh god. I don’t really know that many. I’m bad with politics. Does Michelle Obama count?”

Sure. Would you go surfing with President Trump if he offered?
“No…I don’t want to surf with Trump at all.”

Better Patrick Swayze movie: Point Break or Dirty Dancing?
“Dirty Dancing. It’s my favorite movie.” [Writer’s Note: Unbeknownst to this writer or the interviewee, this question was asked on that movie’s 30th anniversary.]

Further Reading: In 2013, The New York Times wrote a rather detailed feature on surfing in Montauk (and around New York, for that matter), and Quincy is quoted throughout. 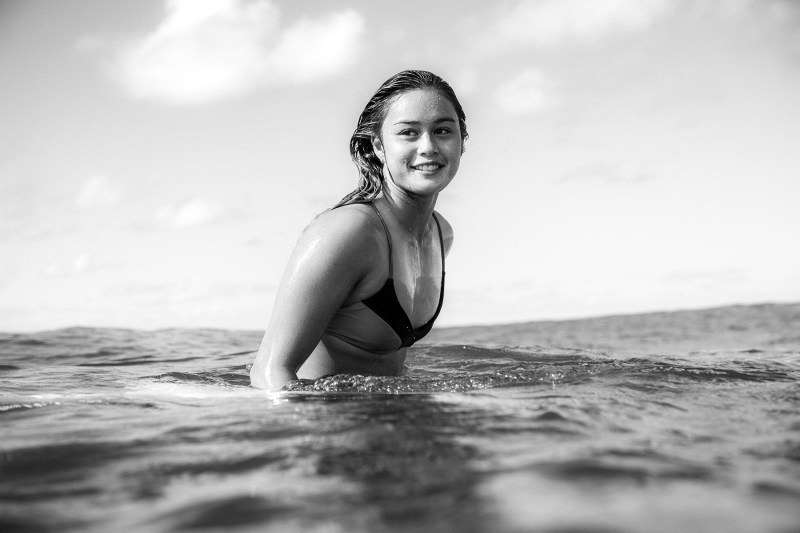 Favorite warm-weather surfing destinations?
“My favorite one to surf aside from my home, Hawaii, would have to be Fiji. Cloudbreak and Restaurants are two of my favorite lefts to surf in the world.” [Surf Lingo Alert: “Lefts” are waves that break from left to right.]

Best post-surfing cocktail?
“I’m not a big drinker, but I do recommend you try the drink called ‘kava.’ It’s a Fijian drink that’s made out of a root. Have a local make you one.” [Writer’s note: Or just make one at home.] 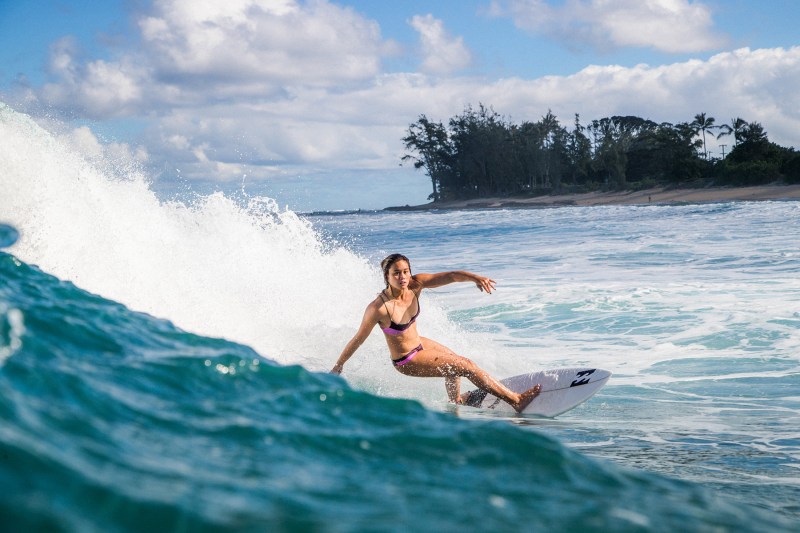 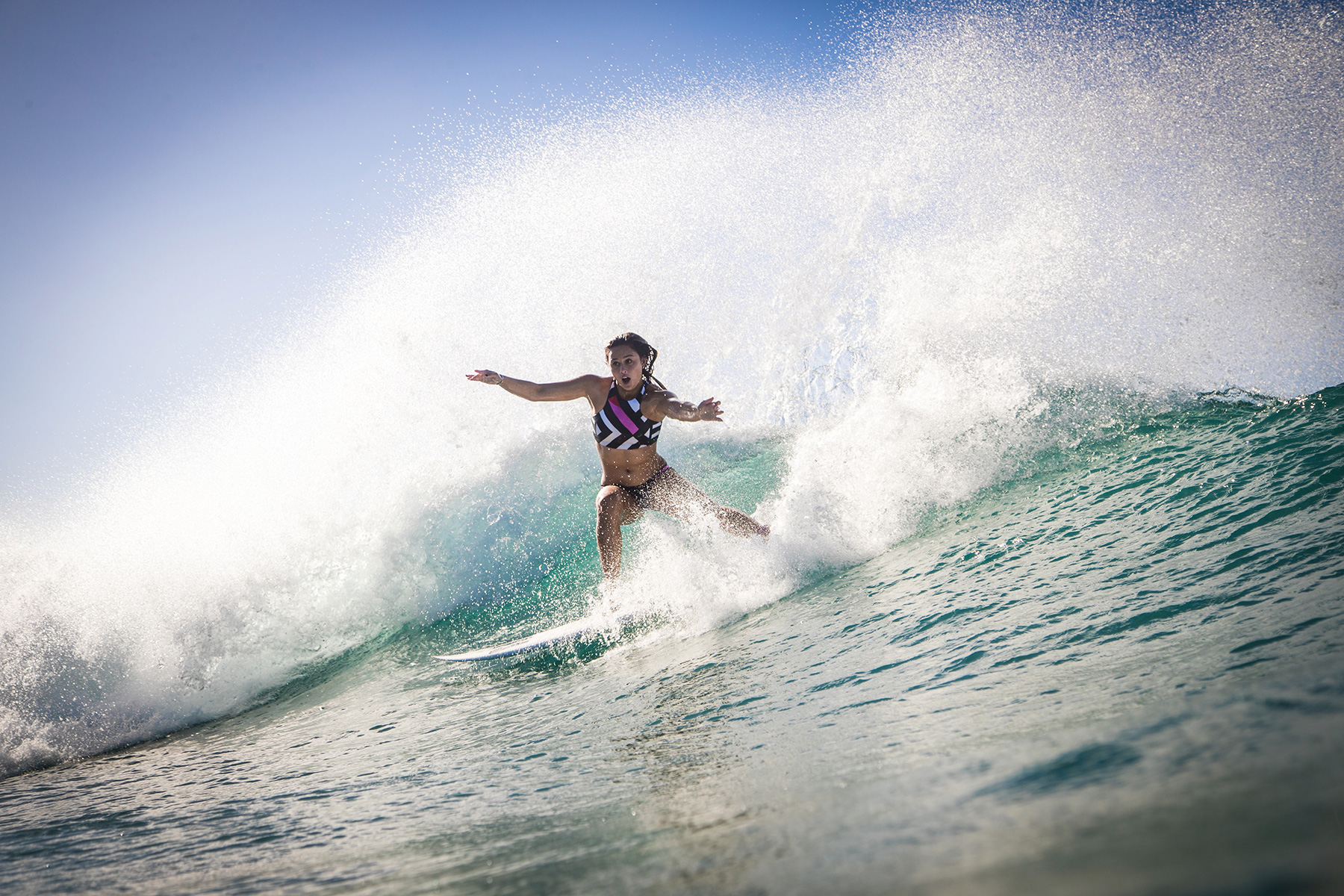 Favorite fancy restaurant abroad?
“When traveling to certain parts of the world, ‘fancy’ can be hard to come by. Personally, I love the local foods. When I go to Fiji, I stay on an island called Tavarua. There is only one resort on that heart-shaped island, and they serve buffet-style throughout the day.”

The town of Makaha, where you’re from in Hawaii, means ‘fierce’ or ‘savage.’ Be honest: how many hearts have you broken?
“Haha, breaking people’s hearts is never a proud moment.”

What you’re really thinking during a photo shoot …
“I’m actually doing a shoot right now, and the last thing I thought about after shooting was: ‘Yes, dinner time!’”

Fun Fact: Alessa tells us she’s “not into politics at the moment.” Read: If you ever run into her at a popular break, you know what not to bring up! 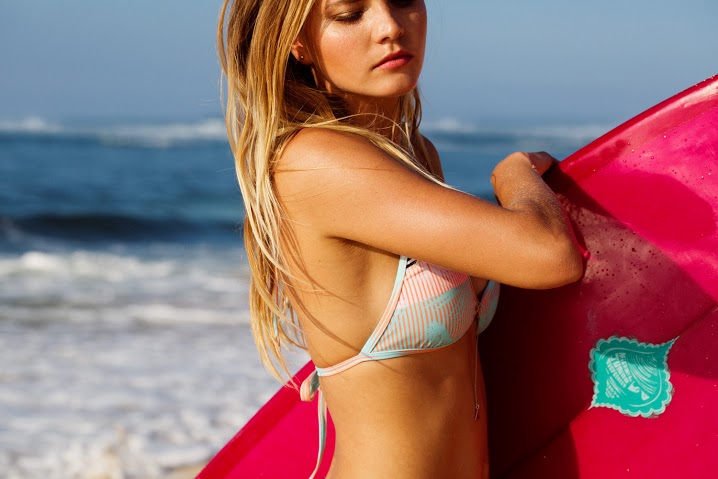 Favorite warm-weather surfing destinations?
“I love islands in general, and my top favorites would be Fiji, the Maldives, Indonesia, [and] Hawaii.”

What kind of media do you travel with?
“Spotify is my travel partner, because I can download all the songs offline and listen to any songs that I like, so that’s a really big one for me. I [also] download movies and shows on Netflix that I can watch on the plane.” 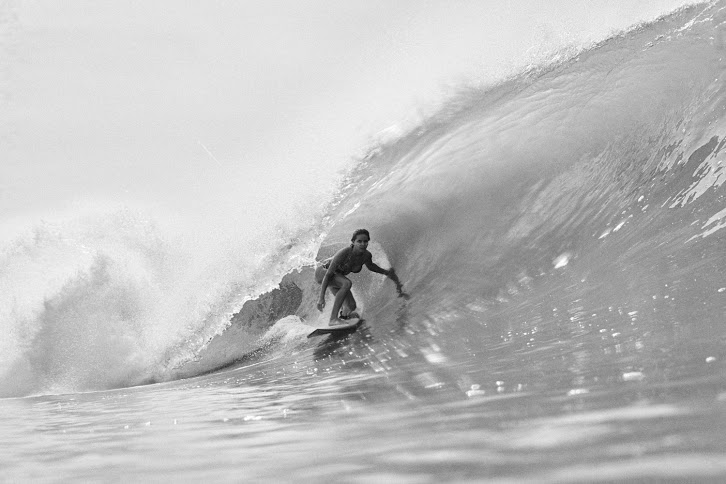 How about some music recommendations? Seu Jorge, Cássia Eller, and Claudia Leitte. [You might recognize Jorge from roles in critically acclaimed movies City of God and The Life Aquatic with Steve Zissou, for which he recorded most of the soundtrack, too.]

U.S. politician you’d most like to surf with? Barack Obama.

License to ‘Ill’ustrate: In 2011, Bruna was the first Brazilian athlete to ever appear in the pages of the Sports Illustrated Swimsuit Issue. Take a look at some outtakes from her shoot below.