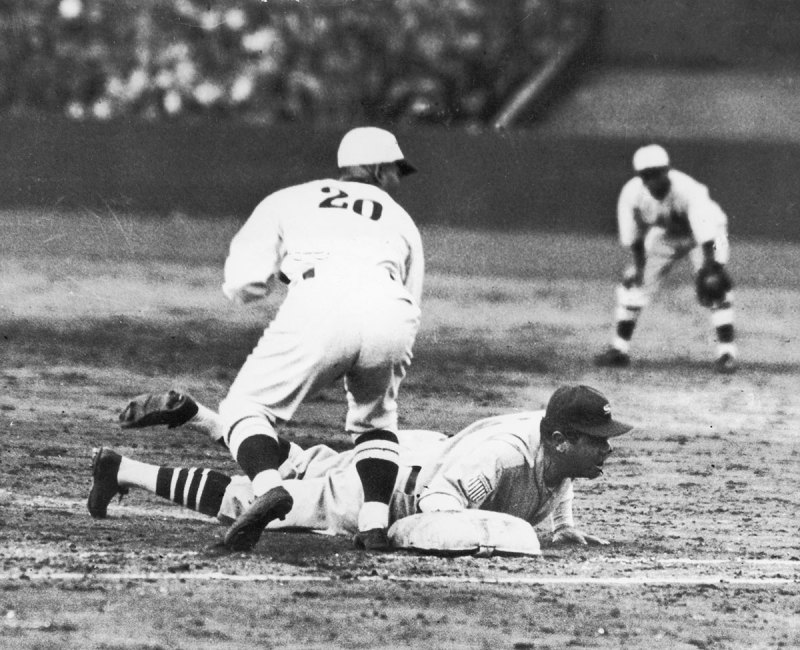 Babe Ruth slides safely into second base during a game between American all-stars and a team of Japanese all-stars at Meiji Shire Grounds, Tokyo, Japan, November 21, 1934. (Bruce Bennett Studios/Getty Images)

These days, most baseball fans know it as an international sport, with Major League players from countries such as South Korea, the Dominican Republic, Venezuela, Cuba, and Japan. The league even launched the World Baseball Classic to help keep the gospel spreading.

But back in the 1920s and 1930s, the sport’s professional face was largely known only within the confines of the U.S., with fans of the world having little exposure to it beyond what they may have read in the newspaper. The Japanese, for example, had been introduced to baseball as early as the 1870s, but had never actually had the chance to see it played by the American greats of the game.

That would all change in the early 1900s, when America began sending over parties of ballplayers to “tour” the sport, showing off our greatest pastime and actually playing Japanese teams. In 1922, for example, a group of four future Hall of Famers—Herb Pennock, Casey Stengel, George “Highpockets” Kelly, and Waite Hoyt—journeyed to the Far East to show off their diamond prowess in Japan, Korea, China, Manila, and Hawaii (which wouldn’t reach statehood until ’59). The best known tour, however, took place in 1934, when baseball sent to Japan a number of future of Hall of Famers, including Jimmie Foxx, Lou Gehrig, and its greatest ambassador, Babe Ruth.

From August 27-28, as part of its “Sports Collectibles Platinum Auction,” Heritage is putting historical items from the various world tours on the block. Register your bids and view all of the lots here. View a small sampling of the memorabilia below. 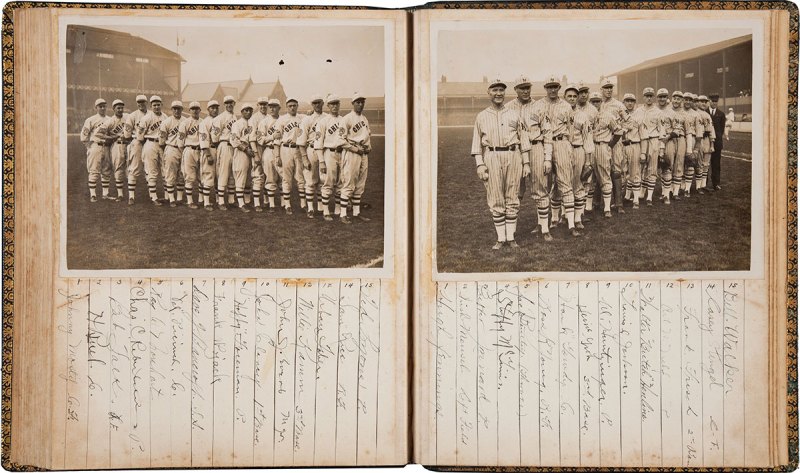 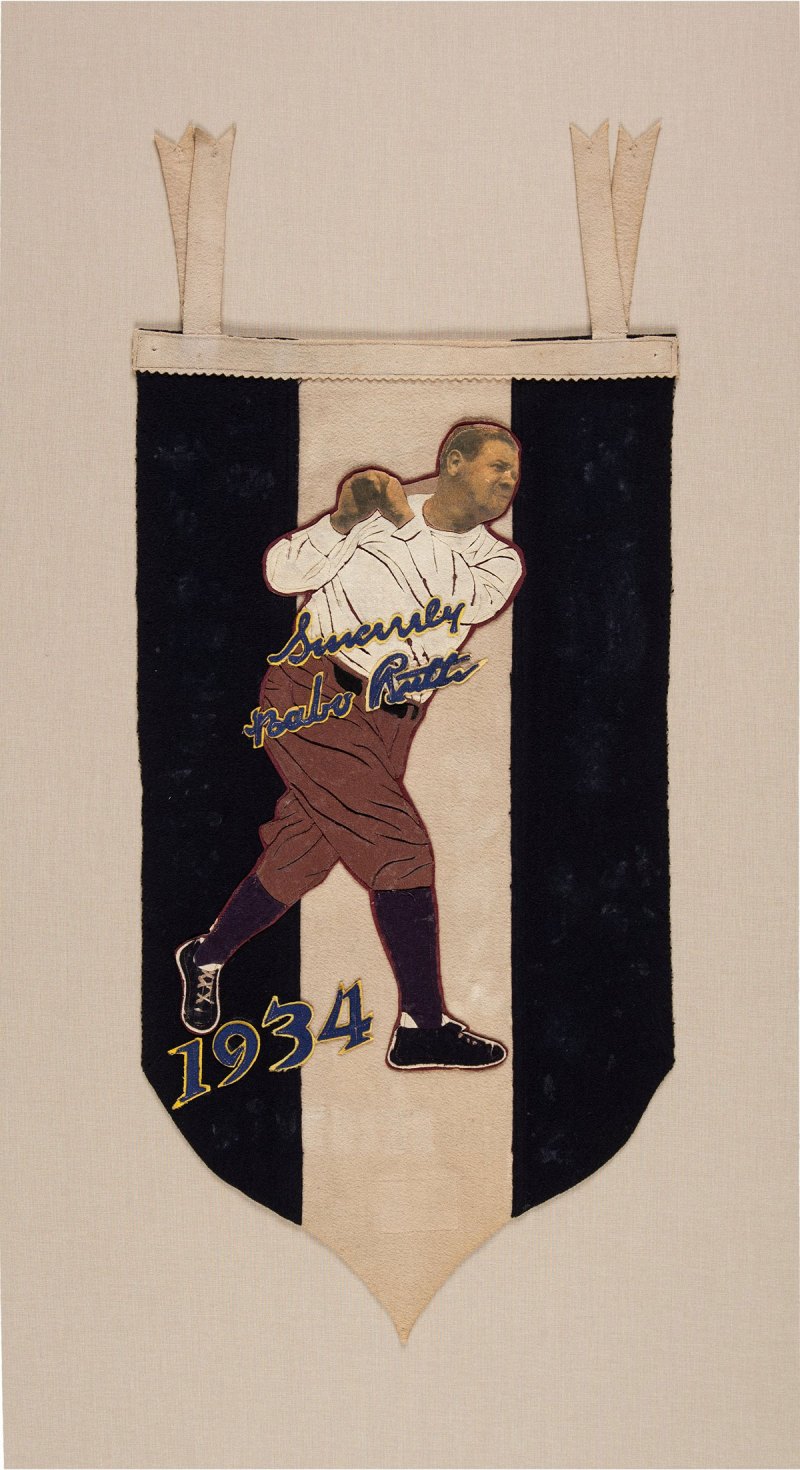 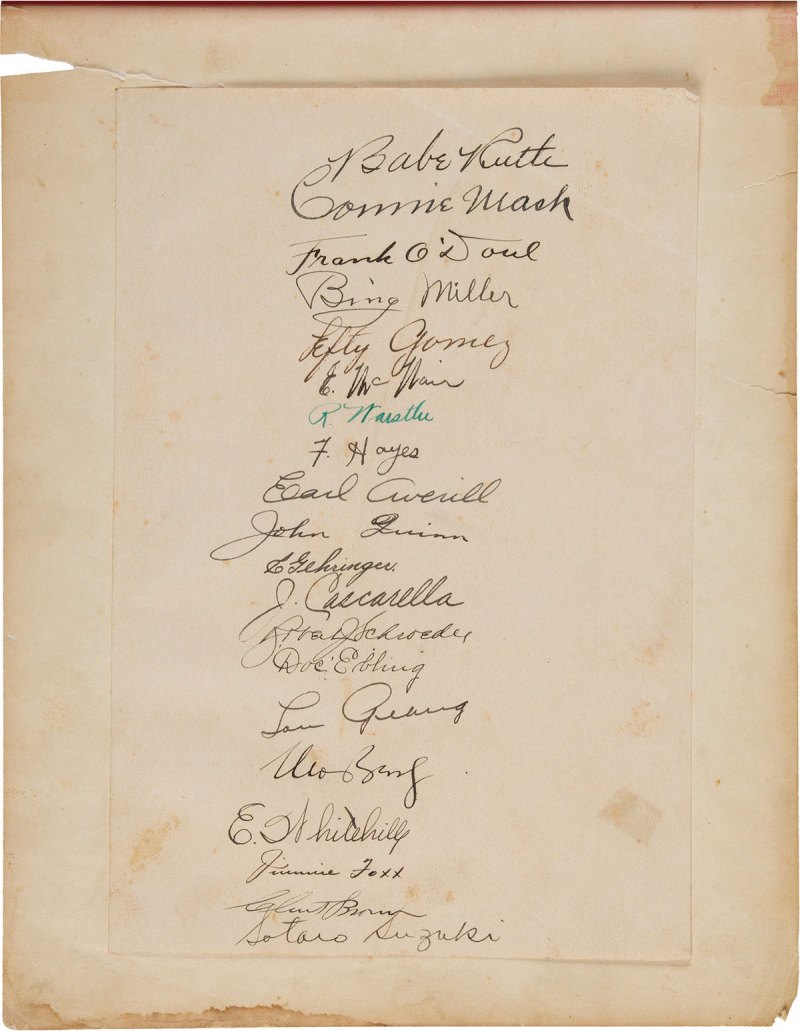 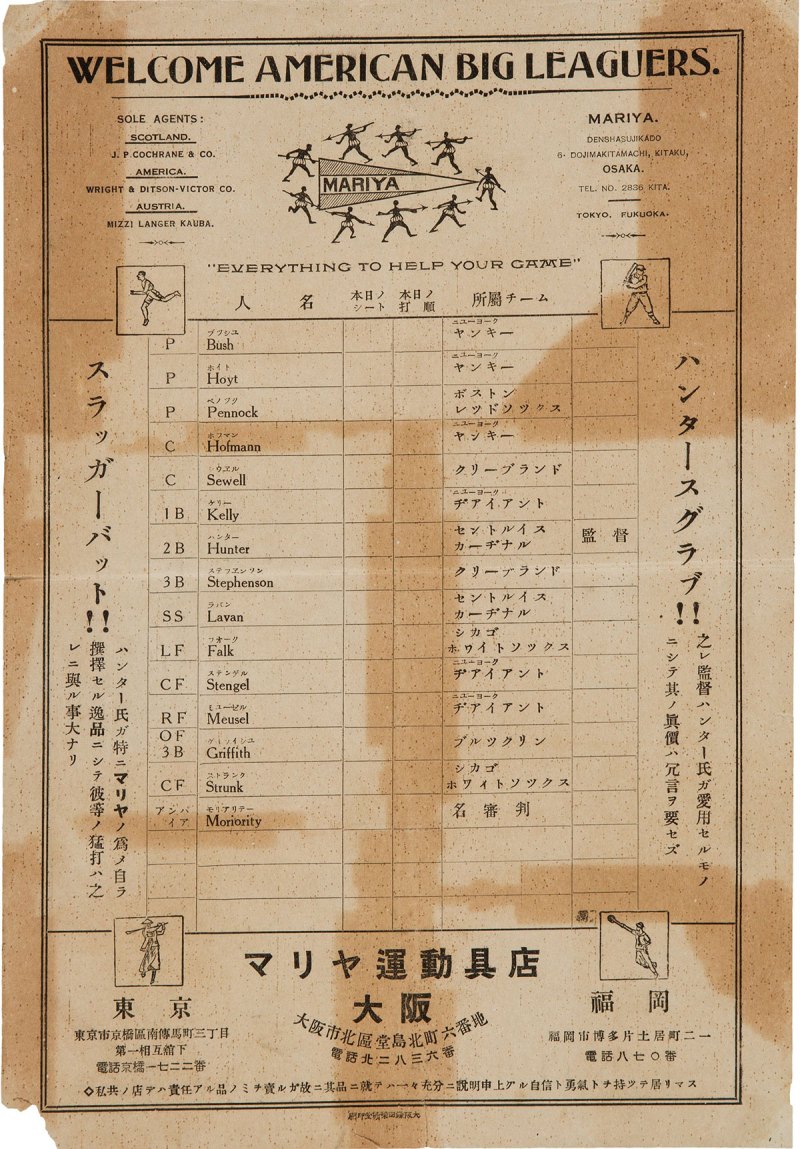