A flea market hunter discovered a scrapbook from the late 1800s earlier this year in Massachusetts. It contained newspaper clippings and other keepsakes, but also a rare 1887 baseball card: a “Pittsburg Base Ball Club” team card.

Forbes says it is one of only four surviving examples over the past 130 years, and it is the highest graded, a PSA 4 (on a scale of one to 10).

Huggins & Scott, a top sports auction house based in Silver Spring, Maryland, said the baseball card is “proof positive that the extraordinary still occurs!” The card is so old that Pittsburg is spelled without the “h” and the city’s team was called the Alleghenys, not the Pirates. 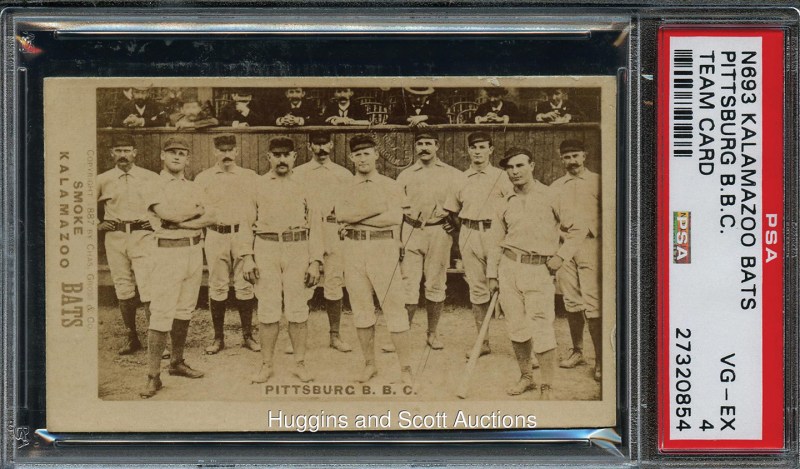 The buyer and seller agreed on a fair price, reports Forbes. The buyer, who has been a regular at Huggins & Scott for a while, put the baseball card in its latest auction. It sold for $26,400 with the buyer’s permission.

A Philadelphia company printed the cards back then to promote Kalamazoo Bats, a cigar brand.

“There are six known cards in the set with the Pittsburgh card confirmed to be the rarest of all,” Bob D’Angelo wrote in The Sports Collectors Daily, according to Forbes.