My Team Drafted a [Insert Position Here]. How Should I Feel About It? 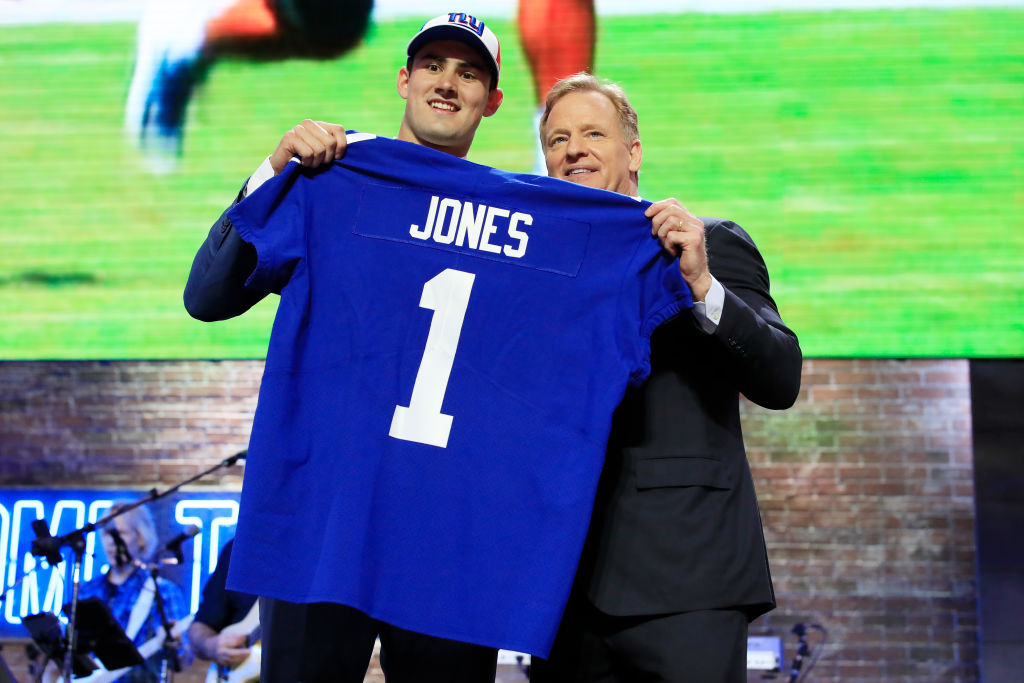 It’s the morning after the first round of the draft. You’re probably sitting around wondering whether the guy your team picked is a stud or a dud.

We might be able to give you a hand with that.

To get an informed idea about which positions are most likely to translate to NFL success when drafted early on, we’ve examined five years of first-round draft picks (2012-2016) and evaluated all of the 159 players who were picked. (We picked those years because it’s difficult to evaluate all of the 2017 and 2018 classes at this point.) And, if you’re wondering why five years of 32 picks apiece doesn’t add up to 160, the 2016 draft was short a pick thanks to the NFL-sanctioned witch hunt that was Deflategate. (Did I mention I’m from Boston?)

Since this is a thing that could potentially keep you up until the first kickoff in September, we combed through those selections position-by-position to tally up how many players from each group have been a Stud, a Dud or a J.A.G. (just another guy) based on Pro Bowl appearances, games started and if they’re even still playing in the NFL. For complex cases such as that of Teddy Bridgewater (who made the Pro Bowl with the Vikings in 2015 but has only played in six game since as a backup due to injury), we’ve also included an “incomplete” (Inc) designation.

(Note: Percentages below were rounded.)

The takeaway: Out of all positions, wide receivers have the highest probability of being a bust. But, since they’re so valuable in an increasingly pass-happy league, they’re also drafted the most. If your team drafted one, hold your expectations in check as there’s a better chance he’s gonna end up a bust like A.J. Jenkins (No. 30, 2012) than a stud like DeAndre Hopkins (No. 27, 2013).

The takeaway: The good news with this position is there’s nine in 10 chance the player your team drafted is going to have a future in the NFL. And, even better, there’s actually a fairly good chance he’s going to be a stud — with a good-sized sample size to back that assertion up.

The takeaway: Picking an offensive tackle is, much like the position itself, kind of boring. But it’s very, very safe and will likely net your team a player who will go on to have a successful, and maybe even spectacular, NFL career

The takeaway: Defensive ends offer plenty of boom-or-bust potential which makes picking them an exciting, albeit risky, proposition. If this is the route your team chose to go down, pay attention during training camp because it should be an intriguing one.

The takeaway: This position group has provided more studs than it has duds or Jags. That’s the good news. The bad news is that is only correct by a very slim margin which means if your team took a linebacker, there’s also a fairly good chance he’s going to be a bust or mediocre.

The takeaway: Traditionally the first round has not provided too many studs at this position. But Aaron Donald (No. 13, 2014) was one of them and that should have you interested if your team went with a DT early.

The takeaway: Obviously the number of stud players drafted at this position, one, is the one that stands out. If Carson Wentz were healthy, it’d be higher but his injury history and lack of playing time over the past two seasons earned him an “incomplete” at this time. If your team drafted a QB, you probably don’t want to buy the jersey from the pro shop just yet.

The takeaway: The vast majority of players drafted at this position are neither studs nor duds but instead land somewhere in the middle. This seems like a good position to draft at the back end of the first round so if your team took a safety, hopefully that’s where their pick fell.

The takeaway: Much like with offensive tackles, most centers and guards turn out to be reliable, though not exciting, selections. It’s not a sexy pick but your team likely but pretty decent value if it drafted either of these positions.

The takeaway: One of the lightest drafted positions in the first round, running backs are only worthy of such a high pick about half the time. If your team did take one, you may regret they didn’t go with another position and just draft a running back later in the draft when they’ll still be readily available.

The takeaway: Given the small sample size, it’s difficult to make any generalizations about this position. However, the sample size itself shows how hard it is to identify and confidently draft talent at tight end in the first round.