Why More Young Guys Are Embracing the Sugar Daddy Life

Young daddies are taking over the sugar-dating space.
Rinee Shah for InsideHook
By Kayla Kibbe @Kay_Kibbe

Whenever I encounter a man under 40 on SeekingArrangement — the most recognizable online platform for sugar dating — my internal reaction is usually something to the effect of, “Go play sweetie, the adults are talking.”

A stereotypical sugar daddy — as probably informed by certain infamous images of Anna Nicole Smith locking lips with a millionaire octogenarian — is invariably two things: rich and old. Even if we’re willing to entertain a less cartoonish interpretation, most of us probably still imagine a sugar daddy as something of a Mr. Big type: a middle-aged, power-lunching executive of some sort who wears suits and smokes the occasional cigar.

So what brings millions of men at the peak of their sexual prime to a platform presumably populated by aging geezers reduced to coughing up cash for a date?

“I’d imagine some of the same things that bring older men,” says Sean, a 34-year-old art director who says he joined the site with the hope of “skipping the pomp and circumstance and being upfront about what you want and don’t want.”

Indeed, despite the age gap, the younger and older daddies on the site may have more in common than one might assume.

“They all want exactly the same thing, and that is: whatever they want,” says Kimberly De La Cruz, a spokesperson for SeekingArrangement. “I think they’re coming for the same reason everybody else is coming.”

That reason, however, is widely misunderstood. Not unlike the harmful stereotypes that tend to surround men who pay for the services of sex workers, the sugar-dating space is often subject to similar misconceptions about those who pursue “mutually beneficial” arrangements. While those outside the sugar bowl tend to assume men become sugar daddies because dangling designer bags and rent money is the only way they can get a date, their real reasons for pursuing that particular type of relationship often have less to do with compensating for any perceived lack of sexual market value than forgoing the often exhausting, time-consuming pageantry of traditional dating. For daters of all ages and genders, the non-traditional frame of sugar dating removes many of the expectations and social scripts to which conventional dating remains beholden, allowing parties on either side of the sugar-dating dynamic to communicate their needs, wants and boundaries more clearly.

The friend with benefits

This culture of transparency is particularly handy for those who aren’t interested in a romantic or monogamous relationship and don’t have the time or energy to sift through hordes of hopeful monogamists on mainstream dating apps.

“I just got out of a long relationship and I’m not looking for anything serious,” says 30-year-old Will, echoing multiple younger guys on the site who tell InsideHook they joined after getting out of a relationship and realizing they weren’t interested in jumping back into traditional dating just yet.

“I have been on regular dates and the girls I met were wanting to date me,” says Adam, 31. “I just wanted something casual.”

For Derrick, 29, the transparency of SeekingArrangement provides a unique opportunity to maintain some semblance of an active dating life while prioritizing his career over a relationship. “It’s a way for me to not have to invest tons of time I don’t have into Hinge and Tinder and dates that don’t work out, but satisfy needs I have.” 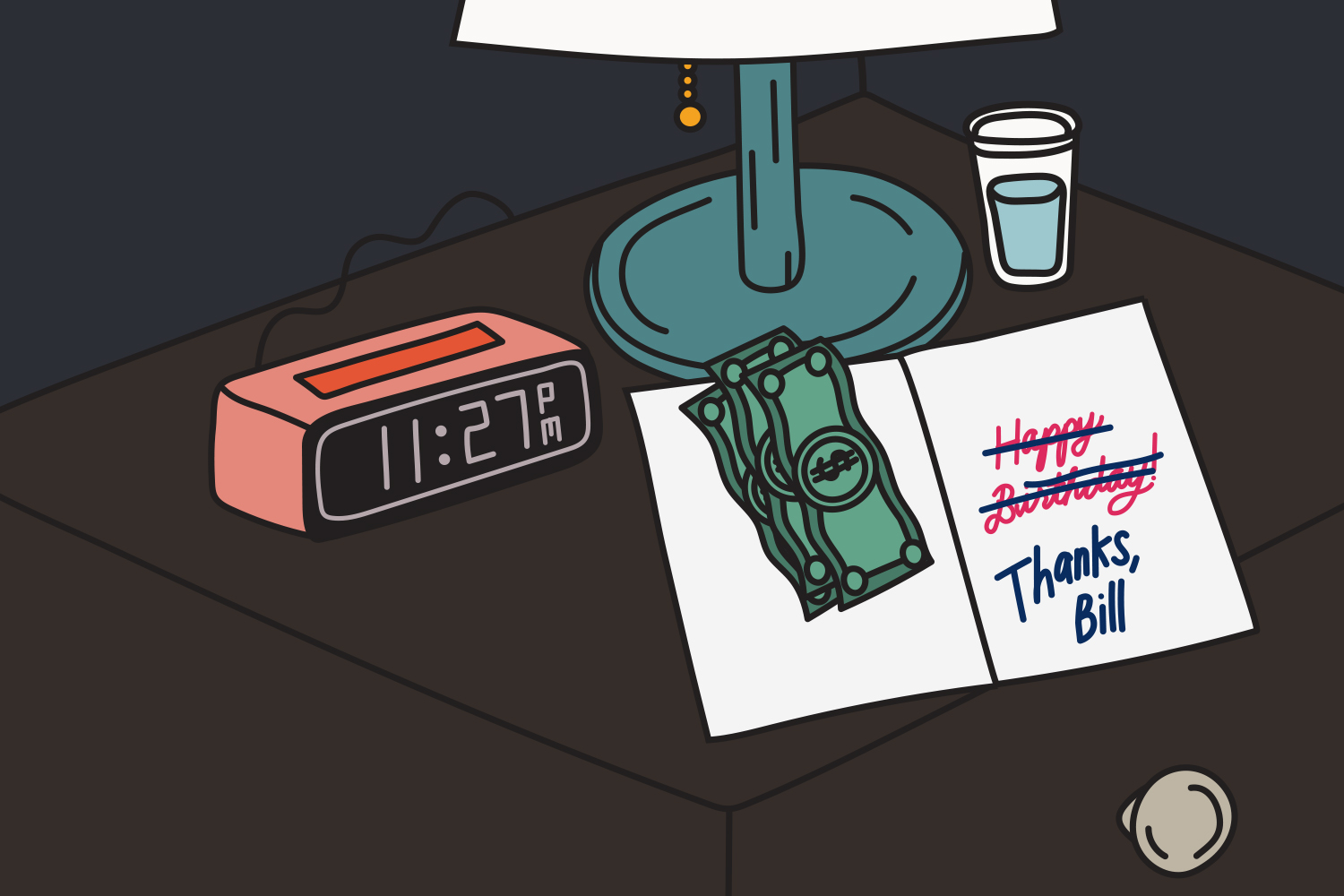 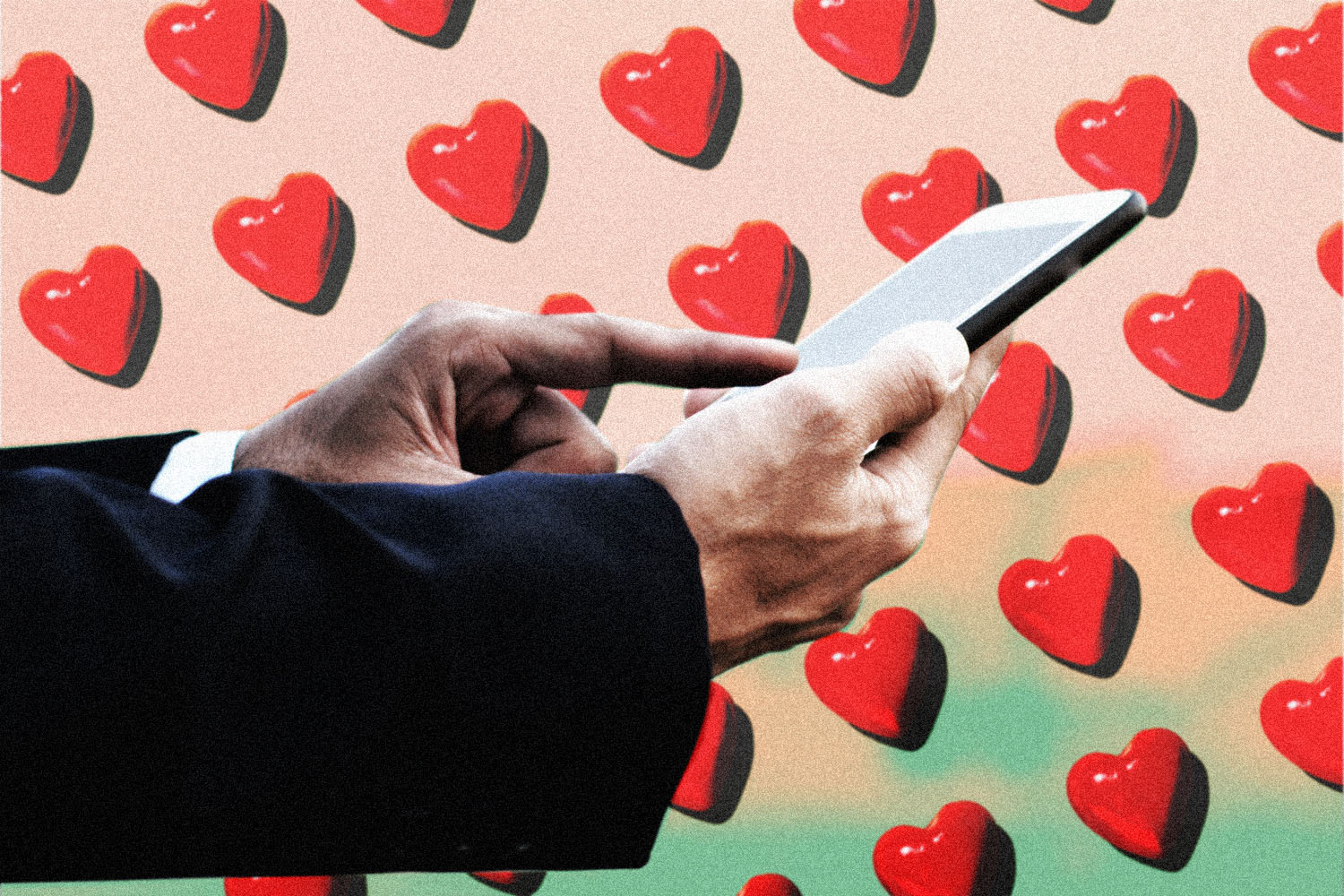 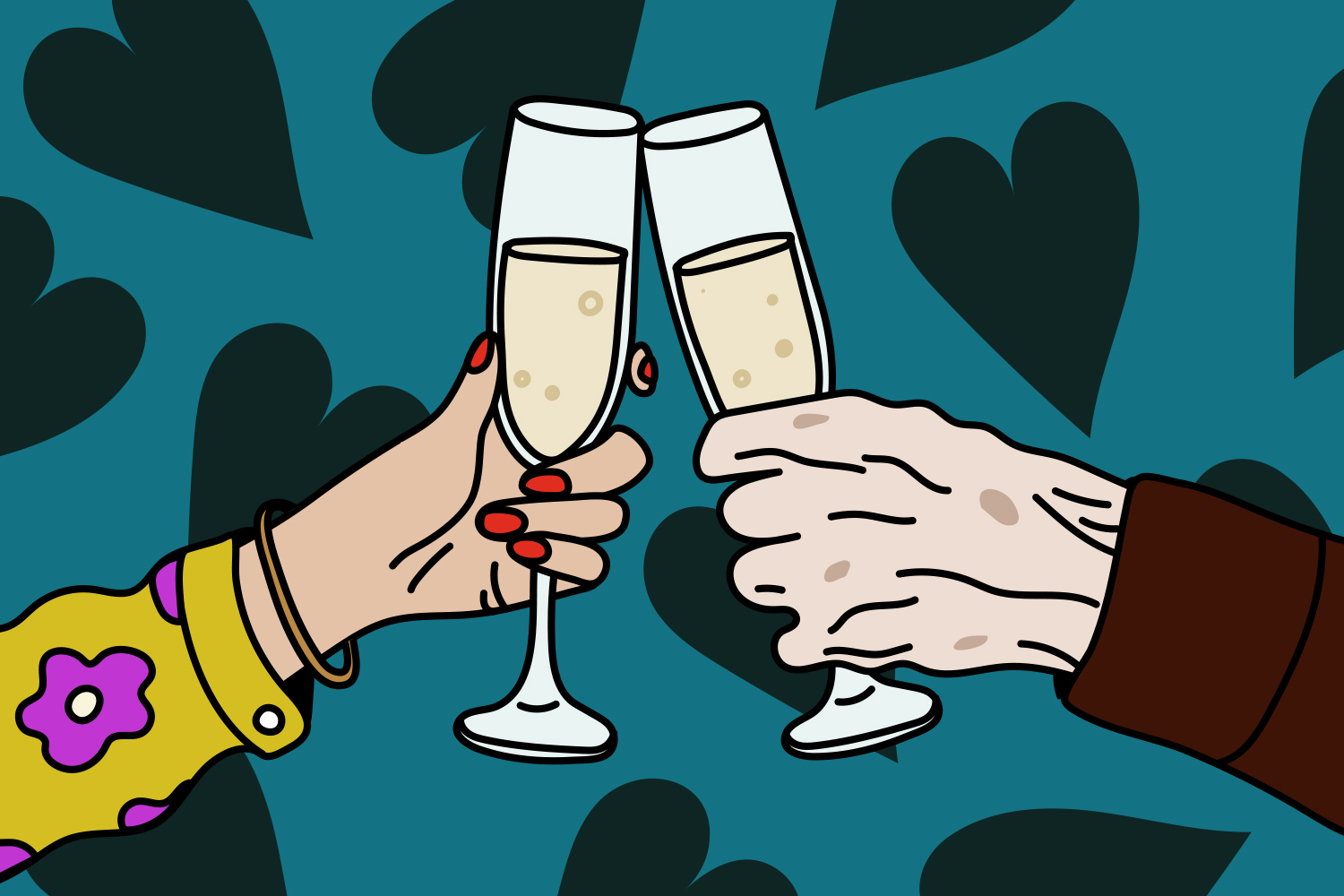 Essentially, sugar dating is just a more polished version of what’s known in mainstream dating culture as “friends with benefits.” The difference being: the benefits can be whatever you want, two people in a single arrangement might be getting different benefits, and there’s a certain level of respect for the quid-pro-quo agreement that makes arrangements less susceptible to one party “catching feels” or agreeing to something casual in the hopes of eventually wiggling their way into a full-fledged relationship.

The ease with which a sugar dating context lends itself to casual, no-strings-attached dating may actually be a big part of the reason sugar dating is so popular among younger men. After all, who’s more interested in bucking tradition and subverting sexual norms than millennials and their Gen Z successors?

“Younger people, especially people under 40, are not so interested in traditional dating milestones,” says De La Cruz. “They have no interest in thinking about marriage or getting a house or maybe even monogamy. So sites like ours, where users can be super upfront and honest and open about whatever it is they’re looking for out of a relationship, can be really appealing to people who aren’t interested in the traditional way of dating.”

While the terms of every arrangement are different (and not always financial), some philanthropically minded members find the benefits they provide are equally as satisfying as the ones they receive in return.

Derrick, the 29-year-old focused on his career, actually first learned about SeekingArrangement a few years ago from none other than his girlfriend at the time.

“I always knew she had grown up without parents and struggled with money, but she always seemed to have no problem paying rent and covering her expenses,” he says. A few months into their relationship, however, money troubles started to crop up. “I asked her what was up, and finally she admitted that before we dated, she had sugar daddies to pay for stuff.”

Ultimately, the pair landed on an arrangement of their own: Derrick’s girlfriend could continue to see sugar daddies on the side, as long as Derrick got to “approve” them first.

“Honestly, it opened my eyes to how this can actually be a good thing and help both people out,” he says.

The relationship eventually ended, and Derrick has since joined the site as a sugar daddy himself. He’s not interested in getting into another relationship at the moment, so being a sugar daddy gives him the freedom to date casually, while also knowing his contributions are having a real, positive effect on the women he spends his time with.

“I’ve seen firsthand how it can help the women involved, so I feel good about that.”

The guy just playing to his strengths

While, as previously established, the assumption that sugar daddies become sugar daddies because they’re incapable of landing a date any other way is an insulting misconception, there are men who use the site to convert their financial success into sexual market value. There’s even a word for these men: smart.

In fact, Brandon Wade, the founder of SeekingArrangement, was once a young sugar daddy himself. A self-described “super-nerdy” MIT grad, Wade created the platform in order to play to his own strengths in a competitive dating landscape.

“He saw all these men around him using their muscles and their charm to get dates,” says De La Cruz. A somewhat reserved intellectual, Wade may not have had much in the way of muscles or gregarious charm, but he did have money, intelligence and a natural desire to provide for a partner. “He started a site to give men like him a place to exercise what it is that they have to offer.”

Like it or not, dating is almost always, to some degree, transactional. Even in the most vanilla of relationships, partners trade on their strengths (say, good looks, intellect, a good job, a stellar sense of humor) in exchange for whatever reward they hope to find in a long-term relationship (emotional fulfillment, financial security, the comfort of successfully conforming to societal expectations). Sugar dating is no different — the respective strengths and rewards just vary.

In today’s dating landscape, one needs to know how to make the most of their sexual currency. And who knows that better than a generation of young men who’ve spent most of their adult lives trying to stand out in an increasingly saturated online dating market? For some men, regardless of age, sugar dating is an opportunity to highlight and contextualize certain strengths in a transparent, quid pro quo environment.

“That’s where sites like ours come in,” says De La Cruz. “You have the opportunity to use your wealth and your success and who you are to stand out among the crowd, especially for men who have difficulty doing so otherwise. For guys who have the means to shell out a little bit more, to find exactly what it is they’re looking for, a site like ours is perfect.” 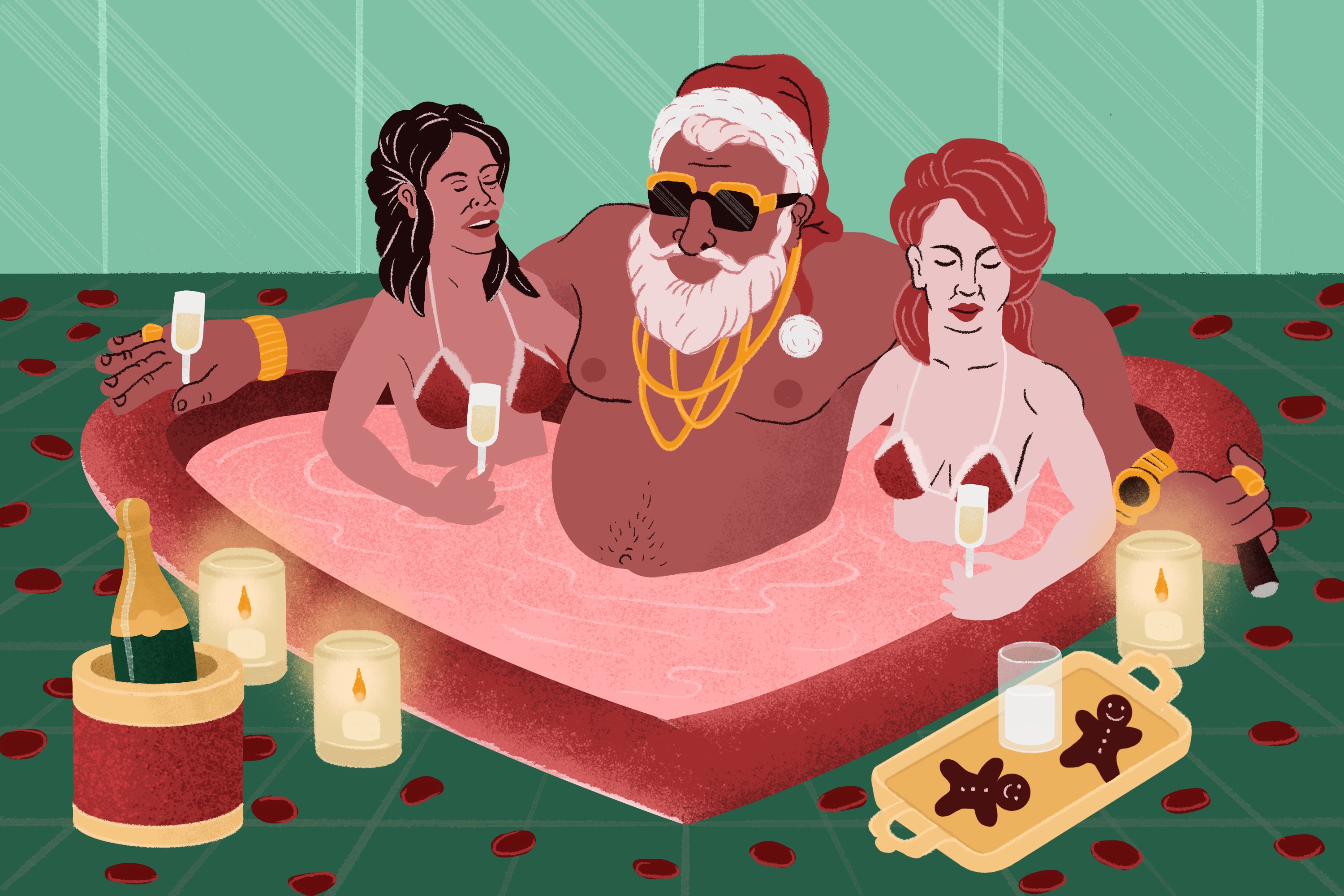 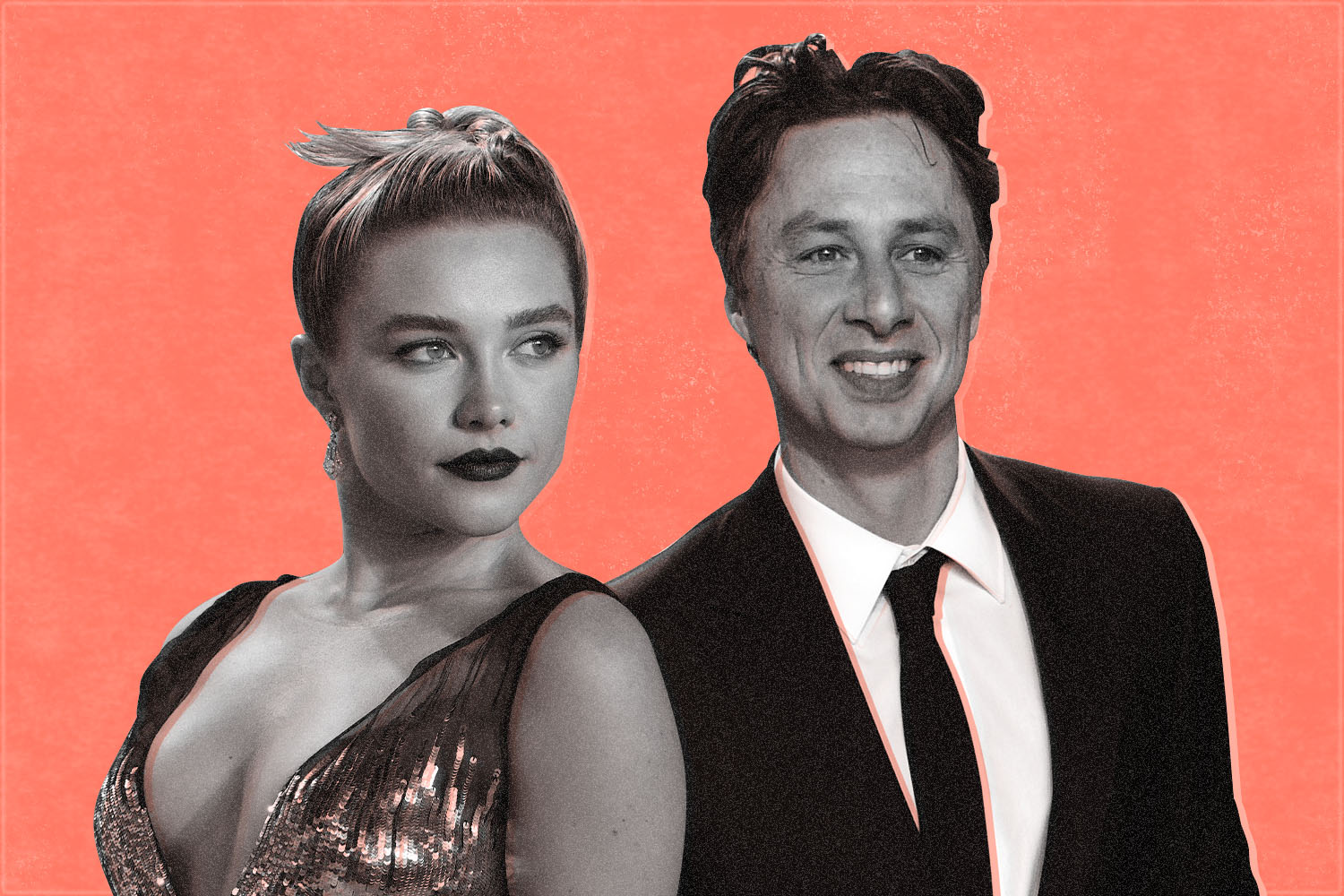 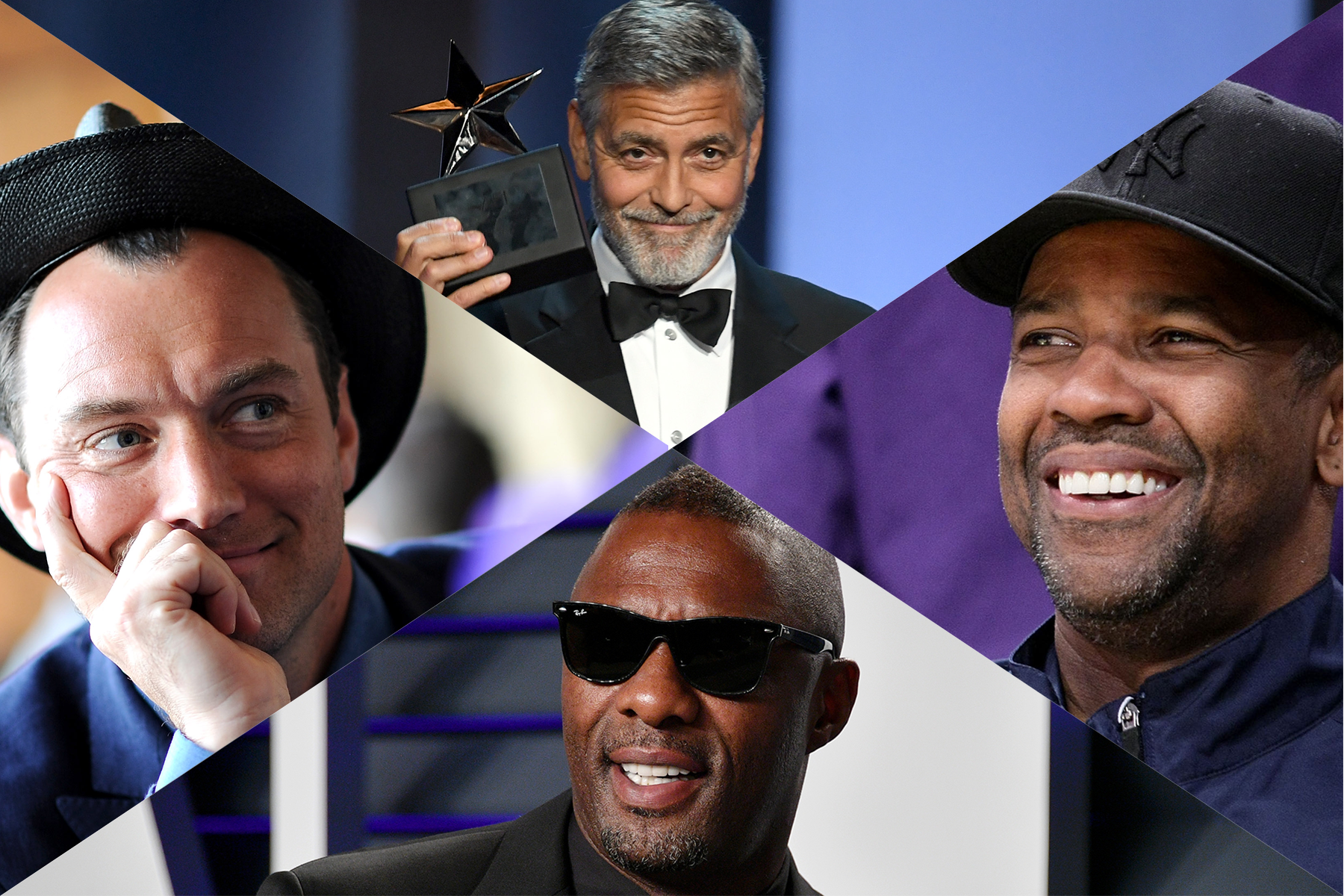