In case you somehow managed to miss it, the rapper formerly known as Kanye West has finally moved on from his legally single ex Kim Kardashian, and — not unlike Kardashian herself — has embarked on a highly publicized, probably PR-coordinated new romance.

The star and his new beau, actress Julia Fox, made headlines this week after meeting in Miami on New Year’s Eve and jetting off for an extravagant second date in New York City. Fox, who before becoming Ye’s latest fling was best known for her role in Uncut Gems, detailed the lavish event in a post for Interview magazine, which — no offense to Fox, who I realize is an actress and not a professional writer — reads like a middle school diary entry, if middle schoolers partied in Miami with Kanye West.

According to Fox and the numerous reports detailing the couple’s whirlwind romance, date night with Ye consisted of a Broadway show, dinner at trendy hot spot Carbone with a full camera crew in tow and then a hotel suite decked out with an entire wardrobe of new clothes.

While I can’t usually condone mimicking Kanye West’s behavior for any reason, I’ll admit his date-night display was impressive. And while you, a non-celebrity, probably don’t have the means to replicate Ye’s date night to a T, there are some actionable tips to be mined from Kanye’s extravagance that even mere regulars would be wise to heed.

1. Always have a secondary location in mind

According to Fox, the NYC date night was an extension of her first encounter with Ye. After meeting and enjoying each other’s company in Miami on New Year’s Eve, “We decided to keep the energy going and fly back to New York City to see Slave Play,” Fox wrote in her post for Interview.

While you needn’t — and probably shouldn’t — whisk your date off to another city immediately after your first date, it is always a good idea to have a secondary post-date location in your back pocket, especially on a first date. If things go well and you two want to continue the night, it’s a lot smoother (and less presumptuous) to suggest a nightcap at a nearby bar or a stroll in the park than to ask a date back to your place right away. You don’t have to let her know the post-date date is part of the plan (in case you end up wanting to back out), but it’s good to already have a place in mind so you can seamlessly continue the evening without having to pull out Google maps and drag your date around the city looking for “bars near me.”

Out of all the extravagance of their date night, one of the things Fox seems most impressed by is the fact that Ye showed up “ON TIME” (her caps, not mine). Is the fact that the bar for men is so low that even gorgeous movie stars like Julia Fox are shocked and delighted when a man manages to show up on time for a date deeply sad? Yes, yes it is. But it’s true. The bar really is that low, and just showing up on time for a date already puts you leagues ahead of your competition. Take this knowledge and use it to your advantage.

Again, you needn’t fly your date to another city Pretty Woman-style, but at least offering to provide transportation is a gentlemanly move that is often very much appreciated. Depending on where you live, this might mean picking your date up yourself, hiring a car or calling an Uber. Not all women will accept this gesture — especially early on, out of safety concerns — but it’s always a good idea to at least offer rather than assuming your date will just hop on the subway and meet you there.

4. Offer to take photos of her

While I don’t necessarily recommend hiring a team of photographers to document your date — I think most people, including other patrons in the restaurant who did not consent to being on this date with you, would find this overwhelming and distracting — many women do enjoy having snap or two of a night out to show off on Instagram. Unfortunately, many women feel awkward about asking a date to take their photo (largely because we are often shamed for doing so).

An easy way to take the pressure off and make her happy is to get ahead of the game and (in a non-condescending way) ask her if she’d like you to take a photo of her. For bonus points, you could even spin it into a compliment: “You look so beautiful tonight, can I take a picture of you?” Now she gets the photo she wants without feeling like a basic, and you get to look like an exceptionally courteous, thoughtful man just for not being a jerk about something as simple as wanting to document a nice evening.

You needn’t shower your date with an entire runway’s worth of designer duds, but a small (key word: small) token of your affections, while rarely expected, is often appreciated. Flowers, of course, are a classic, but stick to a single rose so she’s not stuck lugging around a massive bouquet all night. Alternatively, you could bring a small gift relevant to a shared interest or something you’ve talked about, or you could have flowers sent to her after the date.

Again, you don’t have to do anything too over-the-top (some women might even be put off by anything too extravagant), but if there’s one thing you should take away from Ye’s courting strategy, it’s that a little thought and planning go a long way. 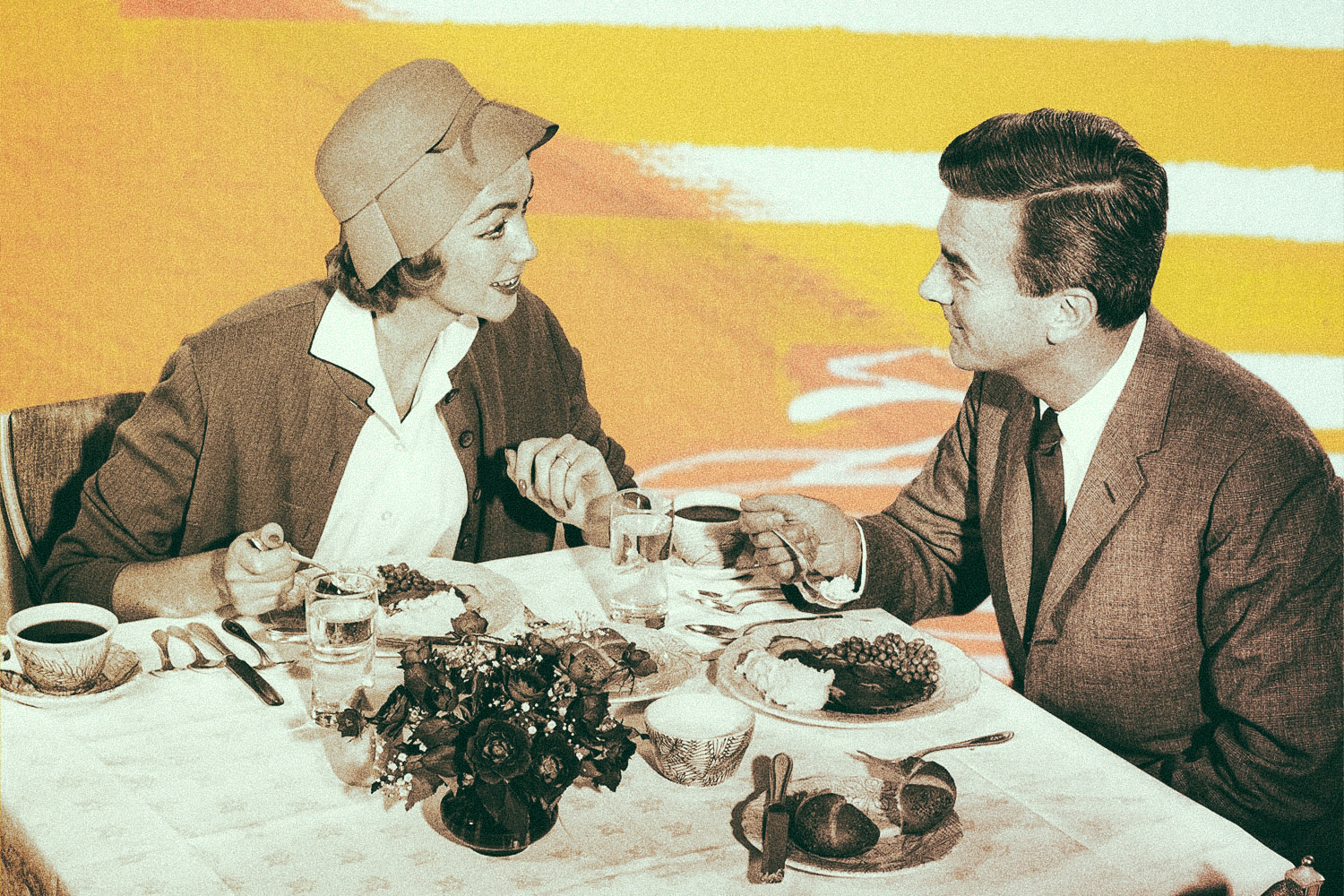 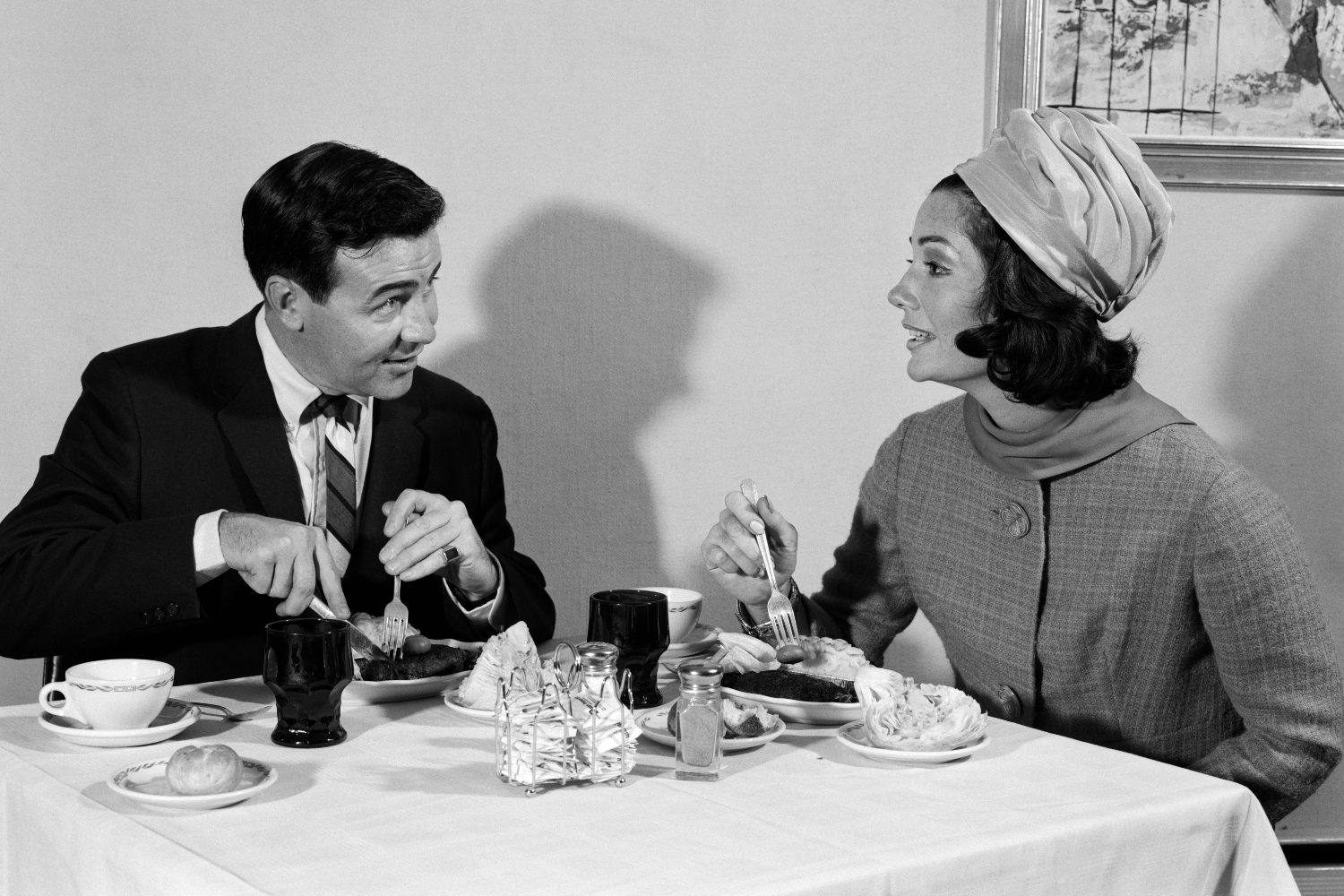