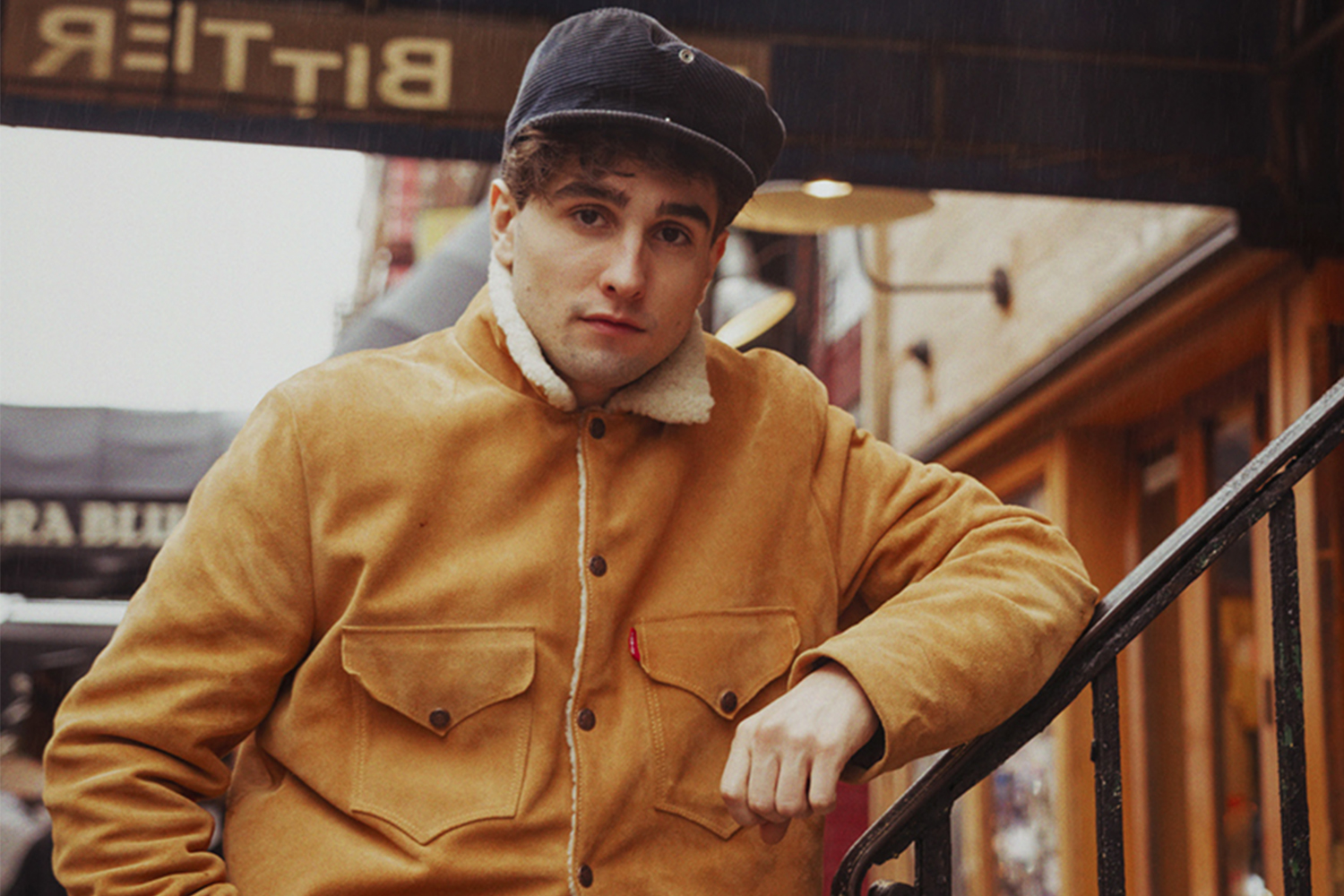 This Suede Sherpa Trucker Jacket is an exact reproduction of a '60s Levi's style and styled to evoke a young Dylan.
Levi's Vintage Clothing
By Alex Lauer / July 29, 2019 6:00 am

When I was in seventh grade, we read S.E. Hinton’s Socs vs. Greasers teenage epic The Outsiders. More importantly to this anecdote, after my class finished the book, we also watched Francis Ford Coppola’s 1983 film adaptation starring the most underappreciated cast of all time: Tom Cruise, Matt Dillon, Emilio Estevez, Diane Lane, Rob Lowe, Ralph Macchio and Patrick Swayze. (Yeah, it’s worth a rewatch.)

The next day, one of my classmates came to school dressed up like a Greaser: rolled-up sleeves on his black T-shirt, flawless leather jacket, hair slicked back with a comb (that was now sticking out of his pocket just so). Needless to say, he was ridiculed. It was cruel. It was also middle school.

I bring this up because you can’t just copy the style of a bygone era, whether you’re 12, 32 or 62. Well, you can, you’re just going to run smack into the brick wall of fashion and social mores sooner or later when someone asks, “Where’s the costume party?” From the flower children at Coachella to the Patrick Bateman disciples that seem to have missed the point of the book, when someone walks in a room decked out head-to-toe in another decade, you can’t help but cringe. It’s all about inspiration, people, not replication.

There is, however, a specific time and place that seems to have exempted itself: the American folk revival, specifically the Greenwich Village scene of the 1960s. Making the case: Levi’s just unveiled fall 2019 collection called “Folk City.”

The release come by way of the Levi’s Vintage Clothing line which, as the brand notes, “reproduces the fits, fabrics and details of bygone eras.” While some of the imagery for the campaign is certainly hokey — as much of the fashion machine’s attempt to commodify the protest movements of the ‘60s and ‘70s in the Trump era has been — others are strikingly authentic. It’s a warm, tough-wearing, timeless style that not even digital cameras can deny, and it includes multiple pairs of jeans tied to specific years, plus various tops and two particular jackets that you’ll be reaching for daily come October.

The inspiration for Folk City, as Levi’s writes, comes from both the New York musicians and the brand’s own archive. The Suede Sherpa Trucker Jacket, one of the aforementioned standouts, is an exact reproduction of a golden 1960s style. The satin Climate Seal Jacket is merely a faithful reproduction, but a quick look at the original will show that all the changes are for the better.

The musician references are not specifically cited, but most aren’t hard to suss out, even for the most casual Dylan fan. One of the main photographs for the campaign is a clear allusion to the singer-songwriter’s iconic cover for The Freewheelin’ Bob Dylan. Is that Levi’s new sherpa trucker he’s wearing? No, but he just might be wearing it on the cover of his debut studio album.

Other references are more obscure to the general listener, but no less clearly drawn from the annals of the Village folk history. Even though there isn’t a women’s side of this collection, the campaign features an undeniable reference to Karen Dalton, the unsung star of the scene who Dylan called his “favorite singer” at the legendary Cafe Wha? Here’s Karen Dalton on the cover of her album 1966 (unearthed recordings released in 2012) side-by-side with a promo photo from @levis.vintage.clothing on Instagram:

Why are we so drawn to the style of this era? Maybe because unlike other music movements, this one is particularly tethered to the room where it happened. Not just the time period and its additional historical significance, not just the city or the celebrities, but the room: Cafe Wha?, the Gaslight, the Bitter End and even the place where this collection (probably) got its name, Gerdes Folk City. We can never fully capture those performances on a studio recording, or even a bootleg, so we slip on the clothes and go back to New York, or to the new rooms in our own cities.

Or maybe the magnetism comes from an even earlier time. The ‘50s and ‘60s styles that Levi’s resurrected were themselves inspired by an earlier American, bootstrap-pulling workwear that has been used as a jumping off point even more frequently than folk music. But we wouldn’t recommend donning a cowboy hat and sticking tobacco in your lip. In fact, don’t light a cigarette like the Levi’s models, either. I guess we can’t vouch for the entire head-to-toe ‘60s look.

Banana Republic Is Offering an Extra 50% Off Sale Items

A.P.C. Is on Sale at END Clothing

The Best Meal Delivery Kits for Every Type of Person

Take Up to 60% Off Basically Everything at J.Crew 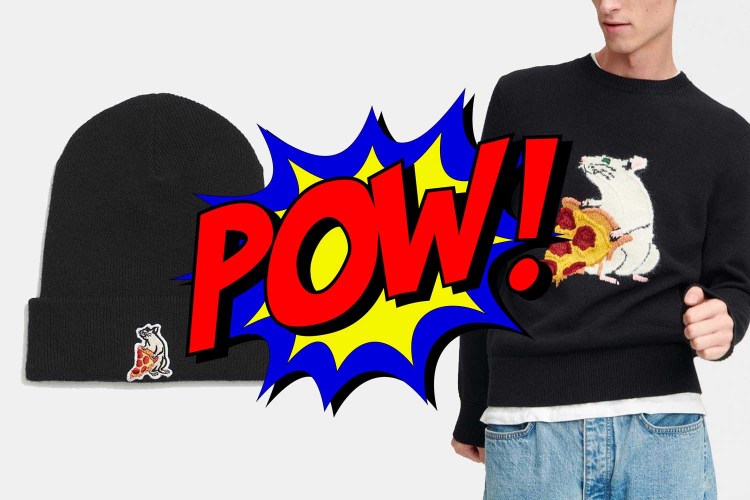 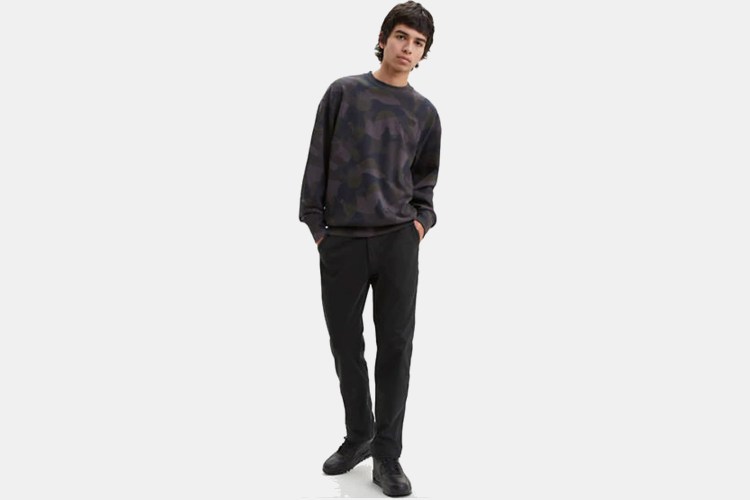 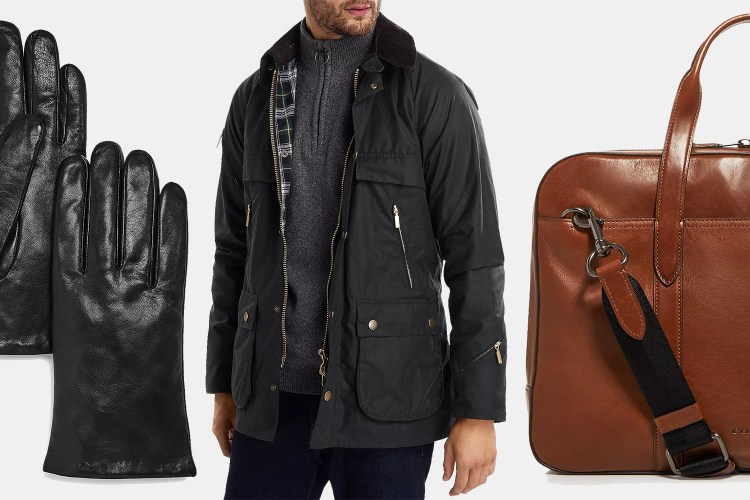 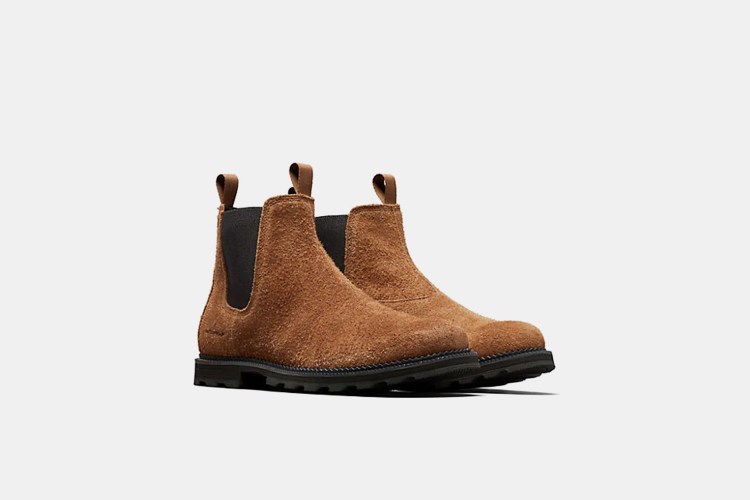 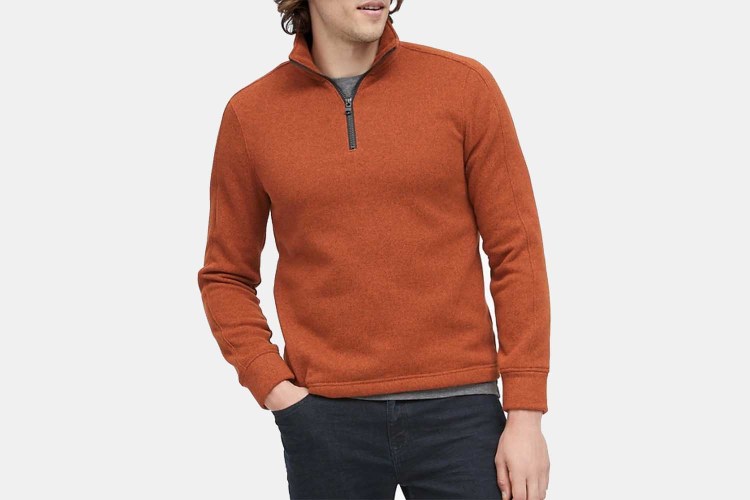 Banana Republic Is Offering an Extra 50% Off Sale Items 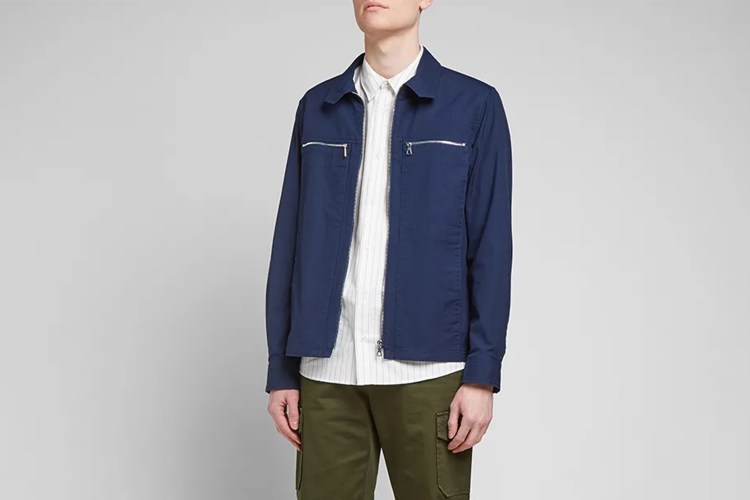 A.P.C. Is on Sale at END Clothing 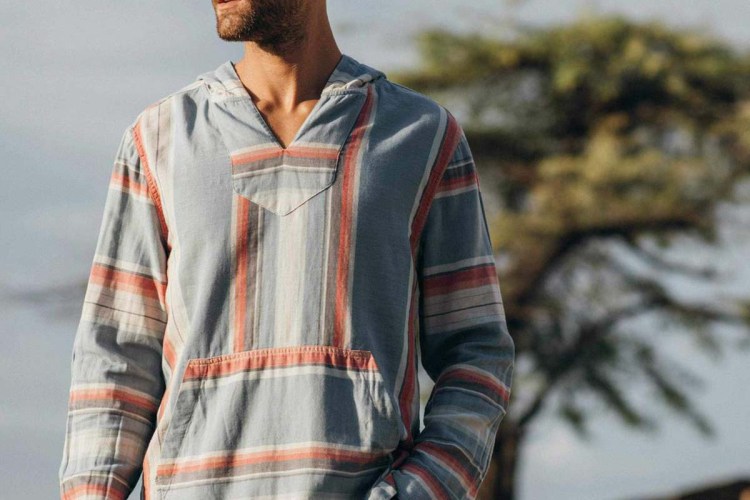 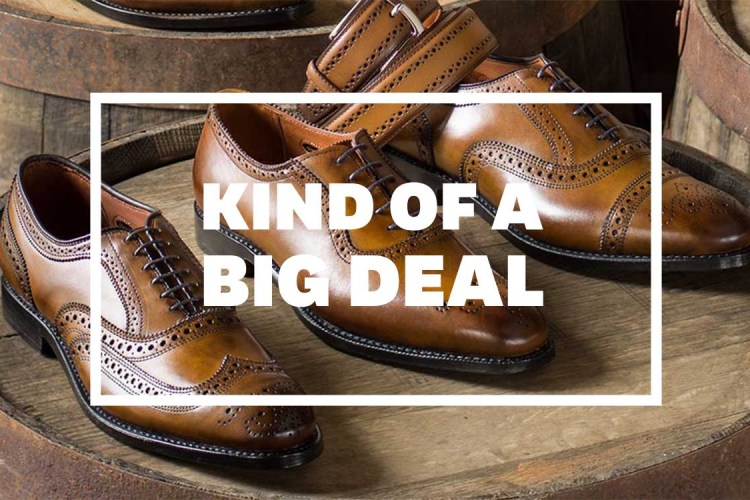 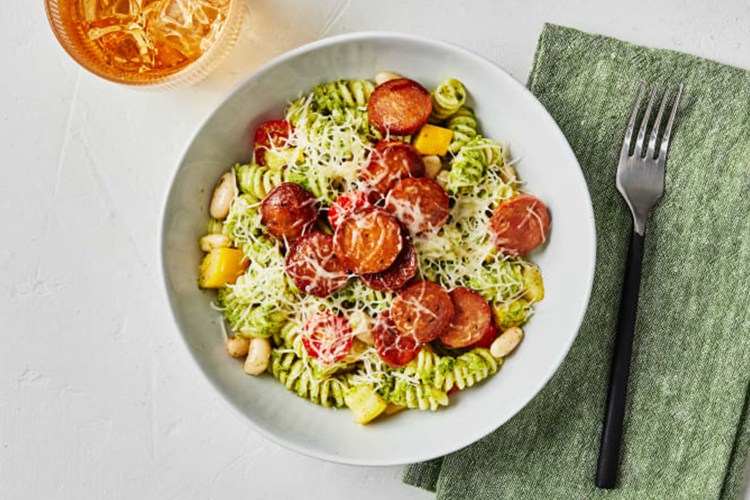 The Best Meal Delivery Kits for Every Type of Person 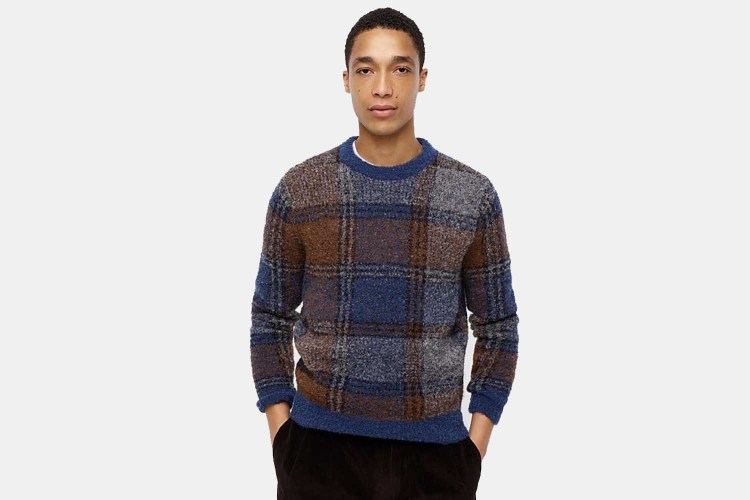 Take Up to 60% Off Basically Everything at J.Crew