The Inside Story of the Week That Saved the World

Two new films, Dunkirk and Darkest Hour, taken together commemorate the week that saved the world:  May 24 to May 31, 1940.

As the week began, the French army, presumed to be the strongest in the world, was melting before the German blitz. The British Expeditionary Force was falling with them, trapped at the north coast port of Dunkirk.

Germany appeared invincible. The Soviets were still German allies. America was away from the war. The king of the Belgians had surrendered, and Signor Mussolini was about to throw Italy onto the winning German side.

Human civilization was saved amid the sounds of the bombs on the beach, and even more so, among the muffled sound of five gentlemen quietly debating in the War Cabinet of London. The newly appointed prime minister, Winston Churchill, was engaged in a subtle “duel” with his foreign secretary, Lord Halifax. Neville Chamberlain, who had just been replaced as prime minister but was still residing at 10 Downing Street, was a third key voice. 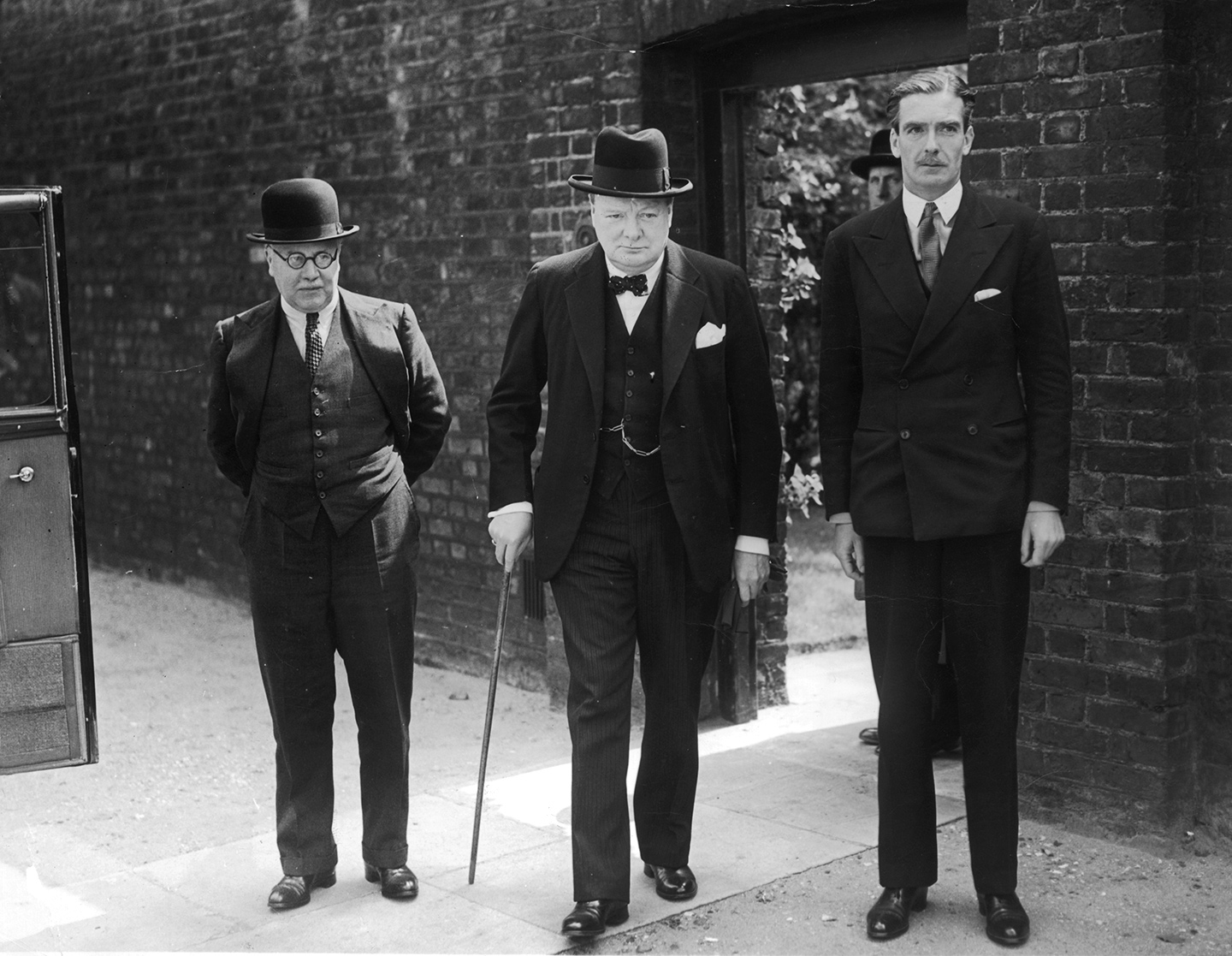 Churchill succeeded Chamberlain as prime minister on May 10, and allowed Chamberlain to take his time in moving from the P.M.’s residence. (This small act of reflexive courtesy by Churchill may have helped win Chamberlain’s support and changed the course of humanity.)

Lord Halifax – dependable, well-dressed, unflappable, eminently reasonable – had been the leading alternative to Churchill to succeed Chamberlain, and had been the king’s favorite.  However, Halifax was in the House of Lords, not the Commons, and may have sensed his own limitations. In any case, Churchill – often considered undependable, ill-dressed, belligerent and eminently unreasonable – had won the job instead.  Halifax himself had many doubts. 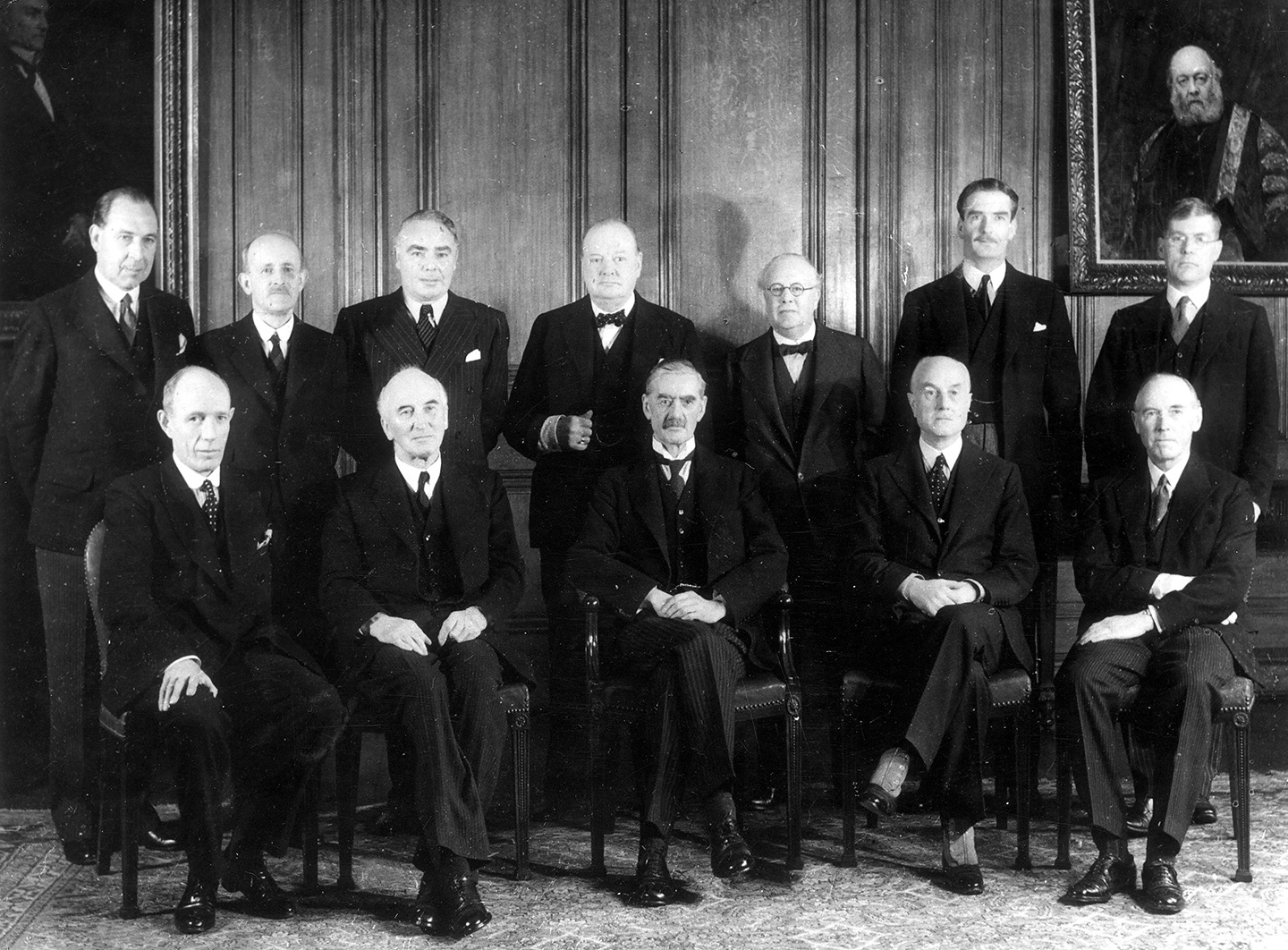 The War Cabinet met on May 24 with France falling. A top secret report from the British military concluded that Britain might survive with help from the U.S., but there was no reasonable way to defeat Germany.

As the British troops seemed doomed on the beaches of Dunkirk, Lord Halifax asked the Italian ambassador to Britain, Giuseppe Bastianini, to meet him. Mussolini’s Italy was then one of the few  European nations able to speak with both Britain and Germany.

According to Halifax’s notes, Bastianini expressed Mussolini’s “sincere desire” to find a settlement “that would not merely be an armistice but would protect European peace for the century.”

Halifax replied to him that “the purpose of His Majesty’s Government was the same, and [the British] would never be unwilling to consider any proposal made with authority that gave the promise of a secure and peaceful Europe.”

Also according to Halifax’ notes, Bastianini “warmly agreed” and said, “he would like to be able to inform Signor Mussolini that His Majesty’s Government did not exclude the possibility of some discussion of the wider problems of Europe in the event of the opportunity arising.”

As France fell and the War Cabinet met, Halifax put this same question of peace and security to the committee in these terms:  “We had to face the fact that it was not so much now a question of imposing a complete defeat upon Germany but of safeguarding the independence of our Empire … We should naturally be prepared to consider any proposals which might lead to this, provided our liberty and independence were assured …  If [Churchill] was satisfied that matters vital to the independence of this country were unaffected” would he be “prepared to discuss such terms?”

Consider Halifax’s position. What could be more reasonable than seeing if good terms exist before committing millions of people to die and before risking the complete annihilation of your nation? Why not at least ask the question of peace terms while the British fleet and air force remained intact, and Britain had bargaining cards to play?

And here is where Churchill saved the world. He refused.

In a close-run debate over the next five days, Churchill persuaded his colleagues to unify, to refuse this false hope of peace and to fight on alone.

Churchill argued that the olive branch of peace talks was a fantasy. Hitler would never give good terms and the mere act of seeking to find out would so demoralize Britain as to lose the war.  It was “a slippery slope,” Churchill argued. “Nations that went down fighting rose again, but those that surrendered were finished.” The German terms would be no worse if Britain fought on and lost, Churchill believed, than if they came to the table early.

Churchill formed his defiant position before the British troops were saved at Dunkirk. And yet he knew the risks of British defeat. Churchill even sought to recruit former Prime Minister David Lloyd George back into the government to serve as an appeasing leader if Hitler turned Britain into a vassal state; Churchill viewed Lloyd George as a better leader in defeat than more fascistic possibilities such as Sir Oswald Mosley.

The War Cabinet consisted of just five men: Churchill, plus Chamberlain and Halifax for the majority Conservatives, and Clement Attlee and Arthur Greenwood from Labour.  The Labour representatives were generally silent, but instinctively supportive of Churchill’s view.  Chamberlain, who had appeased Hitler once, would not agree to do so again, and stayed with Churchill as the key swing vote.  Again, Churchill’s loyalty and magnanimity toward Chamberlain from the moment Churchill had joined Chamberlain’s team may have helped in this critical matter.

The details of these secret debates are reported in detail in historian John Lukacs’ excellent book, Five Days In London, May 1940 from which this column’s quotes were taken. The movies Dunkirk and Darkest Hour promise to brilliantly recreate both the battle and Churchill’s defiance, including Gary Oldman’s spot-on portrayal of Churchill. Together, they may give visual life to the memories of these civilization-saving days.

K.S. Bruce writes the “In This Corner” column of opinion (and occasional humor) for RealClearLife.

How Difficult Is It to Ride One of Those Electric-Powered Surfboards?
Jack Daniel’s Just Released Its Best Whiskey Ever (And It’s About $30)
Why You Hate Chardonnay (And How to Find One You'll Actually Enjoy)