How Churchill Snatched Triumph From Defeat at the Battle of Dunkirk

Ahead of Christopher Nolan’s epic film, a look at how Britain reversed a Nazi victory.

Dunkirk promises to be a unique war film and not just because it features a member of a boy band. (Incidentally, One Direction’s Harry Styles has drawn advance raves, much like the movie itself.)

Beyond the absence of American soldiers — it would be over a year before Japan attacked Pearl Harbor and the United States finally officially entered World War II — Dunkirk is unusual for a major motion picture because it’s the tale of a nation triumphing while experiencing what author Chuck Thompson terms a “military disaster.” Thompson explored the Battle of Dunkirk both physically and historically for his book The 25 Best World War II Sites, European Theater. 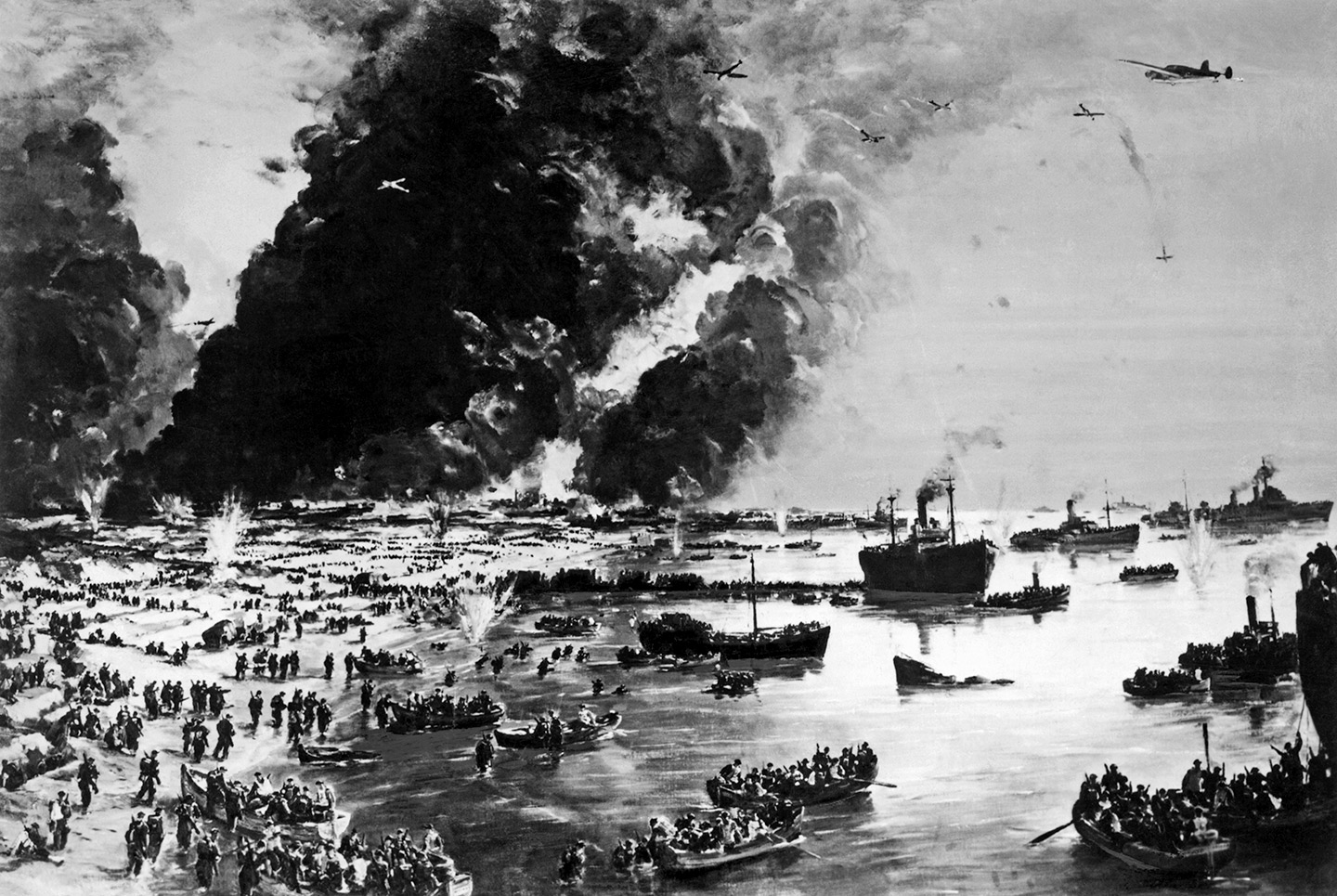 And let’s be clear: The Battle of Dunkirk was a calamity. Any time two forces meet and one winds up frantically scrambling to transport hundreds of thousands of soldiers home as swiftly as possible, it’s impossible to see it as anything other than a resounding defeat from a tactical standpoint.

Dunkirk, however, could have been much worse for Britain. The aftermath rallied the nation instead of devastating it. Indeed, once Winston Churchill applied his linguistic genius, it proved an inspiration still invoked today.

How did this happen?

To begin, it’s worth noting that Dunkirk occurred during one of the most eventful months of WWII and possibly the entire 20th century. On just the day of May 10, 1940 alone, Germany invaded Belgium, Holland, and Luxembourg while Winston Churchill replaced Neville Chamberlain. Two days later, Germany crossed the French border. The Dunkirk evacuation began on May 26 and lasted until June 4. 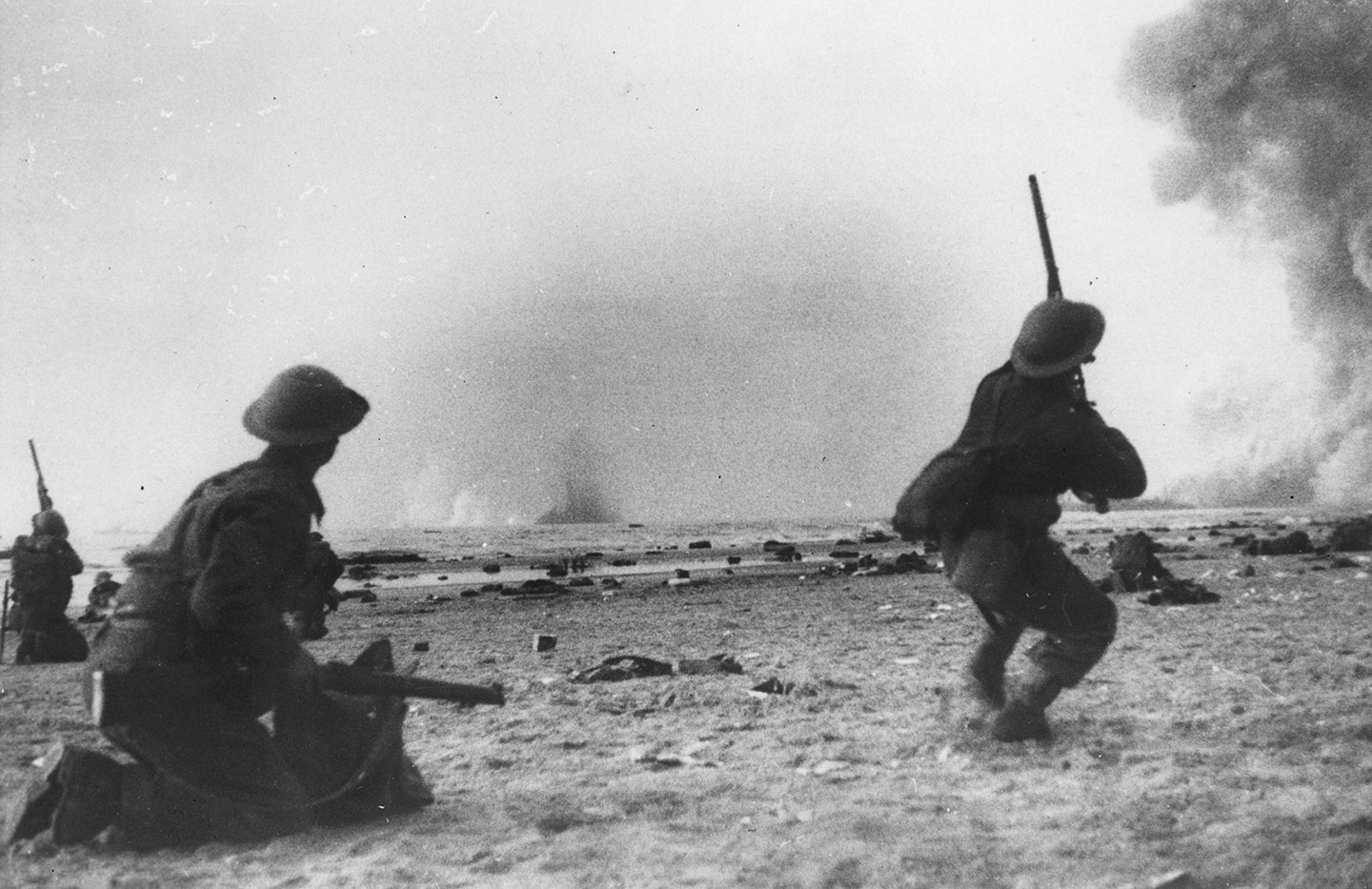 British soldiers fight a rearguard action during the evacuation at Dunkirk, shooting rifles at attacking aircraft. Bombs are exploding in the sea. (Photo by Grierson/Getty Images)
Getty Images

It quickly became clear the Allied forces were no match for the Germans. Instead, they focused on safely transporting soldiers the roughly 20 nautical miles from Dunkirk, France to Dover, England. It can be a difficult passage—Nolan himself has noted a Channel crossing in a small yacht took him 19 hours and he, obviously, did not have to deal with the Nazi air force.

Incredibly, the evacuation saved an estimated 330,000 to 340,000 soldiers. Thompson calculates that the mix was about 200,000 Brits, with the rest French, Belgians, and Poles. The success was a result of not one, but two Dunkirk miracles. The first was the Germans inexplicably halting their advance for a time. The second was a run of stormy weather that temporarily stopped the Luftwaffe from strafing Allied forces. Combined, they made it possible for a shockingly effective, truly unique amphibious rescue. 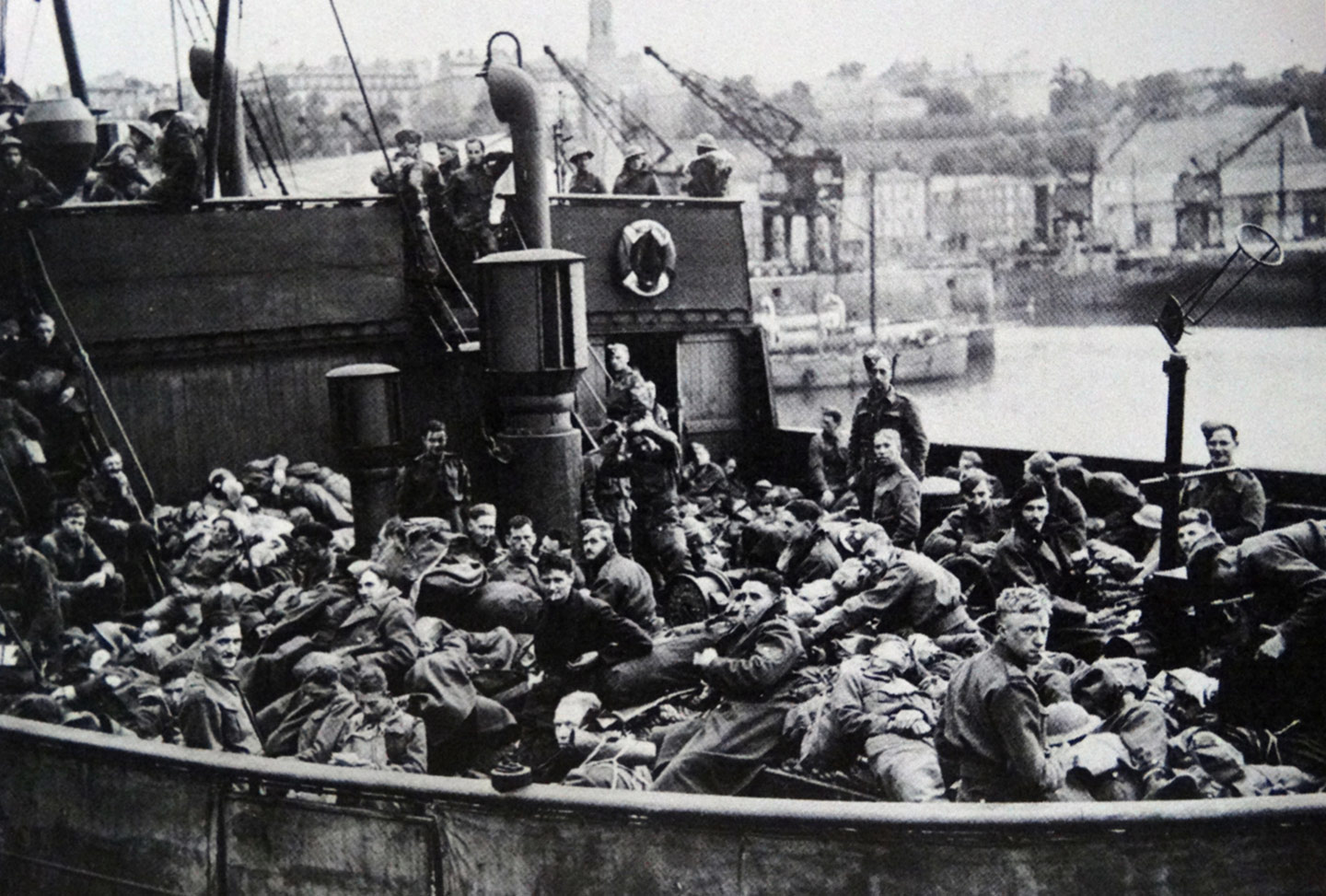 Thompson notes that in Delivered from Evil: The Saga of World War II, Robert Leckie called the ships that came over from England the “most remarkable armada in the history of warfare.” Quite simply, this was a case of the military having to turn to civilians and civilians rising to the challenge. Thompson reports Leckie estimated there were 887 vessels, of which over 665 were civilian, ranging from “fishing boats to pleasure craft.” Thompson said there were even “documented cases of people rowing oar-driven craft across the Channel.” One of the notable participants in the rescue was Charles Lightoller, an officer on the Titanic and World War I veteran who, at age 66, brought over his personal yacht Sundowner and is credited with rescuing 130 soldiers from the beaches.

“World War II is the gift that keeps on giving for screenwriters,” Thompson said. “There’s no end to amazing true things that happened.”

The result was that the United Kingdom pulled together in a way that demonstrated not only that the nation would support the war effort but could do so surprisingly successfully.

Churchill captured this achievement in the most rousing way possible through a speech including the legendary words:

And with that, Thompson said a military setback became a “propaganda triumph,” as what could have been a crushing or even fatal blow by the Nazis morphed into victory.

Listen to Churchill’s immortal speech below.