The History of Air Force One

ROSTOCK, GERMANY - JULY 14: Air Force One, the plane of US President George W. Bush, is being prepared for his departure on July 14, 2006 in Rostock, Germany. Bush continues to the G8 summit in St. Petersburg, Russia, after visiting German Chancellor Angela Merkel's constituency in former East Germany for a day, stopping in the city of Stralsund and later in the small village of Trinwillershagen for a barbecue with residents. (Photo by Andreas Rentz/Getty Images)
By Sean Cunningham 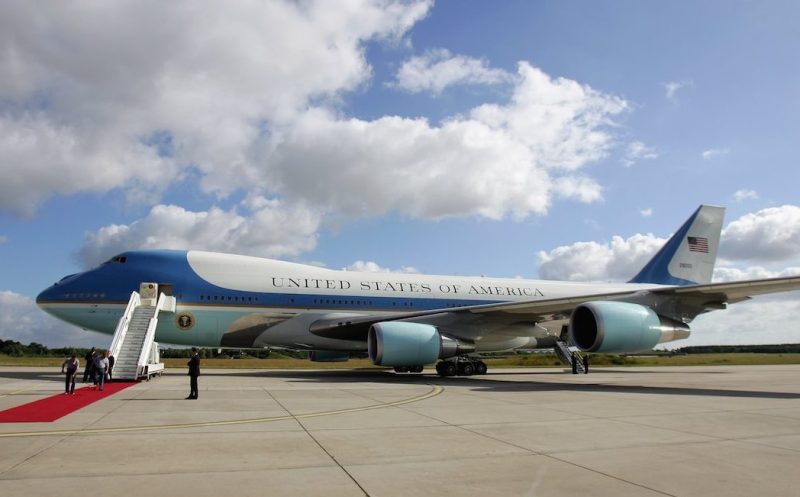 Air Force One being prepared for departure on July 14, 2006 in Rostock, Germany. (Andreas Rentz/Getty Images)

Technically, Air Force One can refer to any Air Force aircraft containing the American president. That said, we all know it as a highly customized Boeing 747-200B. (There are actually two of them: whichever one has the President is the official Air Force One; the other may never be described as Air Force Two, since that term is reserved for the VP’s 757.)

Air Force One is operated by the Presidential Airlift Group. It’s part of the White House Military Office and was founded at the direction of Franklin Delano Roosevelt in 1944. John F. Kennedy was the first president to fly in a jet specifically built for presidential use (in his case, a modified Boeing 707) in 1962, with our current aircraft delivered in 1990. (Don’t get too attached, as it’s been announced it will be replaced with a Boeing 747-8.) 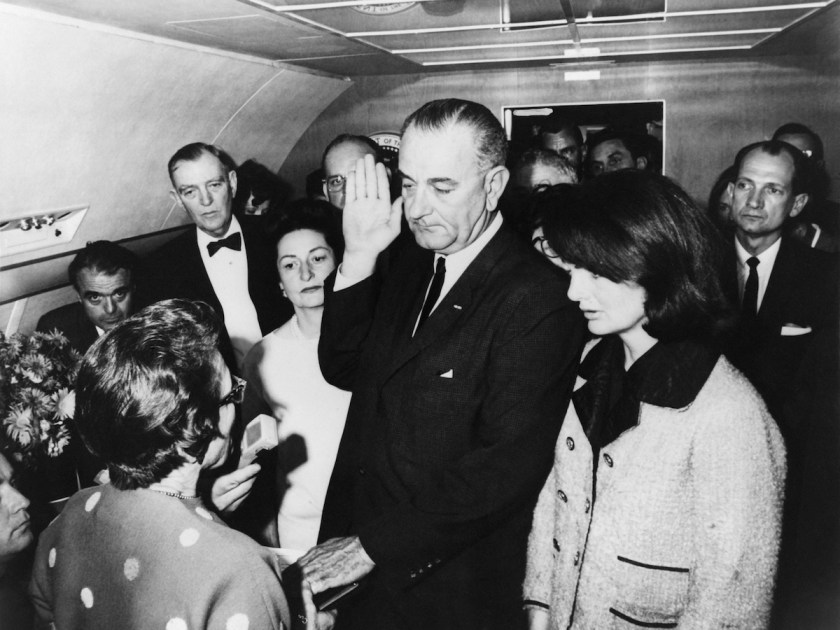 The plane has been deeply linked with the presidency over the decades, with Lyndon Johnson taking the oath of office on it after JFK’s assassination and an international incident breaking out recently over China’s refusal to extend a staircase to it. Indeed, author Peter Conrad argues in The Guardian that Air Force One simply embodies America’s influence in the world:

“So long as the doctrine of American isolation prevailed, the presidency was a desk job, tethered to Washington DC. But when the US acquired global power after 1945, the president took to the air, travelling in a plane that has come to represent the ubiquity and intimidating might of this ultimate empire. Equipped with surveillance systems that eavesdrop on the lowly world it overflies, allegedly able to fire missiles and to withstand a nuclear blast, Air Force One is evidence of dominance. Even if we don’t accept American superiority, we bow down before American immensity: the customised 747 currently in use is as tall as a six-storey building and as long as a football field.”