The Most Incredible Historical Artifacts You Can Walk Inside

The world's greatest and most influential architecture can't be viewed from inside a museum. 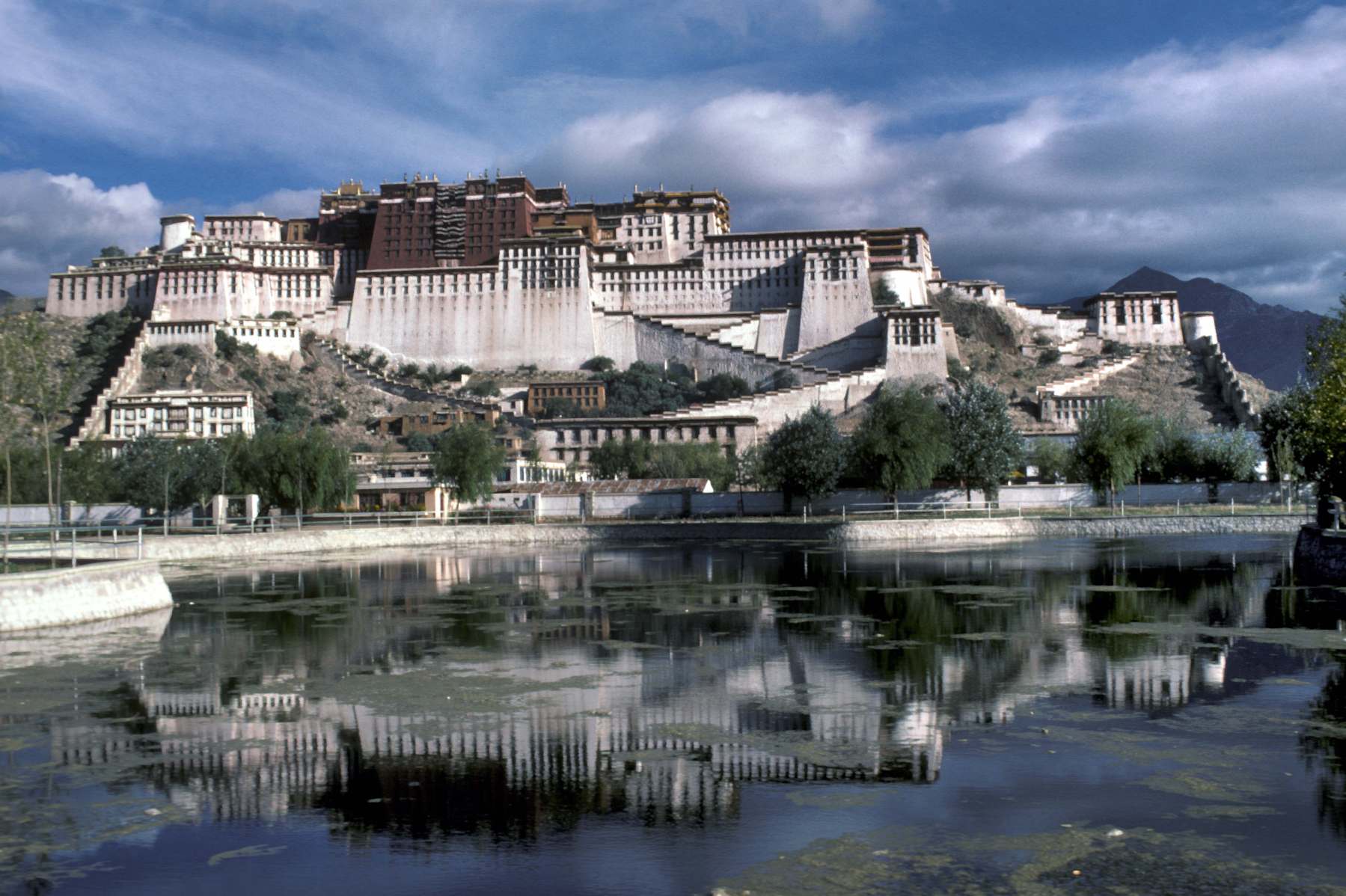 Historical artifacts are usually displayed in the hushed halls of museums, glimpsed from behind a pane of untouchable glass that separates visitors from the relics that shaped the human race. For this list, we’ve rounded up pieces of history that are tangible and, in some cases, very tasty. Whether your next vacation or business trip takes you to Europe, the Caribbean, Africa or the Middle East, these are the stunning places you have to step foot in first before catching a flight home. 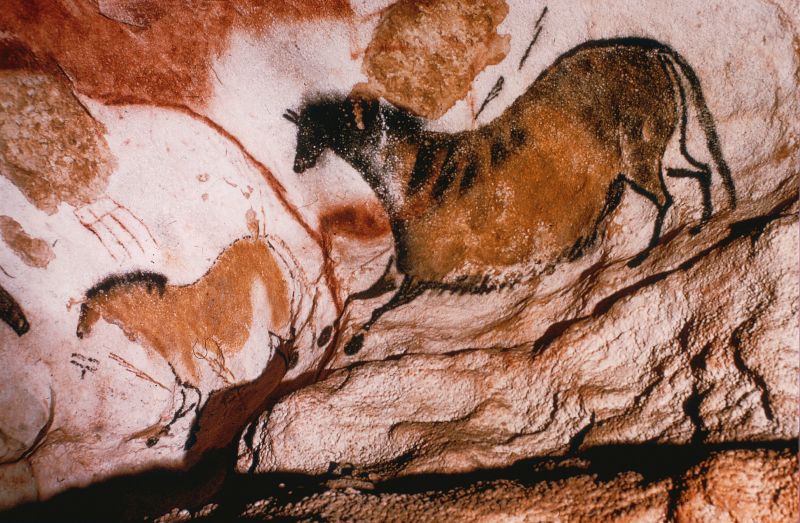 Discovered in 1940 by four teenagers out exploring, these 17,000-year-old paintings are a must-see. The walls are adorned with approximately 1,500 engravings and 600 painted and drawn animals and symbols, some of which are mythical in nature. The only reported human figure depicted is a man with the head of a bird and an erect phallus. It’s believed the cave was used as a place for hunting and religious rites. 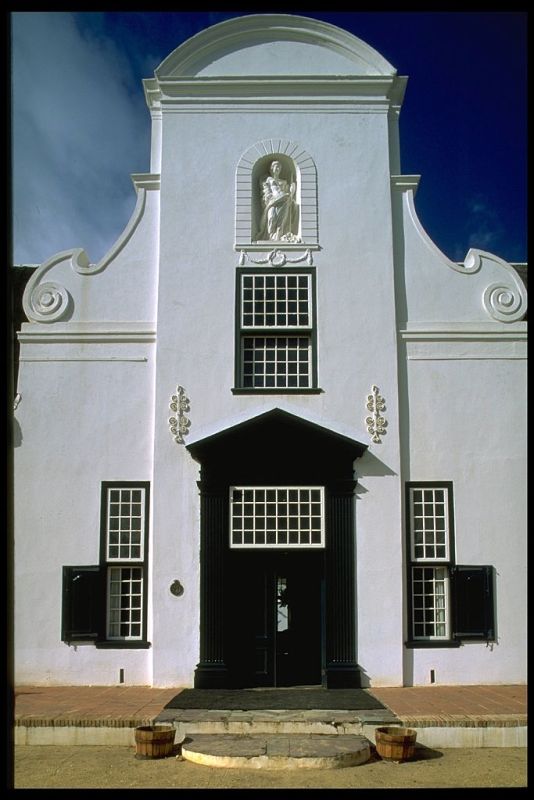 The Groot Constantia Estate just south of South Africa’s spectacular Table Mountain is the oldest vineyard in the country. Established more than 330 years ago, “Constantia Wyn” was purchased by the great emperors and kings of the world, including Frederick the Great of Prussia and King Louis Phillipe of France, and was favored by Napoleon Bonaparte during his exile to St. Helena. It also found its way into classic works of literature, including Jane Austen’s “Sense and Sensibility” and Charles Dickens’ “The Mystery of Edwin Drood.” With gorgeous, rolling hills and a stunning view of the mountain, this is the perfect winery for an afternoon tasting in Cape Town. 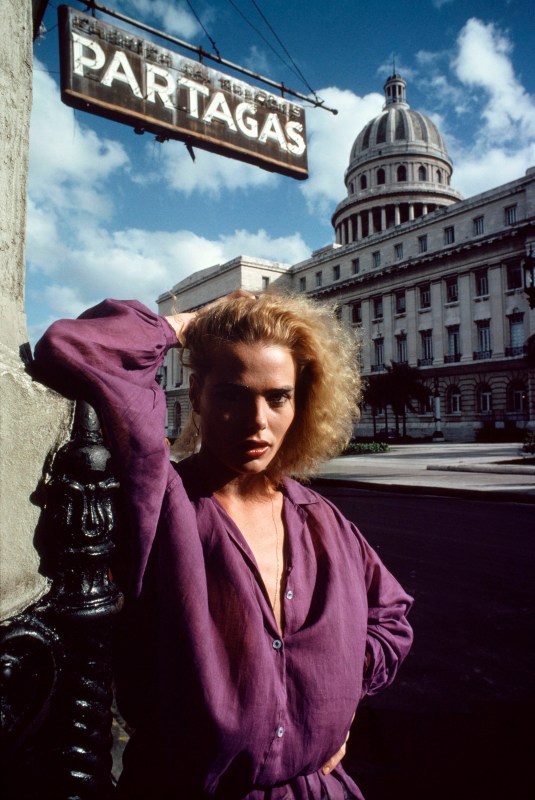 If you smoke cigars — and even if you don’t — you’ve likely heard of the Partagas brand, and potentially have one or two of the renowned Partagas 150 in your collection. Known as a well-priced Dominican cigar, Partagas was actually birthed by the Spanish immigrant Don Jaime Partagas y Ravelo in 1845 Havana. The business flourished until the Cuban revolution in the 1950s, which forced most of the production out of the country and into the neighboring Dominican Republic. Today, it has moved original buildings in the Cuban capital — the original 1845 was crumbling — but still oozes the classic and refined air that made it world-renowned in the first place. 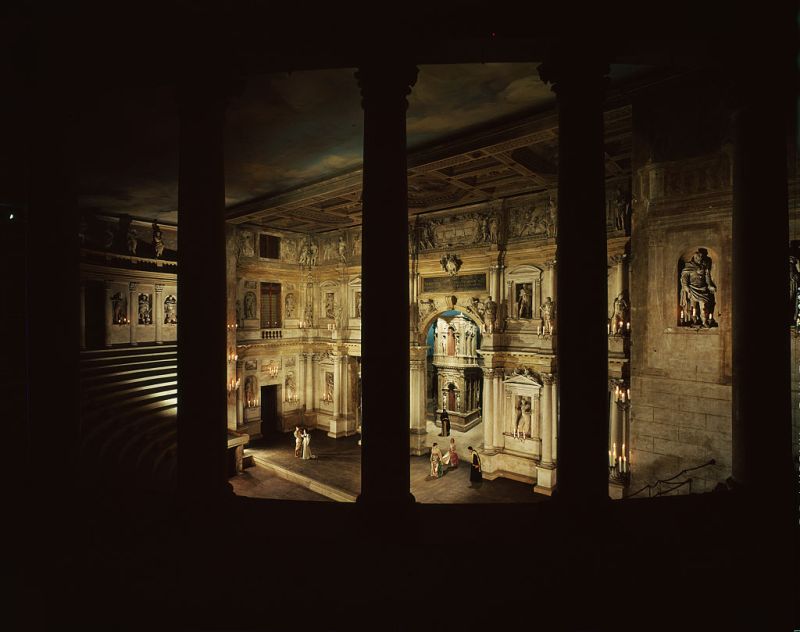 An artistic wonder by any account, the Teatro Olimpico in Vicenza, Italy, is the world’s oldest theatre. Constructed between 1580 and 1585, it was the final work of Andrea Palladio, the Italian Renaissance architect who died before its completion. The theatre’s first production, Sophocles’s Oedipus the King, was held for an audience on March 3, 1585, and although it’s in a delicate state today, there are still performances held for limited audiences of 400 that run from spring to fall. 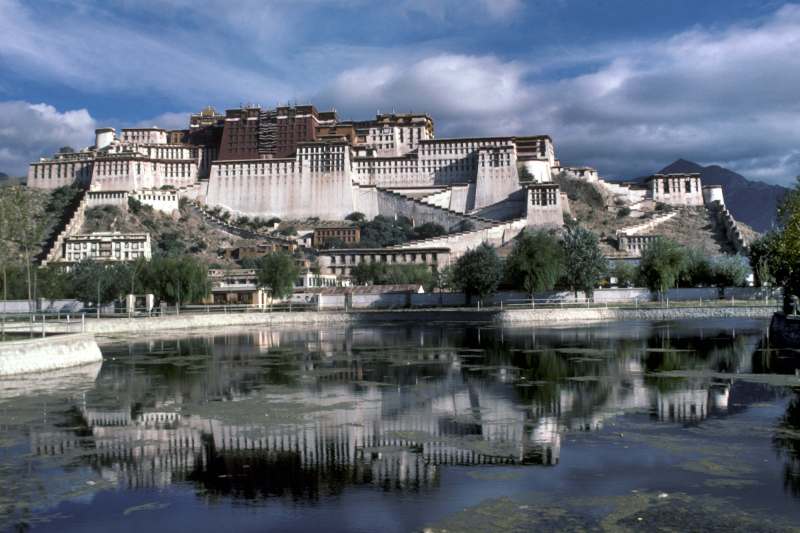 Historically recognized as the living quarters for the Dalai Lama, the remarkable Potala Palace was built in the 7th century and sits on Red Mountain in Lhasa, Tibet, at an altitude of more than 12,000 feet. But make sure to put your time to good use: Visitors can expect a relatively strict travel route upon arrival, with only an hour to explore the stunning architecture from the inside. 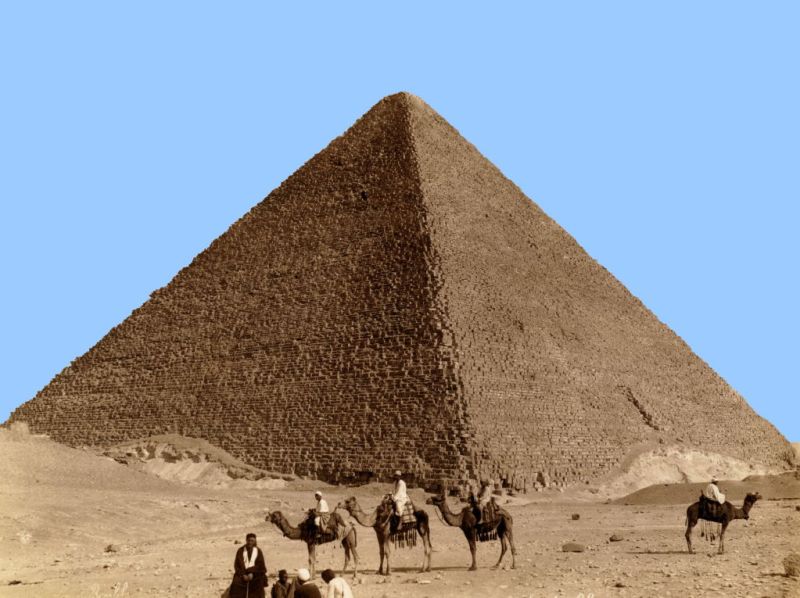 The largest of Egypt’s majestic pyramids, the Great Pyramid of Giza can’t be missed by anyone traveling through North Africa. Recognized as one of the seven wonders of the ancient world, it’s the only one on the list still standing, and was built thousands of years before the birth of Christ on the west bank of the Nile River. Initially created to house the bodies and riches of Egypt’s royalty, it’s been robbed of it’s bodies and riches by both ancient and modern vandals.  Still, archaeologists and tourists still flock to the site to marvel at its greatness. 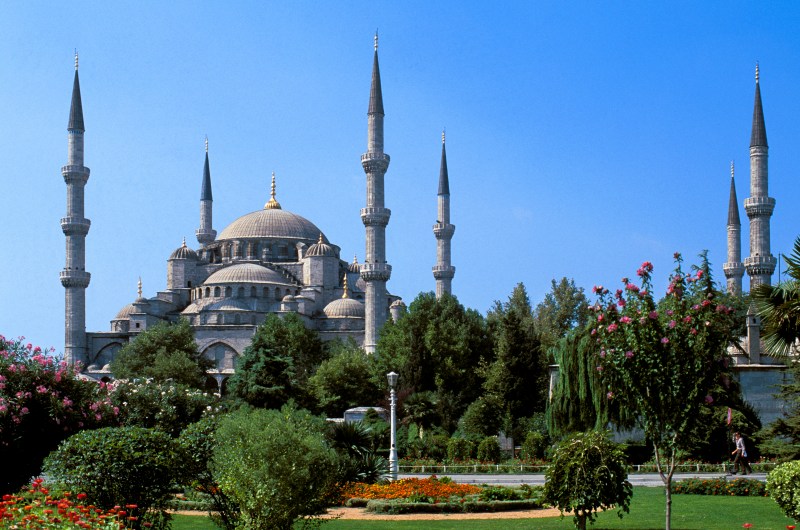 The Sultan Ahmed Mosque, also known as Istanbul’s Blue Mosque, was built between 1609 and 1616 to boost morale after the Fifteen Years’ War between the Ottoman Empire and the Habsburg Monarchy left Ottoman power diminished. Boasting five domes, six minarets and eight secondary domes, it is recognized as the last great mosque of the classic period.

Because the Blue Mosque is still an active place of worship, take care to mind the daily prayer times, which occur five times from morning until evening, and note the dress required of visitors. 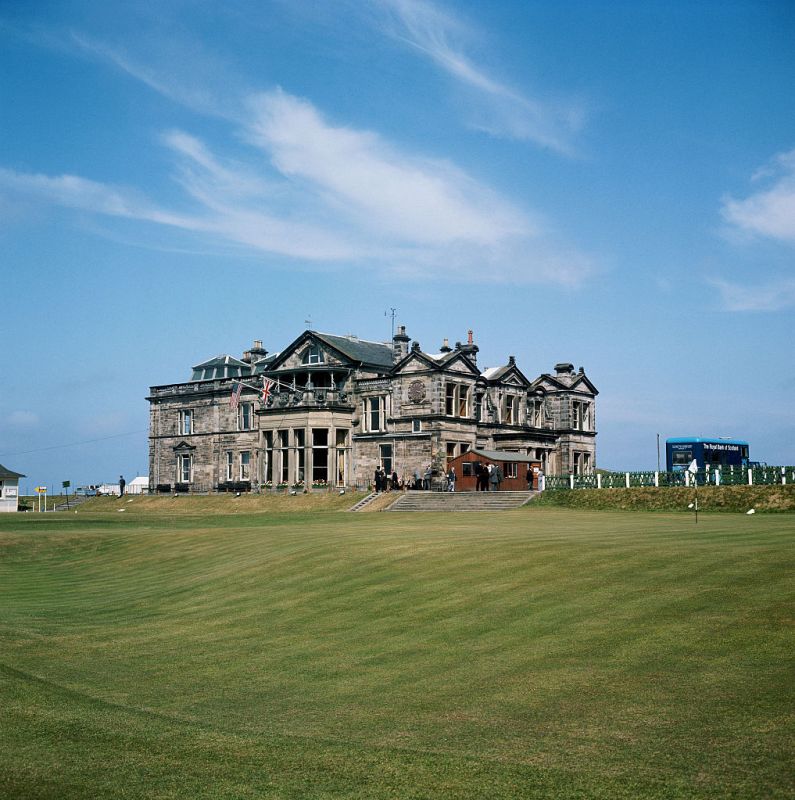 The Royal and Ancient Golf Club of St. Andrews, Scotland

As one of the world’s oldest and most influential golf organizations, any golfers on business or pleasure in Scotland need to stop for a round at R&A. Founded in 1754, you can thank R&A for many of golf’s rules, including the 18-hole round — its Old Course is famed for its role in establishing the standard. As of 2014, women are also allowed to join the elite club.