It's Time to Revive the Speed Parachute for Explosive Training

Here's where to find one for $30, and three workouts to try out when you do

In early 2008, Nike dropped a commercial called “My Better Is Better” featuring of-the-moment stars like LaDainian Tomlinson, Steve Nash and Landon Donovan working out with specialized SPARQ training gear. SPARQ was enjoying some national relevance at the time, as a standardized fitness test meant to measure the agility, foot-speed and power of recruits, and Nike had bought the company out an in effort to bring the movement the masses and sell a load of neon green gear.

Though the Nike SPARQ initiative is barely publicized anymore, there are Velocity Sports Performance centers that still administer the SPARQ test — which includes the 40-yard dash, kneeling power ball toss, agility shuttle, Yo-Yo intermittent recovery test, and vertical jump — and there are still “combines” held throughout the States, where unheralded high school football players can show up to get an official SPARQ rating and compare their marks to those of their peers.

These days, the program’s lasting influence consists of inane barstool factoids (like former MLB center-fielder Jacoby Ellsbury scoring a 102.31 SPARQ rating, to beat out NCAA gods Tim Tebow, at 96.92, and Reggie Bush, at 93.38) and the presence of NFL running back Adrian Peterson in that original Nike SPARQ advert, who famously raced a Formula One car while dragging five speed parachutes affixed to his waist. Somewhat understandably, the years have not been good to AP: he’s been on three teams since, weathered several injuries and served a suspension for abusing his child. But they haven’t exactly been kind to his equipment — the speed chute — either, and as I’ve recently discovered, that’s a mistake.

With a focus on anytime, anywhere cross-training, Nike’s SPARQ gear was somewhat ahead of its time. The line included tools and toys many in the quarantine-era have sourced to create home gyms. Think: resistance bands, agility ladders, medicine balls. But one piece of equipment from the collection has slowly faded from the public consciousness over the last decade-plus. That would be the speed parachute, a wind-resistance apparatus that affixes to the waist of a runner via a belt. When you run fast enough, even on a flat, windless field, the chute stretches back four-to-six feet (depending on the make) and opens up fully, forcing your entire lower half — glutes, quadriceps, hamstrings and calves — to work harder.

It isn’t entirely clear why people don’t use speed parachutes anymore. (When’s the last time you saw someone training with one at a field or track?) Cost could have contributed to the gear’s nullibiety; many parachutes were sold as part of dedicated, $100-plus outdoor set (like Nike SPARQ), with various cones and straps. Fitness trends are also notoriously fleeting, and it’s possible that people just forgot that training with a speed parachute was a viable, out-of-the-box method to bolster speed and power. Regardless, though, right now is as good a time as any to get back into the game. I was able to recently pick up an excellent chute from SKLZ, a home workout manufacturer, for just $30. There are other options online: certain backwater sporting goods stores still sell Nike SPARQ’s original speed parachute for $50 or so, while other brands sell chutes for less than $20.

The SKLZ parachute is extremely turnkey. It’s already set up when you unbox it; all you need to do is head to an open space to try it out. There’s definitely a Christmas morning bicycle vibe with a fitness toy like this; you’re going to want to start running immediately, and see what it takes to get the chute to open behind you. I’d implore you to take it slow. I felt a slight tug when I started sprinting straight away — and not just from the parachute, but in my oblique. Very few of us find time to incorporate all-out effort in our everyday running routines, and when there’s wind resistance involved, you have to be extra careful. So, do some dynamic stretching before you start running. And once you get going, try some straightaways at a longer distance (a full length of a football field is a good place to start), at 75% effort. Get a feel for the parachute.

When you’re ready to take the training wheels off, and actually start training, there are a few proven speed chute workouts to try:

Each of those workouts focuses on something a little different: the 50-yard sprints emphasize sheer explosiveness, the shotgun sprints can improve your stride rate (which will have a direct, positive impact on your running economy — more steps means less chance of injury) and the obstacle course is all about lateral decision-making and agility. On the surface, it might feel a little odd: if speed parachutes had a moment in the late aughts, as a tool to help high-school athletes lower their 40-yard dash times, why should the general, aging public want anything to do with them? Most don’t have a combine on the horizon. And the thirty-somethings or older who actually do have track meets are rarely running races under four laps — let alone a dead straight sprint.

Consider this passage from fitness expert Ben Greenfield: “Running at an extremely high turnover rate is an effective method to recruit new muscle tissue, specifically by engaging more muscle motor units than if you’d trained at lower speeds. This is called a “neural adaptation,” and you can consider it a form of training for your nervous system. During speed training, your brain learns how to fire faster and control your muscles more efficiently at higher speeds, and you also develop more powerful and quick muscle fiber contractions, which comes in handy for hard surges during a race or tough workout.” Basically, running fast comes in handy later for the body — especially for bodies that are usually solely focused on long-distance running.

All endurance training programs, no matter how old the person observing them is, stand to benefit from occasional, high-octane running. Progressive wind resistance shocks leg muscles by asking far more of them than they’re used to (in a similar manner to hill workouts) and helps build “fast twitch” muscle fibers. Getting rid of that wind resistance, meanwhile, by unclasping the parachute, induces what the fitness world calls “overspeed training.” In order make progress when fighting a speed parachute, your legs will reach an effort level that’s hard to simulate without it. And once that chute is gone, you stay at that level. It’s a nutty, awesome, freeing feeling.

Which is one final, equally important reason to give the speed parachute a try. More often than not, my most memorable workouts involve distracting myself enough that I start to have fun. That might involve gamifying long, painful distances on the roads, or hopping on a funky-looking bike, or back in the age of sweating alongside other human beings, letting a former surfer put me through hell on an Oahu beach. It’s a proven method: experimentation doesn’t eliminate the need for effort, but it’s make it easier to come by. So in the name of jumpstarting, fine-tuning or outright shocking your fitness routine: strap a parachute to your waist, find a wide open space and let loose. 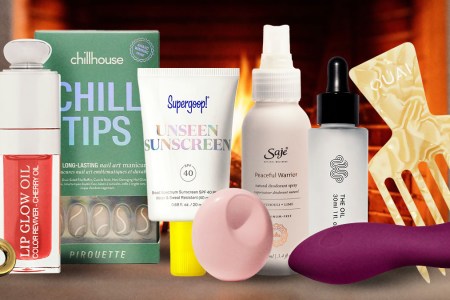