What do Vijay Singh, Dustin Johnson and Brooks Koepka have in common? This guy. 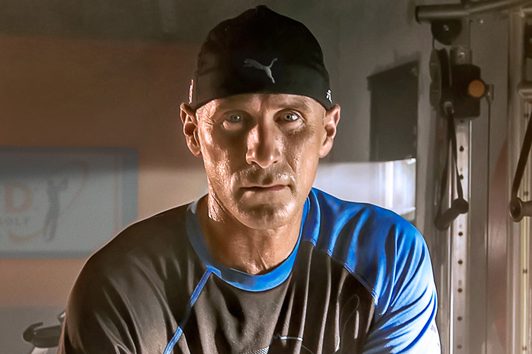 What do Vijay Singh, Dustin Johnson and PGA Championship winner Brooks Koepka have in common, beyond having been ranked No. 1 in the world and winning at least one major along with millions in PGA Tour purses?

Diovisalvi, who has also worked with Frederik Jacobson, Rickie Fowler and Keegan Bradley, is an expert in biomechanics and helped pioneer the field of golf-specific fitness training. Using Diovisalvi’s method, golfers like Johnson and Koepka strive to optimize their bodies for golf by increasing their ability to create the proper force with the proper form.

“If I give you opportunities to strengthen the body, which helps you swing the club more efficiently with a little bit more speed and power, you have better balance, which means you have better control,” Diovisalvi tells InsideHook. “You train your body very specifically the way it moves, in balance, the width of your feet, your legs, up your waist … If you need to hit a 300-yard shot, you have to train your body to be able to get that club far enough in a position where it loads properly and you can deliver the balance of power to get that ball to potentially 300 yards.”

It’s no coincidence that golfers have started to look more like world-class athletes and less like John Daly since Diovisalvi started working in the industry more than two decades ago.

“I would like to humbly say that I have influenced the game,” Diovisalvi says. “I was not willing to accept not being accepted. When you do the research and the studying and then see the results of the players who chose to work with you and they’re willing to talk about their physical routines, that really helps. Twenty years ago when I started, we were not accepted. Just like in Major League Baseball, people didn’t want these strength-and-conditioning guys hindering or potentially ruining their baseball swing or the way they threw the ball or their natural mechanics. So the evolution took some time.”

Proponents like Diovisalvi were a big part of that evolution, but he also credits Tiger Woods with being a high-level player who showed the golfing world it was okay to train like other athletes.

“Golf is, in fact, a very athletic game which is now a sport that’s played by athletes at a very high level,” Diovisalvi says. “I think acceptance and getting people to understand that they shouldn’t fear golf science and they should embrace it was probably brought on more so by Tiger more than anybody in the world. We’re grateful to him for that. But, we’re also grateful to the technology and to the science behind the technology. I’ve watched the game change very similar to the way that the clubs and the ball have changed.”

As for Woods’s improved play in 2019 — which led to him winning his first major in more than a decade at the Masters in April — Diovisalvi sees no reason he can’t keep it up.

“Tiger is more aware that he can’t work as hard on all aspects of his game the week of a tournament,” Diovisalvi says. “He has said repeatedly, and I can actually quote him on this: Some weeks he works harder on his putting, so his putting might show up better. Some weeks he works harder on his short game. Some weeks he’s working harder on his driver. What he’s working harder on than ever before is his key awareness, his recovery. Tiger will sustain for as long as he chooses. He will show us all. He is tenacious and he exemplifies to me, that at the highest level, that using recovery will be the key to longevity.”

In addition to golfers like Woods and BODYARMOR ambassador Johnson being looked at more like athletes that play, say, tennis or basketball, another change pro golf has seen during Diovisalvi’s time in the game is an increasing number of players seeming to embrace CBD. While he isn’t against it, Diovisalvi also is not yet at the point where he’d recommend using it to any of his athletes.

“I think that if something has holistic or natural properties that give the body an opportunity to have an anti-inflammatory that doesn’t have the long -term effects an over-the-counter prescription medication, we would look at it, but we would err on the side of caution when we don’t know much about it,” Diovisalvi says. “So, I’m open to it. I just need to learn more about it and it needs to be proven, you know, for us, at the level that I work at.”

One thing Diovisalvi does suggest to his clients, from Johnson and Koepka on down to weekend warriors, is proper hydration on the golf course.

“The body needs to be charged and efficient, but it also needs natural ingredients that create an opportunity for absorption. Absorption really is the energy source we call upon when we’re creating force,” Diovisalvi says. “The science of nutrition and hydration is changing. When you look at a company like BODYARMOR, they’re starting to replace bad ingredients that create crashes. If you put bad racing fuel in a high-level car, the car’s not going to perform correctly. If you put, you know, the wrong batteries in a flashlight, the bulb doesn’t burn bright.”