"It’s not like we are going to fight or he is going to knock my teeth in," the two-time U.S. Open winner tells InsideHook 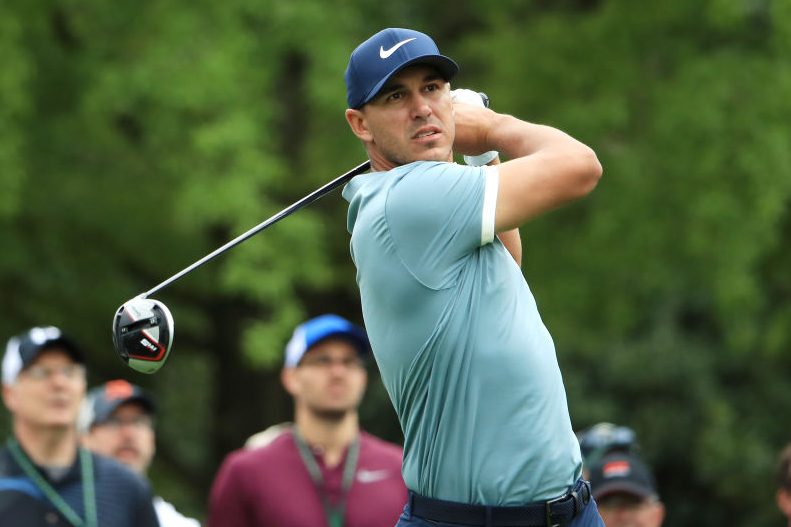 Brooks Koepka doesn't care about the “Tiger Effect" (Photo by Andrew Redington/Getty Images)
Getty Images
By Evan Bleier / May 7, 2019 10:52 am

In the wake of Tiger Woods winning his 15th major championship last month at the Masters, Rory McIlroy said most PGA Tour pros once again dread seeing the 43-year-old dressed in his signature red and black on Sunday because it is intimidating.

When asked by InsideHook if he was intimidated by the so-called “Tiger Effect,” Koepka — who finished a stroke off the lead at the Masters and tied for second behind Woods — had a simple answer.

And Koepka’s actions speak just as loudly as his words as more than a week ahead of heading out to Long Island for the upcoming PGA Championship at Bethpage Black Course with a $10.5 million purse on the line, the 29-year-old pro was practicing tricks shots, not putting.

As part of a Michelob ULTRA promotion (which will grant NYC drinkers a $5 rebate on six-packs as well as a free brew at select bars in the city from 3 to 6 p.m. when the PGA Championship kicks off on May 16), Koepka was on Governors Island off the coast of Lower Manhattan trying to hit golf balls onto a floating barge in the middle of the Hudson.

While on the island, the defending PGA Championship champ, who will be playing with Woods in the tourney’s early rounds, spoke with InsideHook about tricks shots, Woods and why he’s always so cool under pressure.

Here’s what Koepka had to say after dinging the barge with a barrage of shots in spite of high winds and higher expectations.

Woods is a winner, but not intimidating on the course

“I could care less. The only thing that changes for me is that I think a lot of my family and friends aren’t going to watch Thursday or Friday. They aren’t going to walk the golf course because they know it’s going to be so packed. I think if I wasn’t in that group, they might have wanted to come a bit sooner. Other, than that, nothing is going to change. I’m still out there to go play golf. I’m still there to do what I got to do. We’ll see where it goes from there.”

Pressure is a self-imposed phenomenon

“It just part of the sport, the game. He’s the reason I’m playing and probably the reason most guys are playing. What he’s done for the sport is incredible. Why we are able to do what we do is because of him. You have to give him the respect he deserves. It’s a hell of an accomplishment what he’s been able to do, especially considering everything that’s gone on the past couple years.”

“Just relax. It’s always fun. I don’t know if you’re supposed to be able to pull it off, but it was fun. I enjoyed that. There’s not that many times you get to hit a shot into the Hudson on a barge with cameras and everybody. It’s definitely unique. I was literally just trying to hit that barge. That was my only thought. I wasn’t trying to make any adjustments. The first one I thought looked really good, and then the second one got on the barge. Didn’t really have to make too many adjustments.”