How I Learned to Stop Worrying and Love Facials 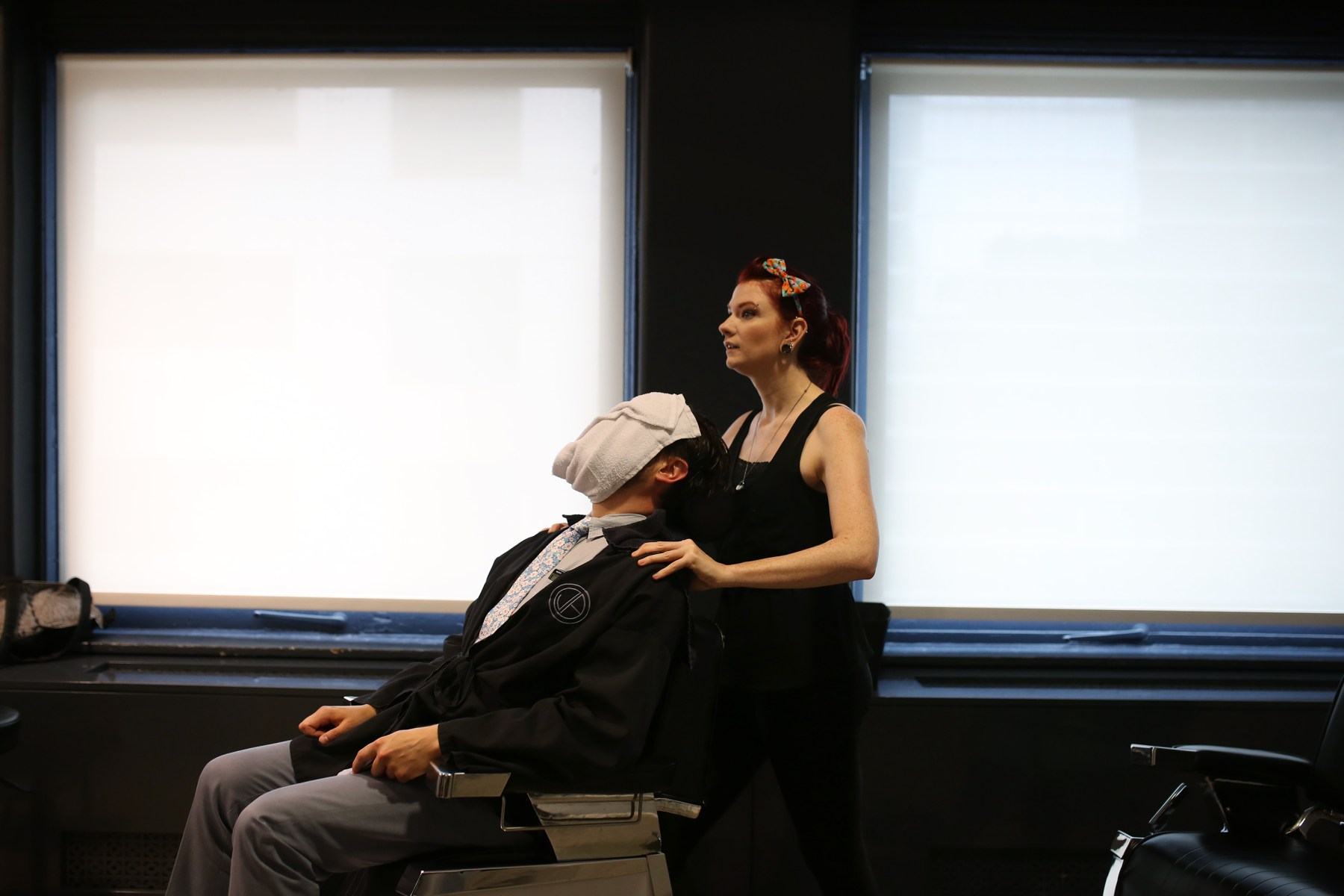 Over the last decade, I’ve had better, longer-lasting relationships with my barbers than I did with any girlfriend before I got married. All of the breakups were somewhat amicable, with the guys who I paid to trim my beard and shave my head every few weeks usually moving away or, in one case, disappearing only to reemerge two years later in the Union Square subway trying to convince me to take one of those Scientology personality-analysis tests.

I reluctantly took the test because I thought the barber and I had built something over the years and I felt like I owed it to him. But now I just feel like a sucker who has to question everything because: 1) He’s a Scientologist now and 2) He never said, “Jason, you should spend 25 bucks extra and treat yourself to a facial.”

I was sent into that little existential spiral because your relationship with a person who cuts your hair should be personal. They use a sharp pair of scissors or a straight razor on your face and head, for crying out loud. There has to be some degree of trust there. So after my latest barber left for L.A., giving me two weeks to try and scramble to replace what had been built over nearly two years, I felt lost, maybe a little impressionable. I tried a few different people, but I didn’t gel with any of them.

And then, one day, I got an email offering me a facial at the new outpost of Fellow Barbers, the barbershop where my old guy had worked. Fellow has long offered up their “Hangover Treatment” that you can tack on to a buzz or haircut, but I think my old barber and I had such an established relationship that he didn’t try to upsell me. He knew what I wanted when I came in, and I think there was a certain amount of respect there.

But when I got the email with the offer to try out Fellow’s new “Benjamin Button Facial,” I was a free agent. If they wanted to offer me a free facial with a new barber I’d never used, then sure, I’d try it for the sake of journalism.

Who tends to need a facial? Historically speaking, a treatment that used oils and/or lotions on a person’s face was one of those things that society liked to lump into the “for women” category, along with manicures and using moisturizer. Of course, now we’re getting a tad (just a tad, maybe a smidge) more enlightened as a culture and we know that gendering things, especially skincare, is totally stupid. Everybody should put moisturizer on their face (especially one with SPF in the daytime), spa treatments feel really nice and getting a damn facial is great.

That last part I didn’t realize until I sat down in the barber’s chair. I also didn’t realize how badly I needed a facial after spending the previous evening trying several different bottles of rosé (the wine version of things we unnecessarily gendered simply because it’s usually pink) with a few friends who have gotten really into wine over the last few years. I definitely drank too much of it, probably so I could drown out some overgrown thumb of a man who kept saying, “It’s rosé season, bitches,” every five minutes or so, like he was Dustin Hoffman in Rain Man save for any of the genius. Suffice it to say, when I sauntered into the Fellow Barber South Street Seaport location, I was not feeling that great. All I wanted was a coconut water and an egg and cheese.

But those things weren’t available in the barber chair. So I sat there as Rob the barber shaved my head and trimmed my mustache, trying not to concentrate on how my head felt like the timpani in Also Sprach Zarathustra. I didn’t think I was going to make it to the facial.

Like a good soldier, however, I carried on, and I’ve honestly never been happier that I didn’t let a hangover stop me from doing something. The facial saved my entire Saturday. It made me a facial believer.

Rob started with a series of hot and cold towels to my face meant to, as I was told, calm the skin. Which, in hindsight, sounds like something Buffalo Bill from Silence of the Lambs might say to his victims. But on my face, which was pounding like a pair of cheap subwoofers in the back of a tricked-out Honda, it felt like absolute heaven.

After that, Rob applied a number of different lotions from Alder New York, including an anti-aging mask that’s formulated with hyaluronic acid, skin-renewing spirulina, moisturizing vitamin E and oat straw extract. Yet another thing that, for years, people were saying was really designed for one specific gender, I’ve come to really appreciate a good mask every now and then, despite the fact that my face is about 60 percent beard.

As I sat there with the cold goop on my face and some clarity returning to my mind, I tried to think of all of the things I’ve been told were for men and for women. Not that any of that ever really stopped me before, but I will admit that I’d never given much thought to actually getting a facial before, mostly because I’d never been offered one. I looked back at past barber shops I’d been to and, nope, there’s not a listing on the menu for them.

Fifteen minutes later, everything was done. I hopped out of the barber chair feeling totally revived. I’m sure there was some placebo effect involved, but yeah, I felt like my face looked better. I wouldn’t say I felt a decade younger, but I definitely felt like I’d bounced back from the night before.

I have sort of a regimine for making myself feel better about how much the world tries to beat us down and besides hitting the gym every day or so, I do things in twos: I get a massage every two weeks, I go to the Russian & Turkish Baths in the East Village every other week, and now Rob is my barber the weeks I don’t get my massage. Since I’m not made of money, I can’t tack a facial on whenever I visit Fellow Barber, so I’ve made the Benjamin Button Facial part of my monthly routine now. Because, honestly, the world wants you to feel like crap. You should do everything in your power to fight that. Believe in the power of a good facial.