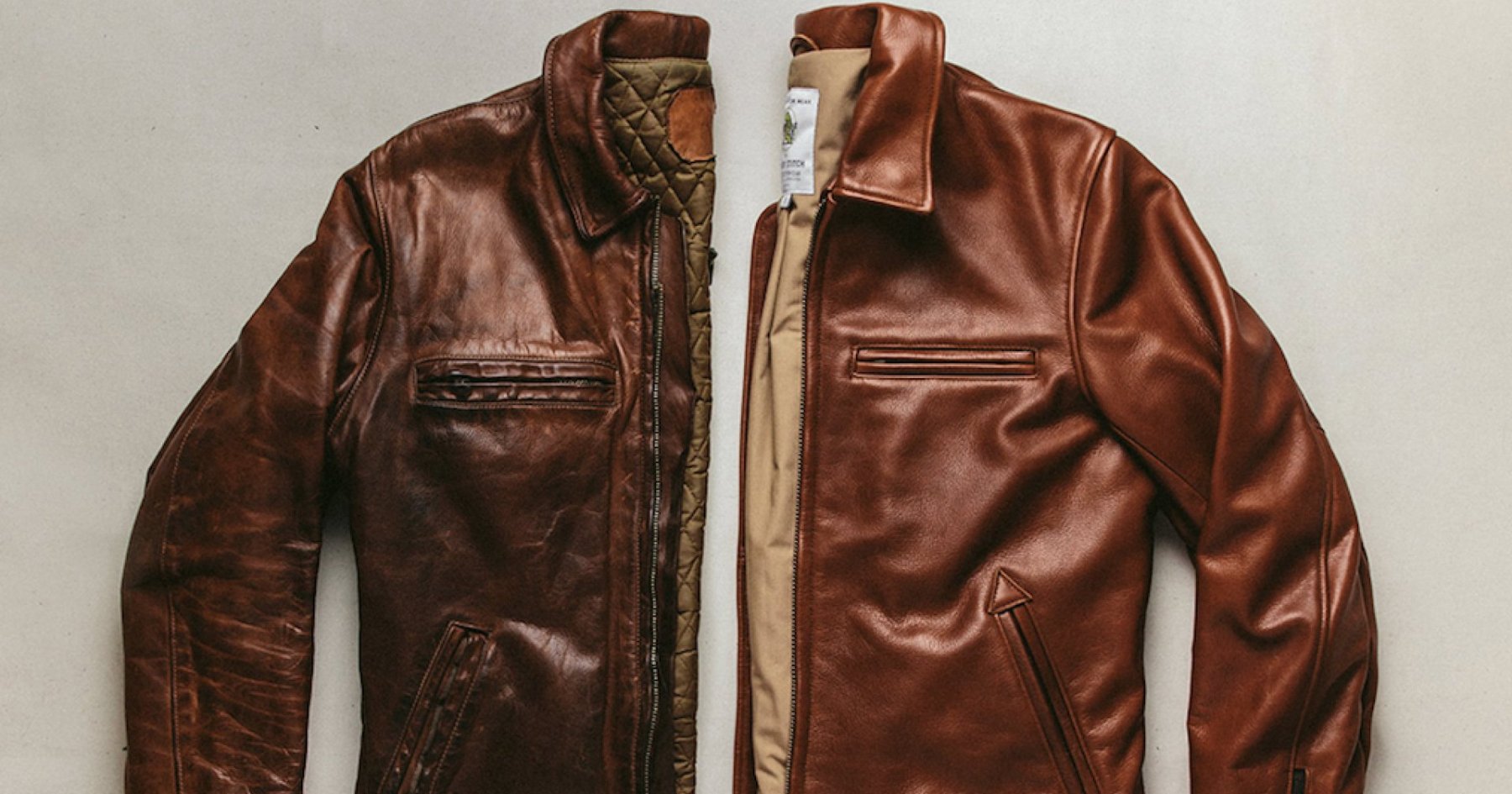 Pro tip: Don’t board a jet ski wearing your favorite baseball cap. That thing’s a goner, and it’s not saying goodbye.

Everyone holds on (figuratively) to things they’ve loved and lost, from discontinued multi-tools to leather racing jackets handed down from their fathers.

So today, we ask nine artisans and adventurers — watchmakers, musicians, survival experts — to name the once beloved item they simply cannot replace (as well as the closest approximation they’ve found in the years since).

As you’ll learn, some were so upset that they personally rebuilt their absentee objects. 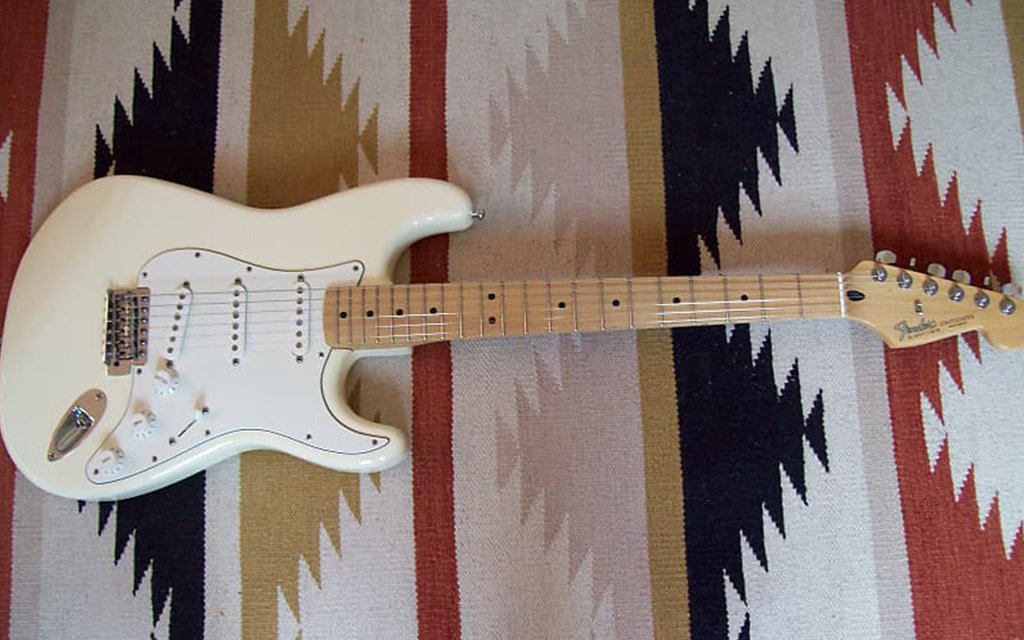 Sean Spellman
Musician in Quiet Life, visual artist, creator of Westerly Sound
Loved: My 1995 Mexican Fender Strat
Lost: It was swiped out of our trailer while sleeping after a show at the Holiday Inn in Covington, KY, right across the river from Cincy. She was my first ever electric guitar. Dang. Super hard to find that year with a maple neck, and wish I had the serial number of mine. Hopefully some young kid got it at a pawn shop and is playing the hell out of it right now.
Found: Fender Standard Stratocaster with Vintage Tremolo 1989-1997 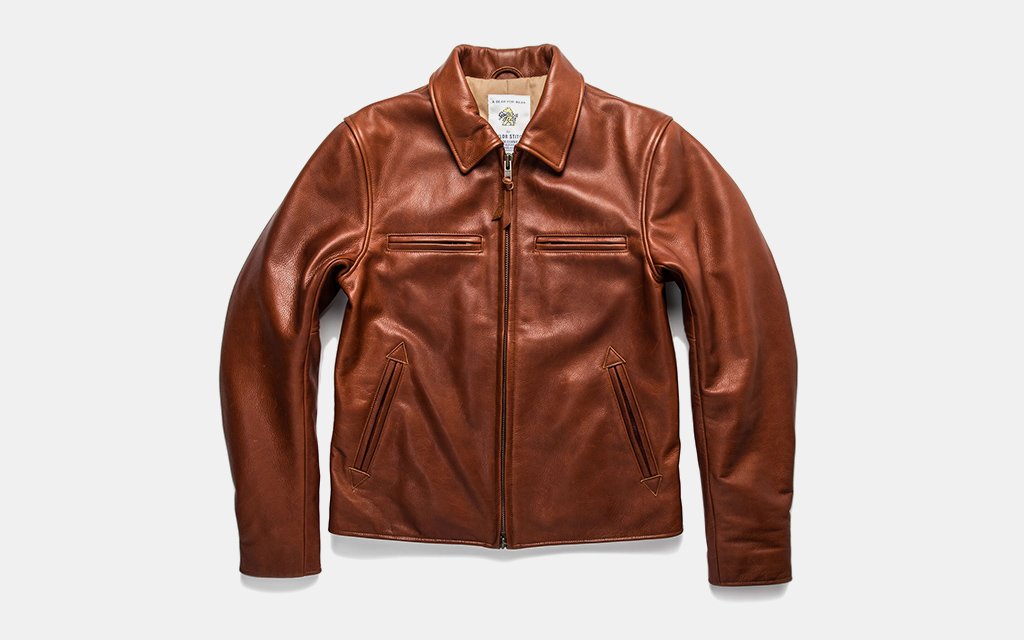 Nick Kemp
Senior Product Designer at Taylor Stitch
Loved: A beautiful whiskey-brown vintage café-racer-style leather jacket. Over 40 years old, worn-in like a baseball mitt, and fits like a glove too. It was purchased by my father Albert in 1973. He picked it up from Walter Dyer Leather in Massachusetts while on military leave/en route to Texas with some buddies on a long haul, multi-day moto-trip.
Lost: Not exactly lost, but discontinued. I made it my mission in life to find out who made this f*cking jacket. When I found out it was Golden Bear, it was truly a dream come true. I traced the jacket all the way back to Golden Bear Sportswear and they still had the original pattern on file. At that point, it was decided that we had no other choice but to resurrect it and give it new life as a Taylor Stitch heirloom piece.
Found: The Moto Collection by Taylor Stitch 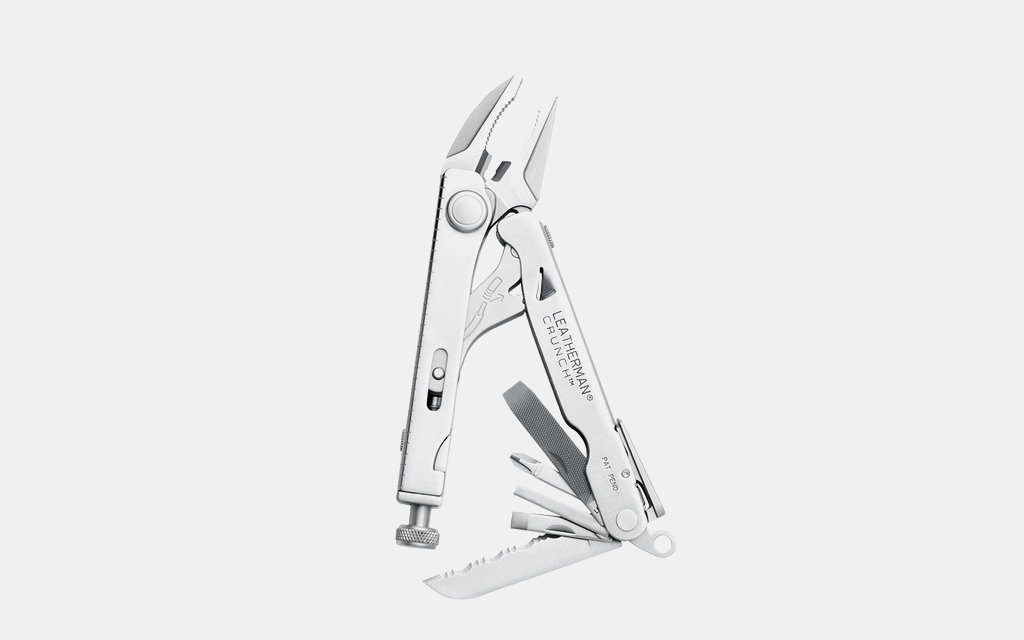 Jörg Sprave
Creator of The Slingshot Channel, a DIY YouTube show featuring builds like sword launchers
Loved: A tool that I dearly loved and used to the max was my Kershaw A100 locking pliers multitool. I think I bought it about 20 years ago or so, and it was a game changer. Before the A100, a multitool was just a “better than nothing” device to me. But with the A100, I was able to securely hold on to small parts without effort. It practically gave me another hand. It was made in the U.S. from A440 steel, so the quality was outstanding. Sharp knife blade, partly serrated, and the slim, sleek pliers were ideal. After many years of extensive use, it had suffered a bit — scratched, the file got rusty, stained by all kinds of glue and paint but always fully functional and totally reliable.
Lost: I lost mine at some point during an outdoors filming job a couple years back, and dearly miss it. Kershaw discontinued their multitools line for some reason. Now it is very hard to find a used A100 in fine condition. But honestly I am considering the investment, even though the prices are somewhat outrageous.
Found: The best available replacement is probably the Leatherman Crunch. It does feature locking pliers, but the steel is a lower grade (only A420 instead of A440) plus I much prefer the Kershaw’s pliers shape over the Leatherman’s. The Kershaw’s knife blade can be opened with one hand and had a liner lock, while the Leatherman requires extensive fumbling to access the blade. I think I much prefer a used Kershaw A100 over a brand new Leatherman Crunch. 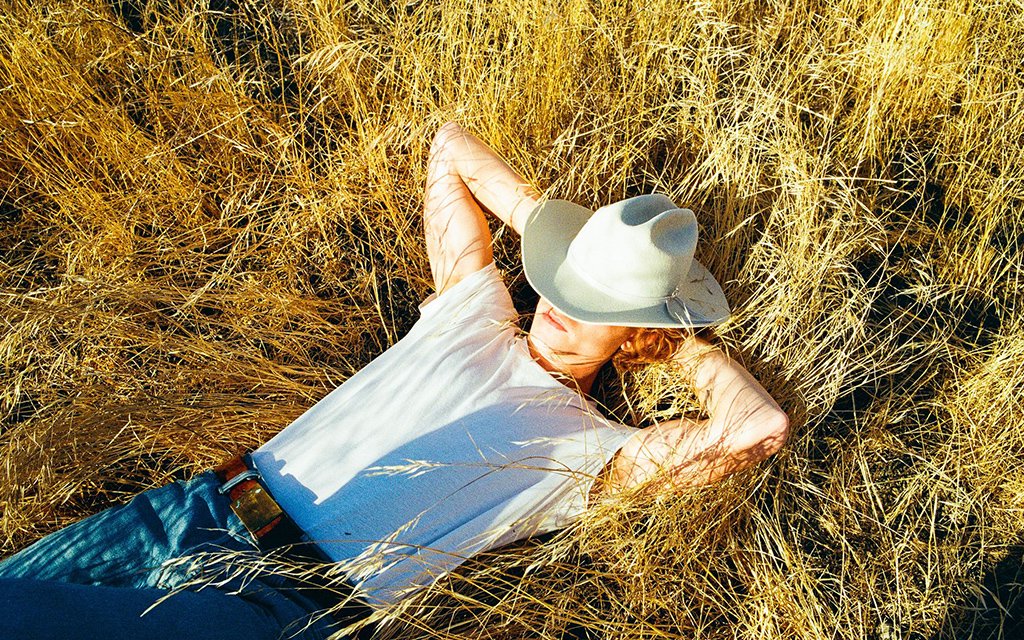 Mattson Smith & Elliott Shaw
Co-founders of Seager Grit Company
Loved: My favorite cowboy hat, a Silverbelly colored Stetson that I had bought at a flea market a few years prior. I’d never seen a Stetson like this one before. It was well rounded, perfectly weathered and delightfully modest. It sported a slightly smaller brim than most cowboy hats, so it kept the eyes out of the sun all day and was just as wearable out on the town at night. It couldn’t look bad on a head if it tried.
Lost: We were on a routine horseback trail ride in Southern Utah, and a gust of wind blew the hat off my head. It took it down the dusty red rock trail and off the staggering cliff behind me. It was gone. Loved and lost.
Found: Luckily, three years later Seager had the opportunity to collaborate with Stetson and we took the opportunity to search their archives for that exact hat that I had lost on that trail. We found it — “The Bull Session” — and we remade it. For the first time in 80 years, the Bull Session is back on people’s heads. 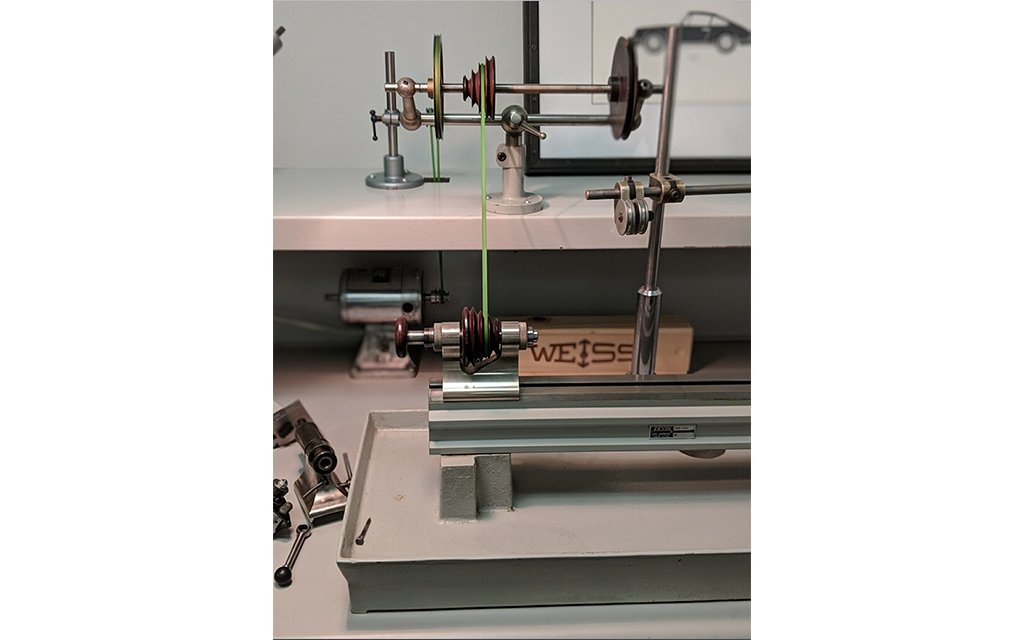 Cameron Weiss
Watchmaker, founder of Weiss Watch Company
Loved: A vintage manual lathe, a small Levin lathe, with all of the attachment accessories to create watch parts components.
Lost: Machines and attachments like these are no longer made today for watchmaking, and so I need to use vintage tools and restore vintage tools to get the work done. Thankfully, there is nothing that I need that I can’t find anymore; we just have to search for vintage tools that are no longer being made. It’s tough, but not impossible.
Found: Levin Watchmakers Lathe 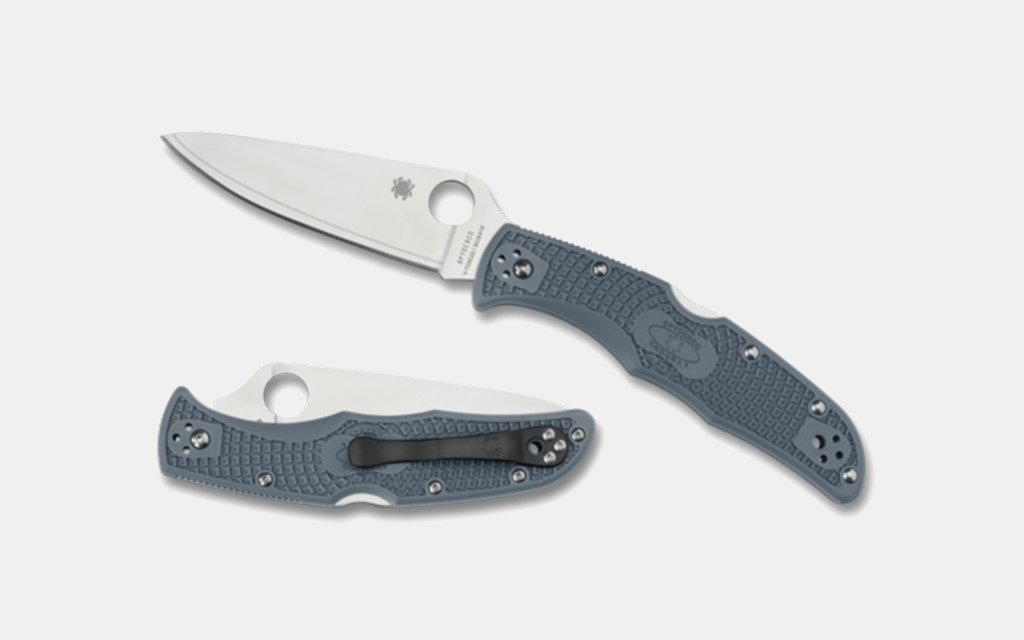 Sam Maizlech
Survival Expert at Gunivore.com
Loved: Spyderco is arguably the biggest name in the everyday carry knife industry thanks to their incredible collection of blades. The iconic manufacturer created the Caly 3 to handle any and all tactical uses, emphasizing reliability, comfort and control. In addition to its high-end laminated ZDP-189 steel blade, the Caly 3 also features a sweet buffed carbon-fiber handle.
Lost: I’ve been a huge fan of their Caly series, particularly the Caly 3, so I was pretty upset to see it discontinued.
Found: Nevertheless, the Spyderco Endura 4 V-TOKU2 Sprint is a pretty amazing replacement. The best-selling three-layer laminate blade is stronger than the Caly 3 thanks to iron ore composition enriched with tungsten, vanadium and chromium. Additionally, they threw on an impeccable stout back lock mechanism and fiberglass-reinforced-nylon handle.

Greg Boehm
Cocktail historian and founder of Cocktail Kingdom
Loved: A Cafe Brulot set. I had made a Cafe Brulot [a traditional post-prandial with roots in New Orleans] without the proper equipment and it was delicious.
Lost: The Cafe Brulot Set was one item I had heard Dale DeGroff (a bartender and author) talk about, and I had even seen photos of the ultra-rare bar item.
Found: Finally I found a full Cafe Brulot Set at an auction, although it was in bad shape. Cocktail Kingdom worked with Dale to bring this beautiful piece of barware back to life. 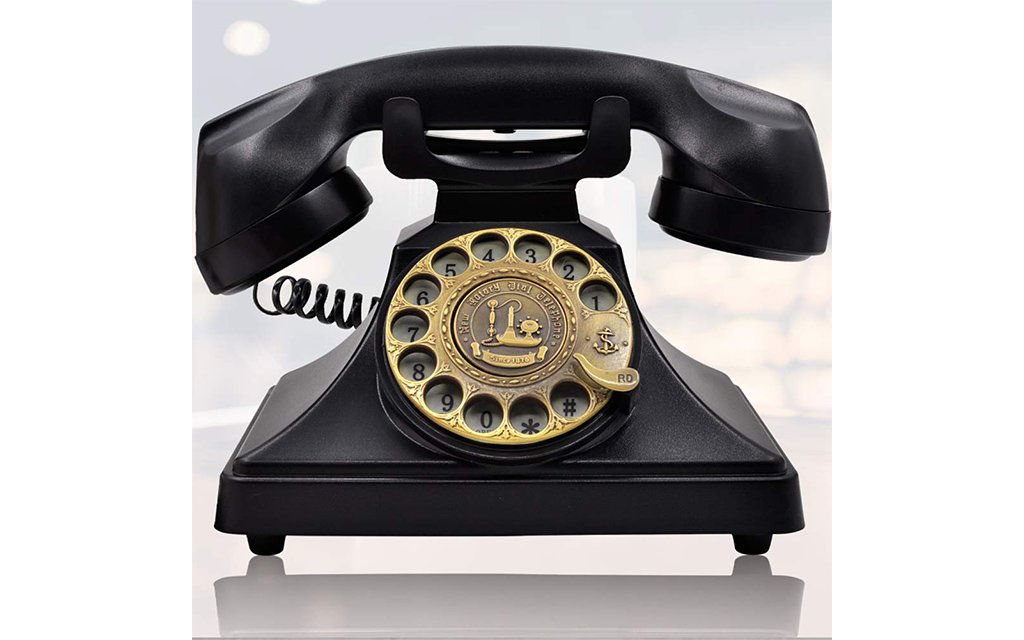 Annie Jomphe
Owner, designer at Sitka Concept
Loved: The old rotary telephone. When the only function was to call and receive calls, and we all had one conversation at a time.
Lost: Today’s exhausting equivalent includes a mail system, a phone book, a private assistant, a web browser, instant messaging, social media, banking and wallets, games, updates on weather, news and the stock exchange rate, an alarm clock, a medical index, a cardio monitor, a calendar, a camera, a camera roll and … a phone.
Found: IRISVO Rotary Dial Telephone 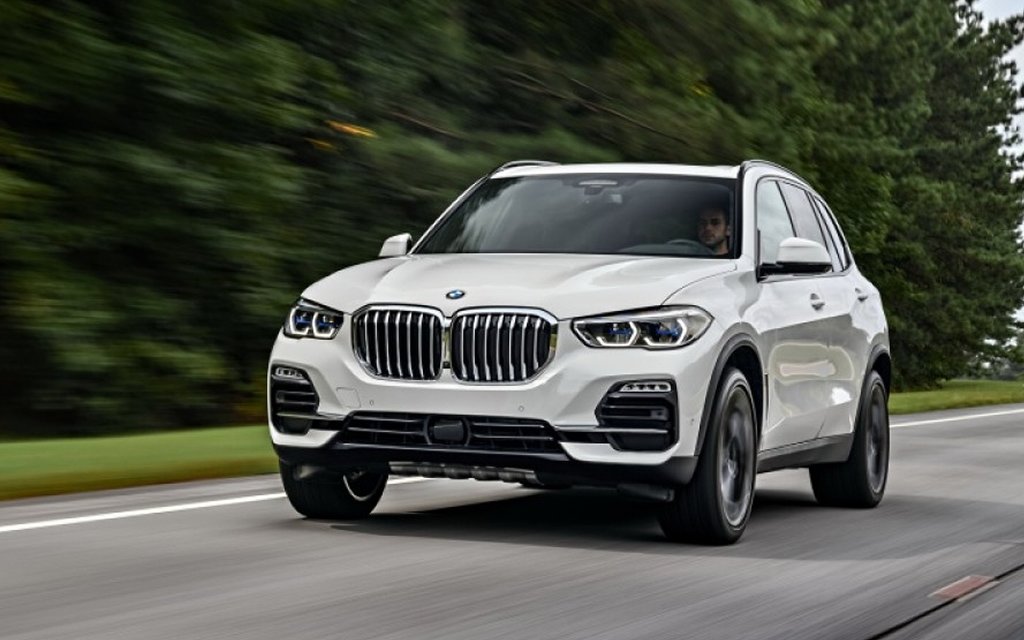 David Horesh
Co-founder at Oxford Pennant
Loved: At least once a week, I think about my second car, which was a 1988 Diesel Jetta.
Lost: I bought it in 2003 with my dad so I could learn to drive stick without ruining his new Accord’s transmission. The thing sounded like a school bus when it fired up, the heat didn’t work and first gear wouldn’t get the car above 5 MPH. Better yet, it made me smell like I dunked my clothes in gasoline. I loved that damned car.
Found: Now that I’m a dad, I’m convinced that the best diesel car on the road is the BMW X5. BMW is about to discontinue diesels in the US, so it’s the end of an era for me. The times, they are a-changing.