Or, how to process the death of a childhood hero while snowboarding at a New Jersey shopping mall

Jake Burton Carpenter, who passed away last month, was singularly obsessed with improving the sport he loved
By Danny Agnew @regalkillz

This piece was meant to be a very straightforward review of Burton’s latest iteration of their “Step On” strapless binding technology — which, incidentally, is awesome. As it happens, however, said review turned into something different.

Three weeks ago, days after the company had scheduled an all-day outing to test the new bindings at the Big SNOW indoor slope, the crown jewel of New Jersey’s massive American Dream Mall, Jake Burton Carpenter passed away suddenly at the age of 65 from cancer-related complications.

I’m not typically fazed to an overwhelming degree by the deaths of individuals in the public sphere. But this was a special case: Jake was a person who had brought so much unmitigated joy into my life that I actually cried. I got a text while walking down 34th Street, stopped, and cried.

How often does a figure come around whose ingenuity, passion and vision are so singular as to reshape an entire industry? Ray Kroc. Phil Knight. Steve Jobs. Jake Burton’s jersey deserves to be hung from those same rafters.

Burton snowboards began in a Vermont barn in 1977, with Jake himself hand-making boards that he believed could transform the backyard hobby of “snurfing” into an actual sport. He sold them door-to-door (in his words, “like Willy Loman”) sinking his entire life savings into the project. Forty years later, snowboarding is a multi-billion-dollar global phenomenon, and anyone involved with it will tell you that Jake Burton is the party most responsible for making that happen. If you haven’t had an opportunity to listen to Jake’s episode of the podcast “How I Built This,” I highly recommend it — it’s a masterclass on how to create a successful business by taking something you love and giving it to other people.

I was one of those people, stepping onto a snowboard for the first time in the early ‘90s when people would still ask “What do you call that thing?” I’ve been riding Burton product for the better part of 30 years, the entire time with the distinct impression that the people behind it were dutifully testing, plotting and pouring their efforts into figuring out how they could make it better.

I had the chance to meet Jake last year at an event celebrating the launch of his Mine 77 capsule collection, where my impression was confirmed. At 60+ years of age with a lifetime in the industry and his legacy long since cemented, it was clear the guy was still personally obsessed with elevating the quality of the snowboarding experience. He was like a kid at a science fair, excitedly pointing out little details in the products that would make riders’ lives better. And one of the things he was most proud of was Step On, a boot/binding technology he believed would usher in a new era of accessibility and convenience to the sport.

It almost seems silly and/or reductive to talk about boots and bindings here, but honestly I feel like given the circumstances, it’s a pretty damn good way to honor the memory of a guy who has given me so much. Because, in short, the enthusiasm he expressed to me for the Step On system could not have been more warranted. It is a game-changer, in only the way that a person who has continually changed and reshaped the game itself could deliver.

I’ve ridden strap bindings for my entire life and am, by and large, an “if it ain’t broke, don’t fix it” kinda guy. I am wary of change, particularly when that change involves removing the part of the binding that has traditionally held my feet to the board. I’m also, however, not particularly keen on sitting down at the top of every lift to strap in my back foot while my brother and his skier cronies regale me with taunts of “slowboarder.” The concept of a strapless binding into which I could seamlessly step without even bending over was something I was very much into, but would I be sacrificing performance for convenience?

As soon as I clicked in for the first time, my anxiety immediately ratcheted down several notches. Step On features three contact points: one in the back and two in the front, thus begetting the axiom “heel, toe, go” from the Burton team. Once you’re in, it feels remarkably secure. I thought I would miss the feeling of something “holding my foot down” for lack of a better description, but the moment I looked away from my feet and started my descent, I completely forgot about it — the overall feel is 100% on par with traditional bindings, which I guess is pretty much the point.

As for on-hill performance, Burton’s team has been developing and refining Step On since 2012, and it shows. Heel/toe response was on point, and as I put my setup through the paces, I didn’t feel anything missing in the edge-control department. Carving, slashing, buttering the occasional muffin — I really gave it the maximum I could given the constraints of an indoor ski slope in a New Jersey mall, and the Step Ons performed with aplomb. Again and again I found myself saying “this just feels so … normal.” For a person who’s been doing this as long as I have, that’s arguably the highest compliment I could give.

But beyond the quality of the bindings, I like to think that my “testing session” became what I think Jake would have wanted: just a bunch of new friends having fun snowboarding together. The hooting and hollering, the animated conversations on the lift about the mountains in Vermont/Utah/Japan we were excited to visit, the massive smiles on everyone’s faces at the end of each run — this is the “stoke” that snowboarding provides, and I feel confident in saying that every single person there felt it.

Because, at the end of the day, while snowboarding might technically be described as an individual sport, it simply isn’t. It is collective and tribal, a unifying communal experience that creates shared memories you’ll carry for the rest of your life.

And Jake understood that. He understood the inclusive and creative joy of snowboarding, and dedicated his life to spreading that joy to as many people as possible. And at its core, Step On is a reflection of that larger mission — a conduit through which the uninitiated can more easily enter the snowboarding world, and those of us who’ve been at it awhile can get our turns in quicker, easier and more often. I love that.

Bless you, Jake, and thank you for everything that snowboarding has given me and millions of others. We are all in your debt, and I hope that wherever you are, it’s dumping. 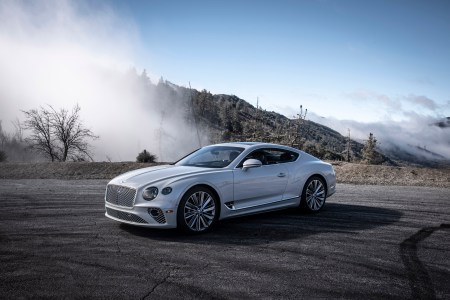 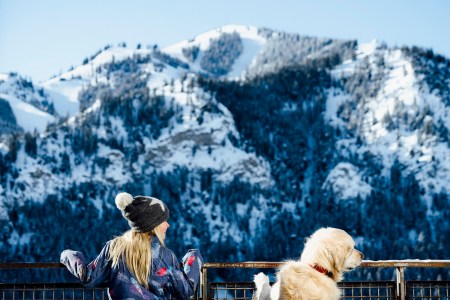