Upstate Vodka is an award-winning bottle crafted from apples that are sourced from local NY state farms.

Charlotteville, NY isn’t even really a town — it’s actually listed as a “hamlet.” And you’d need to drive up to an hour to hit anywhere with a real population, like Hunter or Cooperstown.  But it is a beautiful area, particularly in the fall. And it’s also home to Sauvage, a distillery just off the hamlet’s single main road. It’s here, near a marker for a 19th-century seminary, where you’ll find one of the country’s finest craft spirits and an excellent example of spirits provenance: Upstate Vodka.

The distillery claims that every bottle of Upstate contains 70-80 apples from local New York state farms (of many different varieties), which are all then macerated, distilled and bottled at Sauvage. The end result, which has been piling up multiple Double Gold and best-of awards in recent years, is both very traditional and quite unique for vodka. It’s not “flavored” but the apple base provides a nice hint of fruit on the back end of the palate and a wonderful mouthfeel. It’s the rare vodka I’d drink neat, but it’s best suited for cocktails, particularly those geared toward an autumnal theme.

It’s here at Sauvage, on an early October weekday, where I met Ken Wortz, the Master Distiller. Wortz isn’t the most likely candidate for the job; at one point he was the COO of British Telecom, working and living in NYC. But shortly after 9/11, Wortz and his family moved to this hidden farm area a few hours north of the city.

“I spent a lot of time on the family farm as a kid, where I learned things like driving a tractor,” he says. “And at the time, my kids were at the age where I thought, maybe instead of screen time, we could have country time.” [Interesting side note: Today, Wortz’s son Kyle is the Distilling Supervisor at Utah’s acclaimed High West distillery.]

After the move, it didn’t take long for Wortz to get a little antsy. (“I bought the farm to just enjoy with my family, but with my personality, it suddenly became, what am I going to plant?”) Wortz decided on growing apples, a skill and trade that he can trace through his family history. And due to his frequent business travels at his old job, he had developed a strong appreciation for Calvados, a brandy from Normandy, France made with apples.

So Wortz grew apples, made apple brandy and even took classes at Cornell to learn more about distillation. Eventually, his Kymar Farm Distillery began producing not only brandy but vodka and whiskey…until 2018, when Wortz (now a mentor in the industry) was asked to oversee operations at Sauvage.

And that’s when the work on Upstate Vodka began. For many in the drinks industry, vodka isn’t that interesting (we politely suggest those critics are wrong), an assertation that Wortz initially shared. 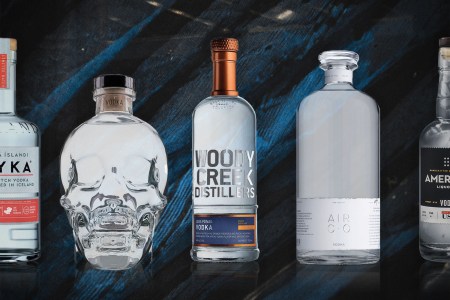 “As a brandy and whiskey distiller transitioning to vodka, even I had misperceptions,” he admits. “I was like, vodka, it’s relatively neutral, how hard is that? I couldn’t have been more wrong. The aging process with brandies and whiskies can hide little imperfections that only an expert can taste. There’s nothing to hide behind with vodka. And with apples, the whole process is seasonal. Plus, the fermentation process itself is three times longer than making whiskey from a grain. Making this keeps me intellectually engaged.”

It’s not an easy process. The distillery tour (not open to the public) at Sauvage took about two hours, where Wortz walked us through each detailed process. Impressively, his workforce is comprised entirely of locals. “Here, you can’t easily put an advertisement out for local skilled people,” he says. “So we bring ‘em in and train them. The goal with everyone we bring is that they can eventually do everything — run the stills, do the proofing, work the bottling machines.”

And he gets some unofficial help when emergencies arise. Notes Wortz: “It’s a smaller community. I think there are less than 150 full-time residents, but it’s one of those communities where if I pick up the phone and make one call, I can have an army of local people pitch in.”

Upstate is pretty easy to find on New York’s shelves — which is good because for the moment you won’t want to make a trip up to the distillery’s Schoharie County home, as the tasting room is closed. “It’ll probably reopen in the future,” says Wortz. “Covid made that a business untenable, but it allowed us to concentrate on expanding beyond local footprint to where we are now.”

You can buy a bottle of Upstate Vodka here. And for recipes using Upstate, check out this compendium (we recommend the Story House Spritz). 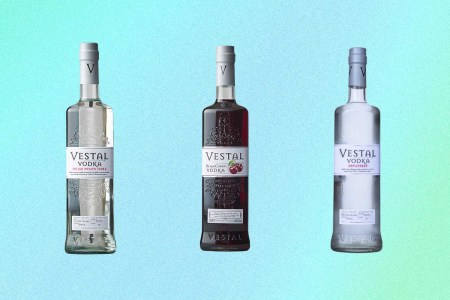 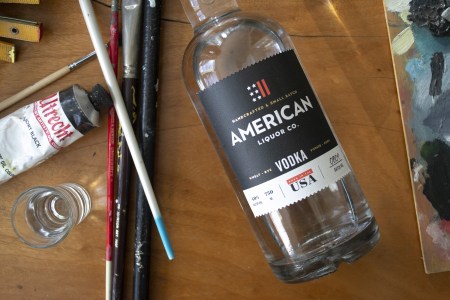 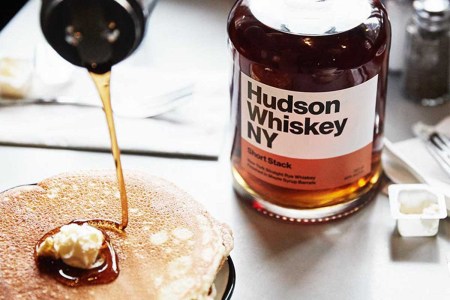