Behind the Scenes of the New York World Wine & Spirits Competition

See how the the Tasting Alliance-backed competition bestows its coveted alcohol awards.

The room where the New York World Wine & Spirits Competition is held on the Upper East Side of Manhattan smells, unsurprisingly, like Charles Bukowski after midnight.

The odor of hard liquor mixed with wine hangs in the air like a cloud yet nearly everyone in the room seems sober as a judge … because they actually are sober judges.

On a recent afternoon, RealClearLife went behind the curtain at the New York World Wine & Spirits Competition to see what goes into handing out the coveted Gold, Double Gold, and Premium awards the Tasting Alliance-backed competition bestows on deserving distillers and winemakers. 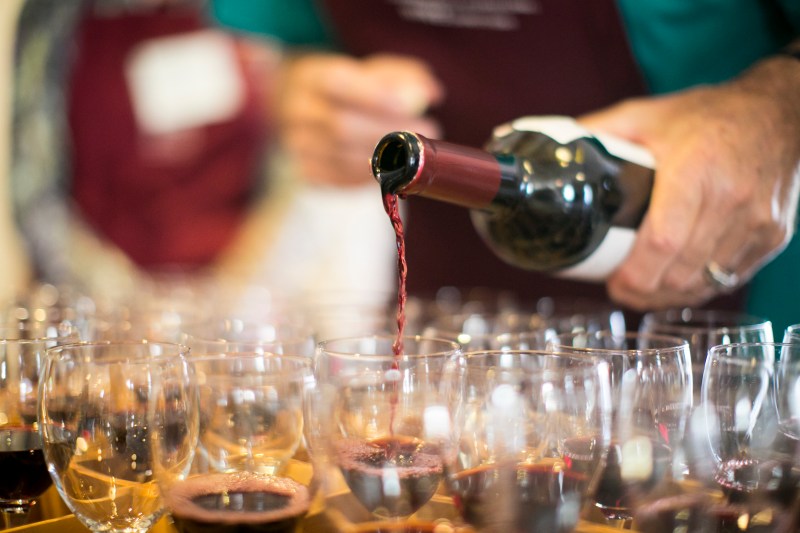 On day one of the competition, three panels of three judges apiece taste and evaluate about 130 spirits, while another set of nine judges do the same with about 175 wines. The tasting is done via 10-12 blind flights featuring 9-11 offerings and each individual one is judged on its own merit and given one, two or no gold medals.

Each wine or spirit in flight is labeled with a letter and, while judges are given some info such as year and blend description for wine and alcohol by volume and cask finish for spirits, they are largely kept in the dark about what they are tasting. 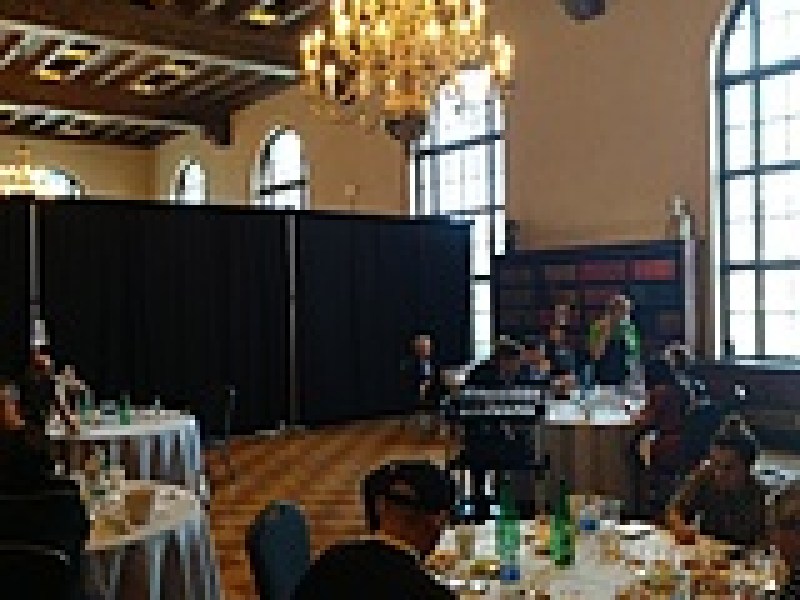 Judges get to work at the New York World Wine & Spirits Competition. (RCL)

And tasting is a key word as very little, if any, of the alcohol that is sampled by the judges is swallowed. Instead, it is spat out into large cups that are then dumped into a larger spittoon which is eventually emptied. It’s not an appealing process and, as one judge put it, the spitoons can look like Jackson Pollock paintings, especially when creamy liqueurs are involved.

To clean their palate in between tastings and flights, judges – Tasting Alliance members, journalists, buyers, and others – can nibble on bread, celery, roast beef or cheese and sip on sparkling or tap water.

In order to further ensure they are getting the cleanest tasting experience possible, judges only sip from NEAT glasses, which stands for Naturally Engineered Aroma Technology. Shaped like a pot, the glass is designed to funnel aromas to the nose while its flared rim dissipates the sting of alcohol.

Following each flight, tasting notes are submitted via written form and the judges then work to reach a consensus on if a spirit or wine deserves, one, two, or no gold medals. For the offerings that receive two, they move on to day 2 of the event to compete for titles like Best in Class and Best in Show. 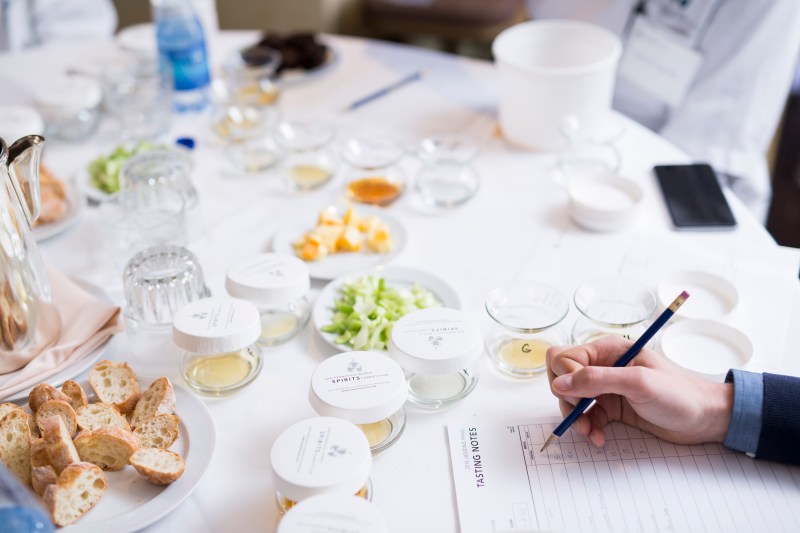 By doing it in this manner, each entrant that receives an award or a double gold knows that it given using the input and notes of nine judges, not just one.

Unfortunately, the results of this year’s contest won’t be available until September 7.

Oh, and in case you were wondering, all of the alcohol that doesn’t get taste – and there’s a lot of it – doesn’t end up in your local watering hole. Somewhere Bukowski is crying, but it all actually gets disposed of, not consumed. 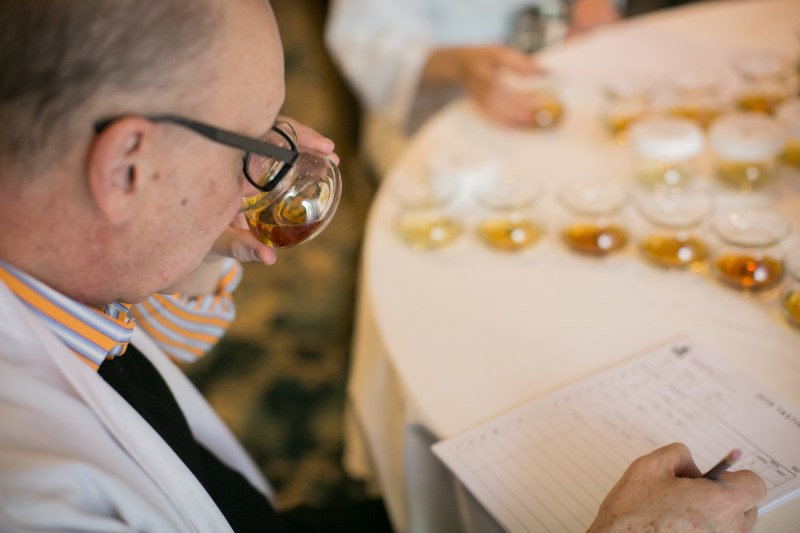 “The New York World Wine & Spirits Competition is a special event for our team. Our competitions in San Francisco have been internationally recognized for their impartiality and influence, and we are excited to bring NYWSC up to the same standards,” Tasting Alliance founder Anthony Dias Blue told RCL. “The quality of both this year’s entrants and judges was outstanding, and you will see that reflected in the winners. NYWSC is special because our judges are all based in New York and have a uniquely East Coast palate – meaning their tastes tend to be more European. Not only do they gravitate towards darker spirits but also towards more obscure categories like aquavit and baijiu.”