Chapter One: Nnamdi Ehirim's "Prince of Monkeys" is a love letter to Africa.

"Prince of Monkeys" takes a hard look at what politics can do to friendships. (Getty Images)
Getty Images/EyeEm
By Ariel Scotti @ArielScotti

Chapter One is RealClearLife’s conversation with debut authors about their new books, the people, places, and moments that inspire them, and the work that makes their literary hearts sing.

The chaos and violence unleashed by the military coup in Nigeria during the 1980s and early 1990s serves as the backdrop for Prince of Monkeys, Nnamdi Ehirim’s debut, coming-of-age novel about a boy named Ihechi. In Lagos, as in every other place across the globe, Ihechi and his friends have differing opinions about a variety of topics—girls, sports, music but eventually, and perhaps most definitively, they find their opposing political views lead to very different paths in life. But it’s not until Ihechi garners favor with the local elite does his strong-willed opinion take him down a slippery slope where redemption feels further away with each step he takes. War and politics in Ehirim’s novel—and everywhere—can change everything. 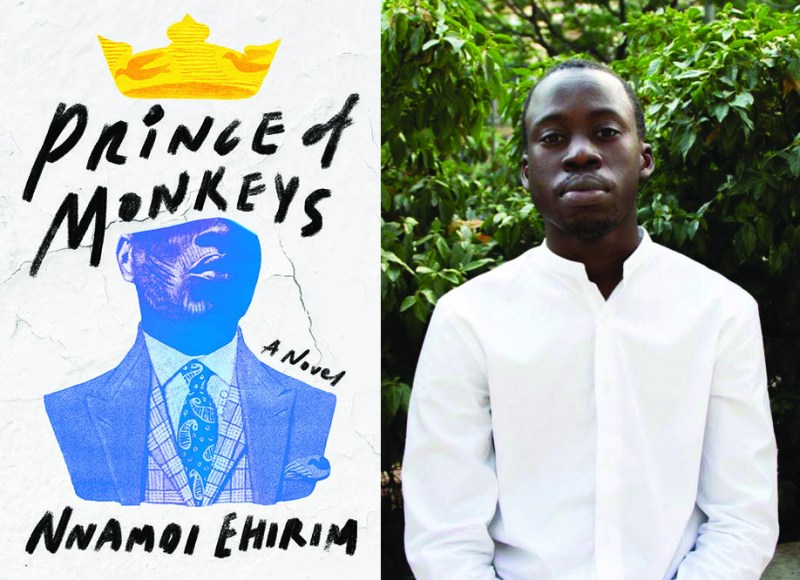 RealClearLife: Can you speak to the challenges young people like your characters faced in the early 1990s in Nigeria, as a native yourself—battling being a kid in a relatively tumultuous time for the country, politically?

Nnamdi Ehirim: I, myself, was born in the early 90s and even though there was a lot of political tumult, I was pretty much oblivious to these things in those very early years of my life. I still went to school and came home to play football everyday like the children in the story. I saw my cousins on the weekends and still went to church on Sundays. Yes, there was a lot of vocal activism and violent protests, but as a school child I wasn’t bothered about newspaper and television headlines or political rallies and definitely nobody was going to be having those conversations with me or handing me placards even if I was. So when writing the story, I had to go back to read a lot about the facts and opinions of the time and, of course, a few parts of it were simply imagined out of thin air. I can only hope young people who lived through the time read my version of events and are as satisfied with it as I am.

RCL: Nigeria held it’s first Parliamentary elections in 1992 after almost 10 years of instability following a military coup in 1983—can you talk about your decision to work this into your novel through your four main characters and their unique personalities?

NE: I don’t know if it’s the usual procedure, but I had my characters in my head even before I had a period. I believe it’s because I had certain themes I wanted to write on and I built characters around that. I feel the same characters with a similar plot could work 20 years into the past or future from the period I eventually decided on. But at some point I decided I wanted the story to be very political and so it was necessary to have it hinged on significant political events in Nigerian history. I was also sure I didn’t want it to be hinged on the present because I didn’t want the story to be seen simply as a critique or analysis of the current political landscape, I wanted it to be more layered and was keen on it to be seen as more layered. There was also the additional appeal of filling the gap, in terms of fiction there wasn’t any book speaking on that era that I felt snatched my soul which is largely because that was probably the most politically censored era in Nigerian history.

RCL: When Ihechi decides to work for the general of the Nigerian army, it felt like he was making such a huge decision that went against who he was supposed to become—why have him choose this route?

NE: When people lose themselves, it’s often not out of a deliberate decision from the beginning to get lost. Losing yourself usually begins with what appears to be a single and small compromise. His decision to work for the major general resulted from him buckling under pressure from his cousin to take on a gig that could see him make seemingly easy cash that he could use to return to Lagos. And every single step he takes further down the slippery slope seems to be a single and small compromise. Redemption, on the other hand, is often very deliberate. It’s also more sudden, so it’s often a steeper climb. I felt it was necessary to be honest to human nature while telling his narrative of ambition.

RCL: Your book feels like it can speak to people who might have friends or relatives on different sides of political divides in America and elsewhere—did you consider that at all when writing about how people can grow apart based on what they believe in?

NE: Yes, it can speak to both sides of the divide. People growing apart based on what they believe in is a very human and universal issue. We can see similar events panning out in Europe as well with the Brexit back-and-forths. The ideas behind it were largely influenced by real-life issues in Nigeria. For a period while I was writing the book, we were on the eve of a very divisive election which stirred a lot of ethnic tensions vaguely similar to what happened in America. Both my parents who have been married for over 30 years were on either side of the divide. I was standing on opposite sides of the divide from some friends who I had known for ages and who were closest to me. And even though everyone always believes their idea is best, we still have to navigate these relationships and these tensions. The similarities in the truths of the story to what’s going on in America only goes to show that, as humans, we are much more similar than we ordinarily admit or imagine.

RCL: This is your debut novel but have you always wanted to be a writer? If so, what led you to your first novel?

NE: Not always, but for a long time. In fact, I already considered myself a writer prior to the novel when I used to write just short stories and non-fiction essays. I always figured I was going to write a book, but I finally decided to begin it as early as I did during my final year in undergrad. I was doing my dissertation on deep foundations listening to my playlist at the time, and I realized every artist on the playlist was about my age; Isaiah Rashad, Chance the Rapper, SZA. This was 2014 and neither of them were exactly superstars yet, but they were all young folks creating the art they wanted to create and finding an audience halfway across the world. So I figured I could do the same. What is now the prologue of the novel was a short story I had submitted for the Commonwealth Short Story Prize. I had also submitted it to Granta and The New Yorker, all to no avail. It was much too lengthy to get published in [the African online literary digest] Brittle Paper or [the Nigerian literary magazine] Saraba and I was 100 percent sure I didn’t want it trimmed. So I built on it and made it into a novel and then my editor eventually still had it trimmed.