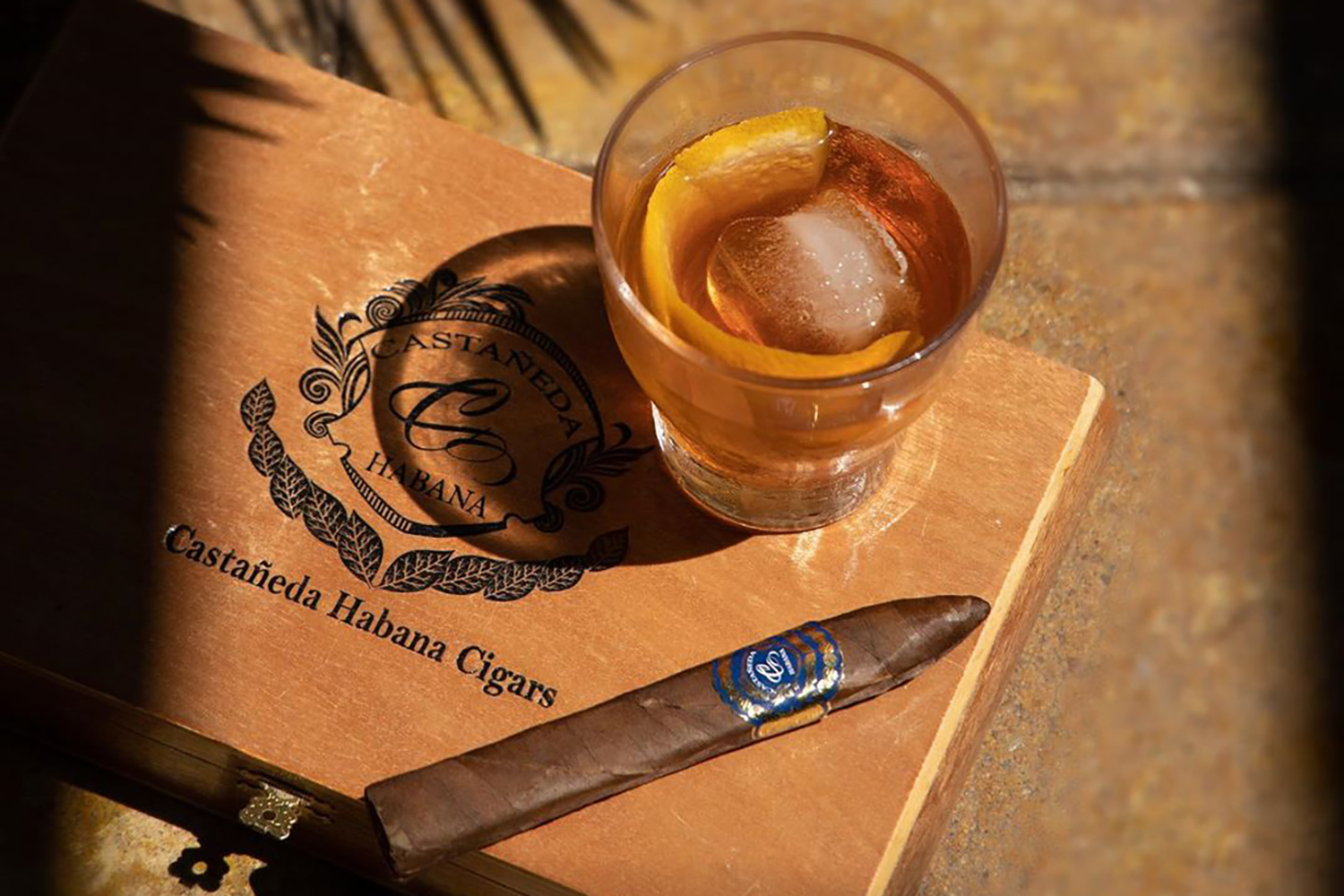 How to smoke a cigar the right way
Jennifer Chase
By Austa Somvichian-Clausen / September 6, 2019 8:43 am

This is Act Like You’ve Been There Before, a series in which we detail the mores of a particular event or institution — from the dress code to the terminology to the common misconceptions — to help you feel at home on your first visit. Think of it as a guide to feeling like a regular (without putting in the years of commitment).

There’s a simple pleasure to be found in an evening spent with a good cigar and better company. The problem is that cigar lounges can end up feeling stuffy, seedy or overly formal — no bueno. Washingtonians looking for a more relaxed, upbeat place to light one up will be pleased to learn that such a place now exists.

Casta’s Rum Bar is a new Cuban-inspired joint in West End, with a distinctly Latin flare that will have you feeling like you’ve been transported directly to Havana. The owner, Arian Castañeda, is the fourth-generation owner of his family’s Cuban cigar company, a variety of which they sell at Casta’s.

Born and raised in Cuba, Castañeda came to the United States in 2011 and tried to find Cuban spots to remind him of his hometown of Havana, but wasn’t able to find the authenticity that he was looking for. “That’s the reason why I decided to open Casta’s, which is actually the nickname of my last name [Castañeda] and is what they used to call my father,” Castañeda tells InsideHook. “I tried to bring a very authentic piece of Cuba here to DC, so people who have never been can have the real experience and better understand our culture: the energy, the service, and how happy we are despite the difficult times we’ve been having over there.”

His family laid claim to the largest cigar factory in Cuba before the revolution, and his great grandmother’s father, Vicente Martinez-Ybor, supplied tobacco to Tampa, Florida. Ybor City, a historic neighborhood there that was once known as the cigar capital of the world, was founded by and named after Martinez-Ybor in the late 1800s.

As the fourth-generation owner, Castañeda tells us that he feels that it is his mission to keep that tradition going. So we asked him, in the spirit of tradition, for his version of Cigar 101: from how to spot quality to tips for having the best smoking experience.

Crack open that humidor, class is now in session.

Cuban cigars are now legal for U.S. citizens to smoke or gift, but it’s still illegal to buy or sell them while in this country. Castañeda’s tobacco is grown in Cuba on the same land his family has been using for generations, deeming them “Cuban” in cigar terms. Their legality comes from the fact that they’re then manufactured in neighboring Nicaragua, by Cubans, and then sent to the United States to be sold.

Just as wines from regions like France or California are deemed by many as superior due to grapes grown in an ideal climate with top-notch soil quality, a cigar is only as good as it’s tobacco. The crop has been grown in Cuba for centuries, so farmers have not only a wealth of knowledge to draw from, but also the ideal natural elements that make Cuban cigars so coveted.

Related: Act Like You’ve Been There Before: The Ultimate Broadway Etiquette Guide

How to check for quality

“Even before you smoke your cigar, make sure to look out for a nice aroma and texture,” says Castañeda. “The wrapping around the cigar should be tight and smooth. You don’t want a cigar that’s dry or too hard.” A properly aged cigar will have have mellowed out the cigar’s taste, making it rounder and softer. Age it incorrectly and you’ll have a cigar that burns hot, fast and unevenly. “I like to age our tobacco for a minimum of five years, when most of the industry only ages theirs for around two. It gives you a quality flavor and increased complexity, and becomes a higher quality product,” says Castañeda.

“Look at the ash: it should be burning evenly all the way around, and have a tip of consistent white ash,” says Castañeda. To check for yourself if a cigar is too dry, you’ll want to roll it between your fingers. If the cigar is too dry, you may hear cracking inside. Alternatively, a damp cigar will feel soft and spongy, and can create an overwhelming amount of smoke that clings to your clothing. Over time, you’ll be able to feel for that sweet spot in between.

On pairing cigars with rum

You may have experienced pairing your cigars with cognac or bourbon, but rum is an underrated choice that shouldn’t be overlooked. Their ingredients come from similar regions in the world and thus make for a harmonic combo, each drawing out the complexity of flavor in the other.

Castañeda suggests forgoing clear varieties for the richness of an aged rum, and stocks a growing collection of just under 50 different expressions at Casta’s. His favorites include Zacapa Rum from Guatemala and Barceló from the Dominican Republic.

He also cautions against smoking pre-flavored cigars, which often hide lower-quality tobacco. Instead, he suggests dipping the tip of your cigar into the spirit of your choice while smoking and then enjoying it immediately (though ever the purist, he doesn’t do so himself).

How to create the ideal cigar-smoking experience

“Always try to smoke your cigar outdoors,” says Castañeda. “I personally like to enjoy the flavor of my own cigar, not everybody else’s. Even in the winter, I’ll smoke outside and just keep heaters around since smoking in an enclosed space will interfere with the flavor of your own cigar.”

Snip the very end of your cigar off with a clipper (or a knife, if you don’t have a clipper handy) and grab a torch lighter. Prime the cigar before putting it in your mouth by lighting the tip, then — keeping the cigar above the flame — spin it slowly to ensure an even burn. You can go ahead and start puffing on it now, making sure not to inhale the smoke, which will make you cough, and thus look like an asshole.

When you’re finished with your cigar, make sure not to push the tip down to put the cigar out like it’s a cigarette: simply place it on the edge of your table or ash tray and allow it to go out on its own. As Castañeda tells us, smudging it out will ruin the entire cigar; doing it this way means you can enjoy it over a few sessions.

Check out Casta’s on a Friday evening, when they have a cigar roller creating freshly handmade cigars from scratch, using authentic Cuban tobacco. The end price depends on the size of the cigar, but each one will only set you back around $17-20.