The Ultimate Broadway Etiquette Guide for the Once-a-Year Theatergoer

Whether you're seeing "Hamilton" or "The Lion King," this is your guide to Broadway etiquette.
Alex Lauer
By Alex Lauer @alexlauer

This is Act Like You’ve Been There Before, a series in which we detail the mores of a particular event or institution — from the dress code to the terminology to the common misconceptions — to help you feel at home on your first visit. Think of it as a guide to feeling like a regular (without putting in the years of commitment).

If you’re a once-a-year theatergoer, Broadway can seem like a relic from a bygone era.

That said, a visit to the theater these days will prompt a slew of questions before the curtain even rises: Are we allowed to wear sweatpants now? Why is everyone drinking out of baby cups? Why are we giving a standing ovation when we just sat through a 2,000-pound train wreck?

To help answer those conundrums and many more before you spend hundreds of dollars on tickets, we’ve compiled a quick guide below.

Included: What you should absolutely, under no circumstances do, according to Broadway’s best performers, from Nathan Lane to Megan Hilty. If you want a good show, best listen to them.

How to Pick a Show

If you’re only seeing a Broadway show once or twice a year, the biggest problem is choosing what to see. If you have something in mind, even if it’s Lin-Manuel Miranda’s Hamilton or Aaron Sorkin’s adaptation of Harper Lee’s To Kill a Mockingbird, if you plan in advance and are willing to pay full price, you’ll get tickets. No sweat. If you have absolutely no idea what to see (Musical or play? Original or revival?), the way to suss out the good from the atrocious has become murkier than ever. However, these are the three solid avenues available to you:

There are two camps when it comes to dressing for Broadway: those who say you should wear whatever you want (ticket prices are already high, so why add another barrier to entry?) and those who say you should dress at a certain level of formality (jacket for men, dress for women). Both are right … and wrong.  Yes, the acceptable attire has widened, with blue jeans and T-shirts being more the norm than an exception, and while we’re not interested in shaming anyone for their choice of dress, it’s best to lead by example. If you’re taking the time to read this, then yes, you’re a responsible enough gent to don a jacket, even if it’s just an unstructured blazer or sleek bomber over a button-up. The argument that we shouldn’t add another barrier to entry is almost negated by the fact that, in dressing up, people are actually getting more for their money because the experience will feel more extravagant. Case in point: on a recent night seeing The Phantom of the Opera for the [redacted] time, I sat near two couples — one pair dressed to the nines and one that wouldn’t look out of place at a meat raffle. Guess who had a better time and asked me to take their picture after?

The common consensus is that theatergoing has become a more relaxed occasion, but when it comes to arrival time, it’s actually become much more strict — and that’s for the better. Before Oklahoma! revolutionized the artform of musical theater in 1943, the standard practice was to open a show with a nonconsequential song that could play while latecomers took their seats. Now, think of it like an interview: If you’re on time, you’re late. We’re not trying to add undue stress to your evening of leisure; this tip will actually save you from it. If you arrive at least 15 minutes early, you’ll be able to get through the doors with plenty of time (even if the line stretches down the block) to peruse the unique architecture of whichever of the 41 Broadway theaters you happen to be inside. If you want to use the facilities and you’re a woman, plan to arrive a little earlier (this sounds like a no-brainer, but while the chandeliers in the theater may be grand, the bathrooms are generally less so, and much of the time the audience skews female). And if you want to have a drink before …

To Drink or Not to Drink?

The standard vessel for alcoholic beverages at the theater is a sippy cup. This is to keep people from spilling drinks on the seats, and some theater guides recommend bringing them back to the bar during intermission to get drink discounts. Others even recommend bringing them home, washing them and bringing them back next time. Please, do not do that. In fact, we’re all adults here, so don’t get a sippy cup in the first place. If you want a cocktail, have one at a bar before. We understand the need for theaters to have that extra revenue stream, but we can’t endorse drinking a Manhattan out of a container designed for a baby. That said, some theaters are pushing back against the infantilization of the Broadway experience. For example, the Hudson Theatre on 44th Street (currently housing a production of Burn This starring Adam Driver and Keri Russell, next the two-monologue show Sea Wall/A Life starring Jake Gyllenhaal and Tom Sturridge) houses one of the best bars in the city: the Tiffany Lobby on the ground floor, featuring real Tiffany glass ceiling domes from 1903 and real glassware. You could bring them to your seat, but we recommend arriving early enough to finish it at the bar (there, or in the Dress Circle Lobby or the exclusive Ambassador Lounge).

Long story short, take it from Nathan Lane in the Hollywood Reporter: “As far as I’m concerned, there is no food or drink that is OK during a show. If you cannot live without food or drink or your cell phone for two to three hours, then you should stay at home and watch The Bachelorette or seek psychiatric care.”

When to Use Your Phone

Go ahead and take a selfie, snap a photo of your Playbill and use the show’s Snapchat filter, but for the love of Sondheim turn your phone off when they tell you to. During every single Broadway performance, when the lights dim at the beginning, an actor will announce over the speakers that everyone should turn off their phones and electronic devices. Yes, that includes your Apple Watch and other wearables — notifications on the wrist are worth two in the pocket. If you have a really important reason to not turn off your phone, then you probably shouldn’t be out seeing a razzle dazzle musical romp. If you’re a doctor or someone else involved in emergency situations where you need to be reachable at all times, then you are smart enough to put it on silent and flip it over in your pocket so it doesn’t light up.

You put your hands together and make noise, how hard can it be? Very, apparently. If you don’t know when a song is going to end, wait to clap until other people clap, otherwise you’ll risk clapping in the middle of a quiet interlude which will a) put you on the receiving end of a hundred quick, scornful glances and b) ruin the moment. At the end of a performance, most Broadway audiences these days are quick to offer standing ovations. But you should never, ever feel compelled to stand. Yes, every Broadway cast deserves applause for their efforts on the stage, but the knee-jerk reaction to stand is more about the audience wanting to convince themselves their money was well spent than an honest appraisal of the artistic merit of the performance. If you sit through a two-act musical and thought the show itself or the performances were lackluster, but the audience leaps to its feet (i.e., if you see King Kong), go ahead and stay seated. You can tell them I gave you permission.

Quick Tips No One Tells You

The end of a Broadway show has oft been compared to the end of sporting events — once the action is over, it’s a mad dash to the exit. But if you leave right away, you’ll miss one of the best parts of the whole experience: the exit music. When the cast exits to the wings after their bow, don’t pack up and leave your seat just yet. Stand up, let the others in your row pass by, then sit back down or stand in your seat. Chances are the orchestra will be playing exit music for a while longer. You might not be able to see the musicians in the pit, but they’re just as valuable as the actors; and for the more emotionally monumental pieces like Andrew Lloyd Webber’s The Phantom of the Opera or Stephen Schwartz’s Wicked, these final pieces of music can be as touching as anything you’ve heard when the curtain was up.

Plus, can you think of a better end cap to a date or night out? Now that the entire row has cleared out, it can feel like the orchestra is playing just for you. 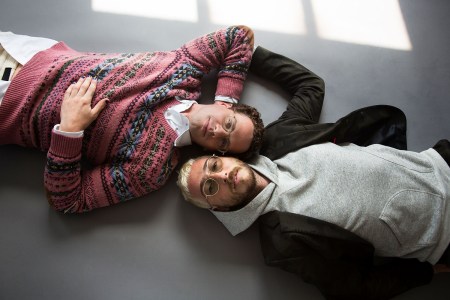 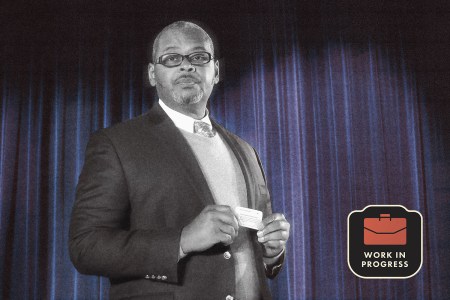 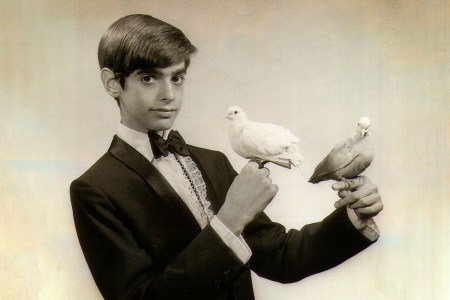