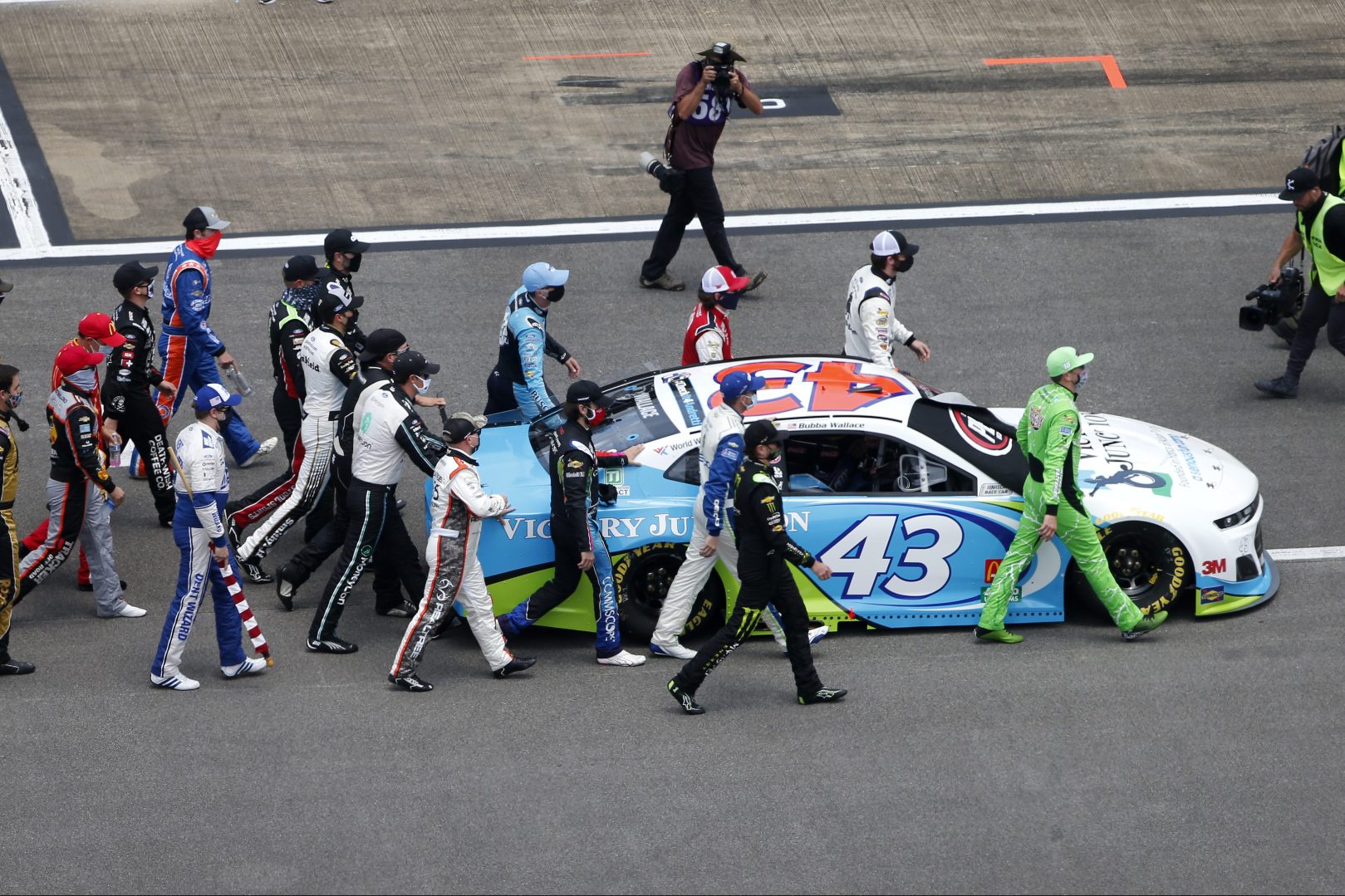 As a sign of support for their peer Bubba Wallace, NASCAR drivers pushed his car to the front of the field at Talladega Superspeedway a day after a noose was found in his garage at the Alabama racetrack.

During the display of solidarity prior to Monday’s Geico 500 at Talladega, all of the 39 other NASCAR drivers participating in the rescheduled race were joined by their crews in a march down pit road as they pushed Wallace’s No. 43 to the front of the line as he steered.

We rally around @BubbaWallace. Fellow drivers push his No. 43 car to the front in Talladega.#IStandWithBubba pic.twitter.com/n0YwN1qq5l

"Let's go shut these haters up. Let's go to work." @BubbaWallace and his team shared a touching pep talk before taking the green flag.

Once the procession reached the front of the grid, 26-year-old Wallace, the only Black driver on the stock car series circuit, climbed out of his car and cried as he was surrounded by his fellow drivers.

Wallace shared an image of himself at the front of the procession after it was done with a single word: Together.

Richard Petty, the 82-year-old Hall of Fame driver who Wallace races for, was also on the scene and at a race for the first time during the pandemic in order to show his support.

In a statement on Twitter, an “enraged” Petty called for the “sick person” who left the noose in Wallace’s stall to be banned from NASCAR forever, a move the series has promised will happen once they catch the guilty party.

“There’s absolutely no place in our sport or society for racism,” Petty wrote. “This filthy act serves as a reminder of how far we still have to go to eradicate racial prejudice and it galvanizes my resolve to use the resources of Richard Petty Motorsports to create change.”

To help ensure the perpetrator of the racist act, which was likely a response to Wallace successfully campaigning to get NASCAR to ban the Confederate flag, is caught, federal authorities are going to assist in the investigation.

U.S. Attorney Jay Town said his office, the FBI and the Justice Department’s Civil Rights Division are all involved with finding the guilty party and will work to determine whether there was a violation of federal law. “Regardless of whether federal charges can be brought, this type of action has no place in our society,” Town said.

There were cameras located in the team’s garage and only a few individuals had approved access to that area, so it seems likely that someone will be caught.