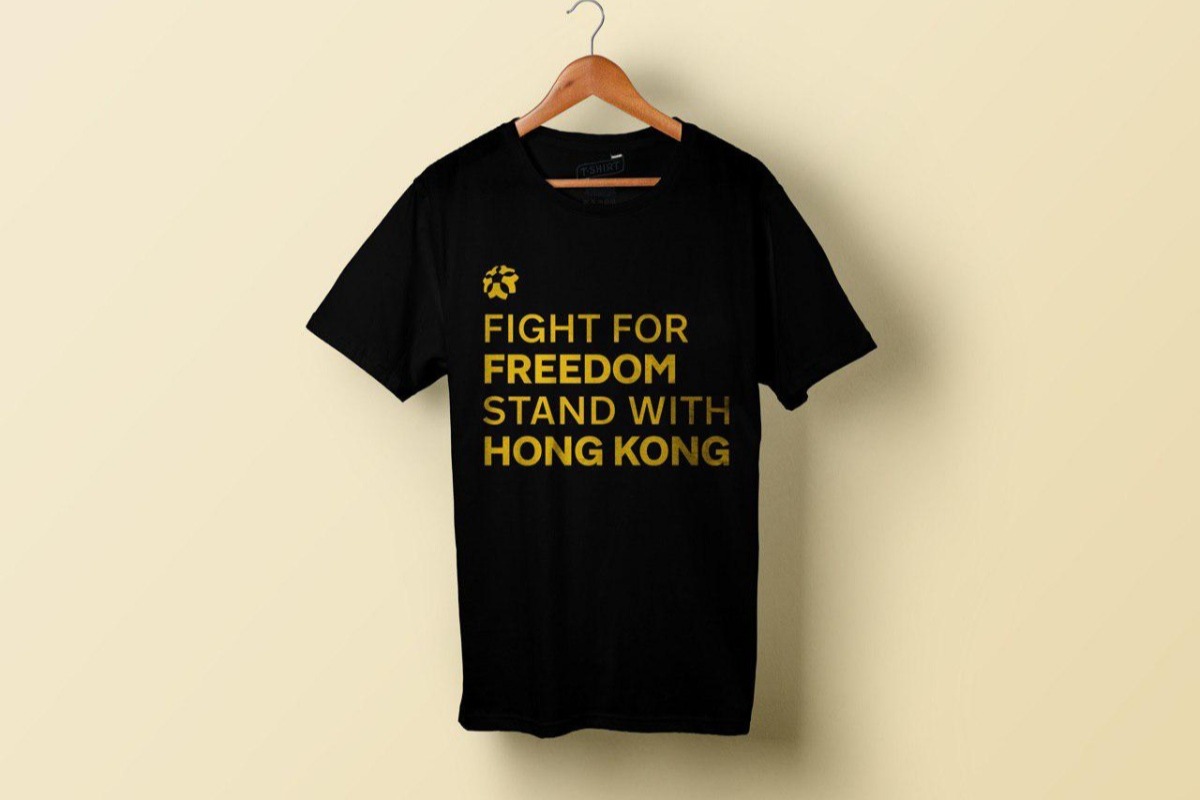 Via GoFundMe
eyJpdiI6Ik8rXC9DSVRla0FFeW4wWEVqVStYVUl3PT0iLCJ2YWx1ZSI6Ijhjd05oaXBjMmZCY1F3Ujk2S21xZXQxK0tiTFhLdTBDeXZEcHlXTFwvc0oxTGJvaU1aeUZSaTh2OXVsSFFVMzJjIiwibWFjIjoiZTA4MmY4YzlmZmVkZDhiNGI5MGU1YjZhYzFjYWJiMDVkNTQ3ZmM5ZDY5NzI5NDY5NmE3YTY5ZDg1OTlkMWI3NSJ9
By Bonnie Stiernberg / October 17, 2019 9:48 am

The controversy over the NBA’s reaction to Houston Rockets GM Daryl Morey’s pro-Hong Kong tweet shows no signs of slowing down, and one Lakers fan is taking matters into his own hands to show his support.

Sun Lared created a GoFundMe page to raise funds to print “Stand with Hong Kong” t-shirts and distribute them at the team’s home opener. “China is trying to censor the Houston Rockets (update: and now the ENTIRE NBA) because of Hong Kong,” he wrote. “Wouldn’t it be hilarious if on opening night in Staples Center the NBA fanbase made a collective demonstration against censorship by wearing “STAND WITH HONG KONG” T-Shirts?”

The campaign raised $42,994, more than double his goal of $20,000, and he plans to distribute the shirts for free outside the Staples Center on Oct. 22 when the Lakers take on the Clippers. He also will be passing out “a small card explaining why you should wear the shirt” to each fan.

Lared also wrote that the funds he receives beyond what he needs to print the shirts and distribute them will be donated to Civil Human Rights Front, the NGO advocating for greater democratic development in Hong Kong.

On Sunday (Oct. 13), he tweeted an update about the shirts, showing off a few test prints and asking for volunteers to help him pass them out on Oct. 22.

#HKShirtGiveaway test prints. Getting ready to hand these out at NBA opener in LA Oct 22! DM me if you want to help hand out T-Shirts with @Stand_with_HK/ https://t.co/eqamtj3aR5
Other people running #HKShirtGiveaways at other games/events – get in touch if you want the files! pic.twitter.com/34hC7Hqy7y