The man who called ESPN’s first ever NCAA basketball game in 1979 has signed a contract extension with The Worldwide Leader that will keep him with the network through the 2022-2023 college basketball season.

Dick Vitale, who will turn 82 in June, is now signed through his 44th year at ESPN and is one step closer to reaching his goal of calling a college basketball game at the age of 100.

One of ESPN’s first signature personalities — right up there with Bob Ley, Chris Berman, Robin Roberts and the late John Saunders — Vitale has the equivalent of a lifetime contract with the network, according to Front Office Sports.

“I really want to keep going. I feel great,” Vitale told the publication. “I’ve said this 5 million times: If the day ever comes I don’t recall names, I can’t recall information I need to share, I’ll be the first guy to pick up the phone and say the party’s over. But I feel better than ever. In fact, people tell me you sound more enthusiastic than ever.”

Vitale, who will call one Final Four game and the NCAA Championship game for ESPN International, has been working remotely due to COVID-19, but that hasn’t stopped him from paying close attention to everything that has happened during this year’s edition of March Madness. Based on what he’s seen while watching the field of teams be whittled down from 68 to just four, Vitale believes the top-seeded Gonzaga Bulldogs will still be No. 1 when all is said and done.

“The talk now is [UCLA] has no shot against Gonzaga. Well, the fact that they’re there is why we term this March Madness. Because it’s so unpredictable,” he said. “But realistically, on paper, and in theory, my head tells me we are heading for Gonzaga. And we’re heading for a Gonzaga vs. Baylor [final].”

During a November appearance on ESPN while Illinois State was taking on Ohio State, Vitale expressed hope that he’ll be back to his normal gameday routine once the pandemic is over, but also talked about his own personal finale.

“Here are the things that I love so much over the years — walking into arenas, jumping in the crowd with the fans,” Vitale said while broadcasting from home. “I wonder if I’ll ever do that in my life again because my clock is running out, man. My clock is starting to come. Oh, man, I’m in the final chapter. But I’m going to make it the best chapter of all.”

Thanks to the extension, that chapter will take place while Vitale is under contract with network that propelled him to his status as perhaps the most recognizable personality in all of college sports. 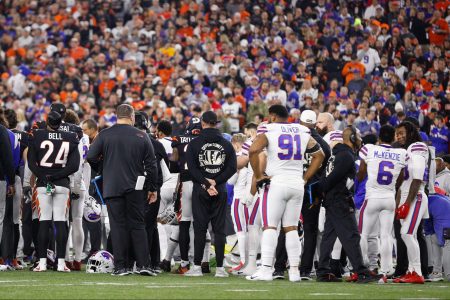