Barkley made the comments earlier this week

Charles Barkley commentates from the booth during The Match: Champions For Charity at Medalist Golf Club on May 24, 2020 in Hobe Sound, Florida.
Cliff Hawkins/Getty Images for The Match
By Tobias Carroll @tobiascarroll

During his time playing in the NBA, Charles Barkley famously feuded with a host of other big-name players — and tangled with Godzilla. He’s maintained this tradition more recently as well via his role as a color commentator. But his latest feud has a more abstract target — and finds him raising the alarm over a rapidly growing part of the sporting world.

To put it succinctly: Charles Barkley is concerned about gambling.

Barkley expounded on his concerns when addressing members of the press before the American Century golf tournament earlier this week. “We’ve got people in the stands betting on who’s going make the next free throws. Think about that,” he said. “If I was a scumbag, I’d look at a guy in the stands, a friend, and say, ‘Yo, I’m going to miss both of these free throws.’ Now, that’s cheating.”

As ESPN noted in their article on Barkley’s remarks, Barkley himself has made some high-profile bets and has worked as a celebrity ambassador for FanDuel. In his remarks before the tournament, he clarified that he was concerned about the scale of gambling rather than the practice itself.

“I am concerned that you can sit in the stands and make bets now in the middle of a basketball game,” he said. “But, like I said, the toothpaste is out of the tube, and I don’t know how to put it back in.” 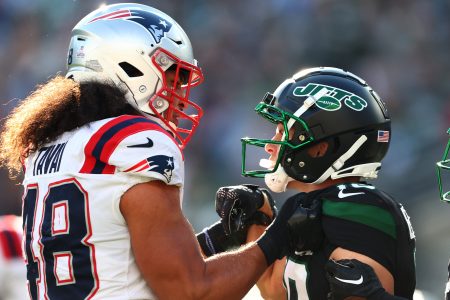