Kanye West’s ‘Yeezy Crocs’ Are Here and They Are … Something

Hideous shoes, but make it fashion

Kanye West’s latest creation was revealed on Twitter last night, and it was the second most heinous image internet users confronted yesterday, after the Shawn Mendes and Camilla Cabello kissing video we’re all still struggling to scrub from our memories.

Unofficially dubbed the ‘Yeezy Croc’ thanks to its resemblance to one of the most divisive (ugliest) shoes of all time, Kanye’s new drop is objectively hideous. (This is not up for debate.) No one asked Kanye to do this. But Kanye doesn’t give us what we want. He gives us what he decides we need.

What the world needs, according to Kanye, is the Yeezy Foam Runner. First spotted on Kanye’s daughter North earlier this summer, the white Foam Runners are what Dazed has called a “slightly more elevated” version of Crocs, the ugly shoe trend that simply won’t die.

As Dazed noted, this isn’t the first time Crocs have grazed high fashion. A shamelessly bedazzled version of the foam shoes appeared on the runway at a Christopher Kane show in 2017, and Balenciaga put a memorable platform version on the runway the following year. Recently, the shoes have even graced the feet of superstar Ariana Grande, who paired them with white ankle socks because famous people can do literally whatever they want.

Not everyone was sold on the new Croc-inspired look, however, and Kanye’s new Foam Runners took their share of heat on Twitter. One user, who is correct, called the new Yeezys “ugly monster looking shoes,” adding that the Foam Runners “look like a Crocodile chewed on them then spit them out.”

These Yeezy Crocs are ugly monster looking shoes. They look like a Crocodile chewed on them then spit them out. pic.twitter.com/ktRU7aAJ0q

Another Twitter user surfaced as the voice of reason, however, reminding us that Kanye is an all-powerful deity who can design a truly heinous piece of footwear purely as a flex and we’ll still beg him to take our money. “Kanye is just doing things to show that he can do them. He made dad shoes cool and now he’s gonna make crocs cool,” the user wrote. “No one man should have all that power.”

I said this a while back but at this point, Kanye is just doing things to show that he can do them. He made dad shoes cool and now he’s gonna make crocs cool.

No one man should have all that power. https://t.co/Hc4TUp0MyU 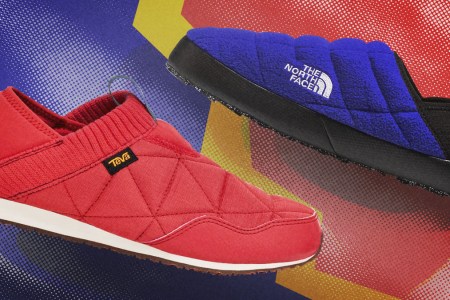