The SAS fought in the desert with the Land Rover Series IIA SAS "Pink Panther."

Pink, as the bing on your cherry.

Pink, cause you are so very.

Pink it’s the color of the Land Rover model the British Army’s Special Air Service (SAS) used to use to fight in the desert in the late ’60s. 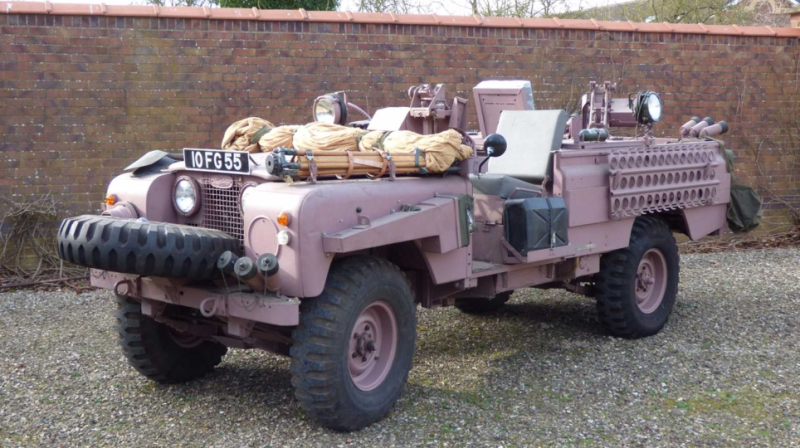 In order to aid their military operations in Oman in the 1960s, the UK’s Ministry of Defence (MOD) purchased 72 Land Rover Series 2A models so they could be outfitted for use by the SAS.

Then, the MOD contracted with the Marshalls of Cambridge in 1968 to have the fleet of vehicles, which were meant for long-distance reconnaissance and special operation missions, to get the Series 2A models set for desert duties. 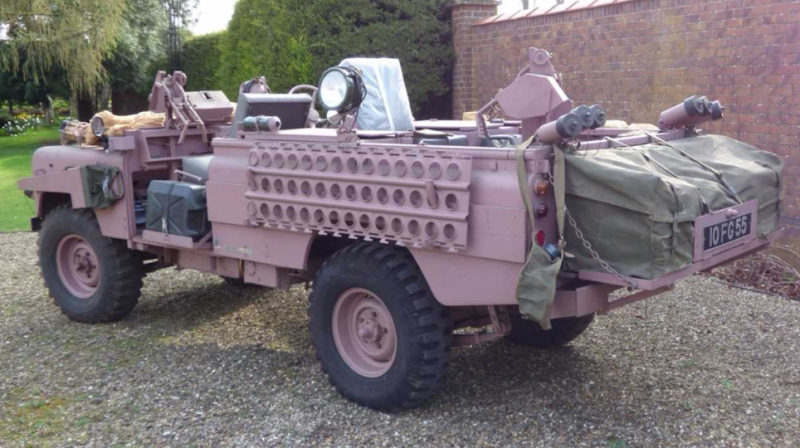 Now, when fully loaded with fuel, weaponry and all the additional desert-specific gear, the Series 2A units weighed more than 6,600 pounds. And that’s despite being stripped of doors, windshields, and a roof. 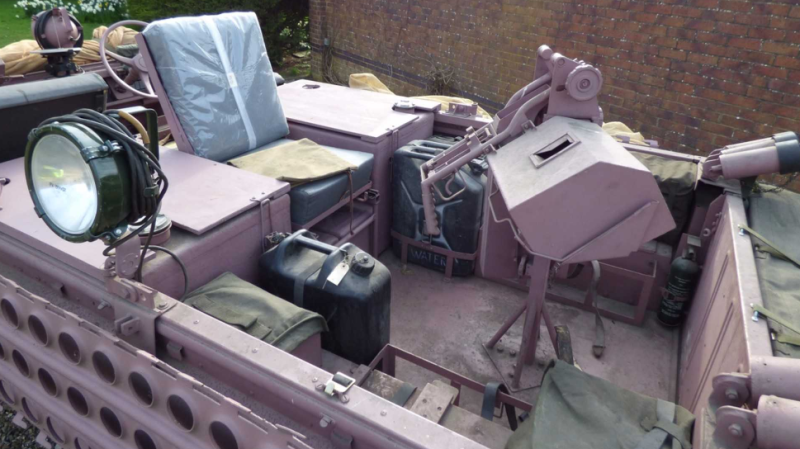 After stripping the Series 2A models down to steel tacks and loading ’em up with gear, Marshalls of Cambridge undertook the operation which earned the so-called “Pink Panthers” their stripes, er, name.

Since SAS forces had determined pink paint was highly effective desert camouflage, especially at dawn and dusk, Marshalls of Cambridge got rid of the standard bronze green paint scheme the Series 2A models were originally decked out in and replaced it with pink. 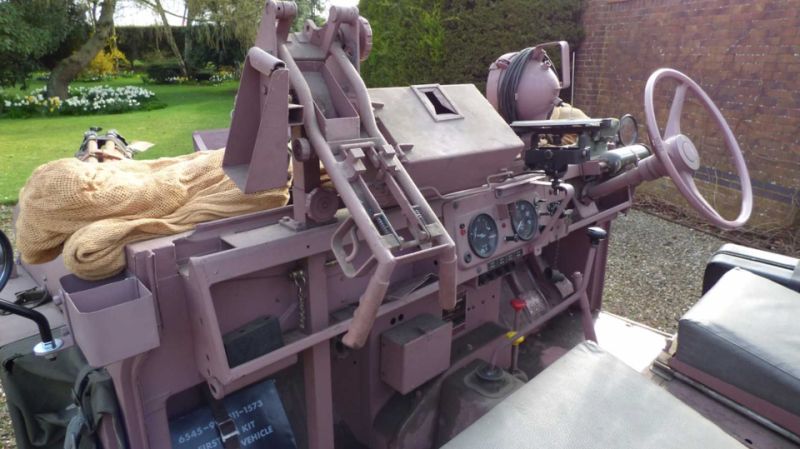 Known as Pink Panthers (or Pinkies) from that point forward, the special models were in service from 1968 until 1984.

The Pink Panther you see here is being sold by P.A Blanchard & Co and it currently has an asking price of about $86,000.

Released from its military duties in 1986, the model comes with a copy parts book and handbook along with a complete equipment schedule.

One of around 20 Pink Panthers believed to still exist in the wild, the special SAS-commissioned model is one of the last of an endangered species.

Larry’s 50 Funniest Grievances on “Curb Your Enthusiasm,” Ranked
Review: Is This Really the World’s Best Old Fashioned?
The Bad Boi Renaissance Is Upon Us
The Best Time to Visit Tahoe Is Now — And This Is Where to Stay
How the Fairmont Miramar Has Remained an LA Icon for 100 Years
An Offroad Motorcycle That’s Texas Tough … and Eerily Quiet
Please Stop Running That Photo of Alec Baldwin After His Horrific On-Set Accident
Meet DC’s Christmas Tree, And the Man in Charge of Selecting It
6 Worthy and Cheaper Alternatives to Apple’s New Laptops