Review: How I Learned to Love the 2019 Chevy Camaro

On a test drive down the eastern seaboard, I realized what the Camaro is really about 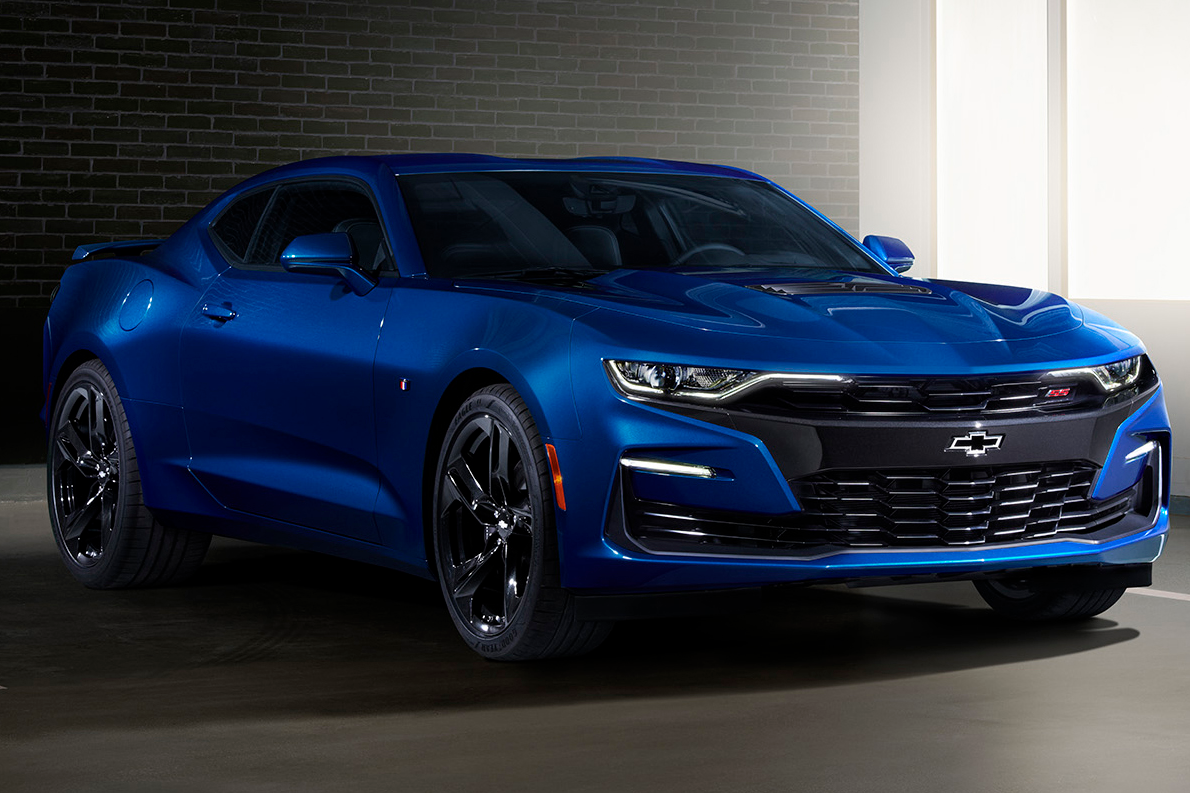 I’ll be honest here because I feel like this is a little trust circle: I never saw myself as a Camaro guy. In general, newer American cars that can rev up real loud and peel down the road super fast just never did it for me. I was down with Mustangs up until the fourth generation, and I’m a fan of Corvettes up until a certain point as well, but the Camaro just always struck me as the car the bad guy in a high-school movie drives. Jake Ryan, the heartthrob on Sixteen Candles, drove a red Porsche 944; I’d imagine Troy, the douchebag rich kid who picks on the Goonies and sends his bucket down the well (come on, you know the scene), was a Camaro guy. I don’t know why or what made me start feeling this way, but it’s just always been the one car I could never get that hyped on.

And then I drove one. I took a 2019 Chevy Camaro 2SS Convertible from New York City to Washington, DC, Richmond, VA, and then back. Well over 600 miles both ways down the Eastern Seaboard in a car that I really never thought I’d ever drive, and, much like you would in an ’80s teen movie, I learned something: I’ve been snobby for absolutely no reason at all. The Camaro is a damn fine automobile, the kind I’d save for special occasions.

When I say “special occasions,” I should explain that I mean I’d treat it the way my grandpa treated his own convertible — a 1987 Chrysler LeBaron — by leaving it in the garage with a tarp over it for half the year. As I write this, my own hypothetical Camaro has about five weeks left before it goes into hibernation. It’s not a winter car in my mind. As I pulled it out of the garage to take it for a spin before hitting the road, that was the first thing that ran through my mind: this sucker has too much kick if I’m worrying about inclement weather. Spring until whenever cold October rains begin is the perfect time for it.

It’s also not a great city car. Well, the truth is that no car is a good car in New York City. You press that button (Note: I miss turning a key to get a car started) and hear the engine and you know can go from 0-60 in 3.5 seconds … and then you think of the misfortune of having to pull out onto a crowded street and not a blank asphalt canvas. So really, that’s not a commentary on design or the car, but more on urban life.

That’s a lot of complaining to talk up how much I enjoyed myself driving a Camaro. The car handles like a champ, the sound system bumps or slaps or whatever my friends who are a few years younger than me say, and I don’t feel like I’m in a tiny pod the way I do in some sports cars. The thing doesn’t barrel down the road, either; it had a very powerful glide.

I took my friend along with me. We started out around 9 a.m. and made it about 30 minutes into New Jersey when we decided we weren’t going to find a WaWa and settled for a new and improved Thomas Edison Service Area, where we were greeted with a handful of families taking one of the last summertime trips to the shore. As we got out of the car, an older guy in a Vietnam vets hat walked up to tell me about the slew of Camaros he owned up until the late-1980s, noting that the ’85 IROC-Z was the one he missed most because he got it right before his wife mentioned she was having a baby, making it the baby’s first Camaro. (The baby, a son who is all grown up, drives a Ford Fusion, the dad mentioned with a little hint of disdain in his voice. I wanted to ask why, but he was too busy admiring the Camaro.)

The Camaro is a perfect road trip car. This started becoming more apparent as we went deeper south in the Garden State, blasting a mix of everything from the Misfits to Steely Dan, Muddy Waters and then King Curtis with Billy Preston doing “My Sweet Lord” at the Filmore West in 1971, which I have to say is a better road-trip version than George Harrison’s original.

That was pretty much the bulk of our trip over the next few days: driving with the top down, playing music. We parked the car in D.C. and took those annoying electric scooters from one end of town to Officina, where we drank too many cocktails with amaro, ate too much and washed it down with several glasses of amaro from the library of rare bottles that I have to admit I was too drunk to copy down. When we finally made it back to our feet in the morning, there was the Camaro, waiting for us like an old friend. We made it to Richmond in a few hours, passing the unremarkable place where John Wilkes Booth was caught and killed. We stopped to get gas and the guy at the station asked us what we thought of the car.

“Tell me where to get BBQ and I’ll tell you everything.”

He did, so I basically told him all of the things I said above, from my theory on how some cars just need to rest throughout the winter, to my conversation with the guy in New Jersey to that feeling that I’d misjudged the Camaro.

As we sat at Buz and Ned’s, eating as many ribs and chicken wings as we could, I thought about all of this, what I was going to write about the Camaro. I really thought hard about what sort of review I’d write and how I really had no point of comparison because I’ve been ignoring the Camaro my entire life. It some point in my life I started constructing a narrative of what I thought the car was, never going out of my way to find out what it really is and can be.

I drove it for three days. The sun was shining, and we kept the top down pretty much the bulk of the trip, save for the stretches where we were stuck in traffic and the heat overtook us. I get that the idea of having a car that is essentially just in your garage for fun is a frivolous one, and a concept that is really not attainable for everybody. “Who needs more than one car, even if they can afford it?” you might ask. And sure, you’re not wrong.

But since I started this off using ’80s teen-movie characters as a reference point, I figure I’ll quote Ferris Bueller by saying that if you have the means, I highly suggest seeking out a car you drive just for the hell of it, on road trips or when you want to impress your significant other. One that gets the special treatment of not having to deal with winter roads and salt kicking up and ruining the paint. One that, if you’re into this sort of thing, drives fast and has a top that goes away so you can ride with the sun keeping you warm and the wind whipping past to cool you off at the same time.

Despite my prior thoughts, the newer version of the Camaro, I’d wager, is a car that’s perfectly suited for that.