Only 30 of These Bugatti Supercars Were Built. One Just Hit the Market.

Who wants the last of the EB110 Super Sports? 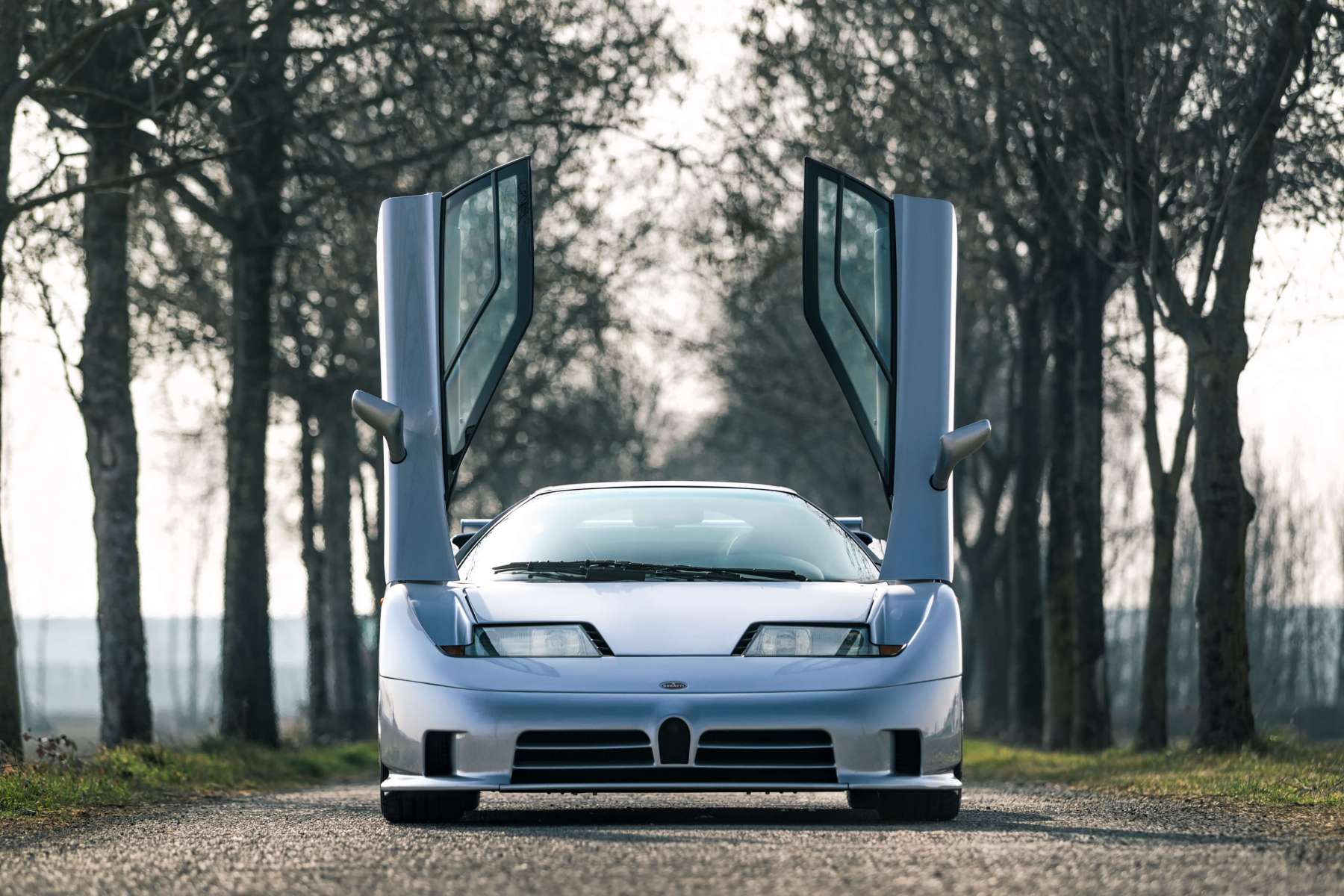 The first rule of buying in the luxury market is to consult an expert before handing over your card or signing any papers. But in case you don’t have a close friend with a garage of supercars, a couple people you’d do well to look to when buying your own are Ettore Bugatti and Michael Schumacher.

Both of them are tangential to the 1995 Bugatti EB110 Super Sport that was recently put up for sale on Girardo & Co. According to the listing, it’s the last version of a limited-run of about 30 supercars. And the last recorded odometer reading was just 702 miles, so it’s in pristine condition.

As close-readers may have guessed, the name  EB110 is a nod to the marque’s founder Ettore Bugatti, the original (and more common) GT version being unveiled on September 15, 1991, exactly 110 years after his birth. But the Super Sport edition is lighter by around 330 pounds, thanks to many carbon fiber upgrades, and it’s more powerful, too, packing a 3.5-liter quad-turbocharged V12 that puts out around 600 horsepower.

That combination caught the eye of Michael Schumacher, one of the greatest Formula One drivers of all time, who bought a Super Sport back in 1994. But unlike Schumacher, this one’s got a paint job worthy of the multi-million dollar price tag.

In all honesty, that rate is a guess, because Girardo & Co. is only unveiling the price to people who submit applications, but a ‘94 Super Sport did sell back in February for about $2.3 million. If that’s in your price range, you can inquire here.