Power Trip: What to Eat, Drink, See and Do in Portland, Oregon 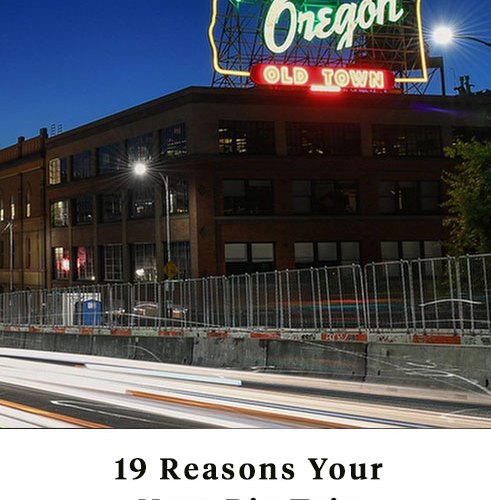 This is Power Trip, a recurring series on hard-to-find but always sophisticated experiences in our favorite cities around the globe.

If you’re at all familiar with Fred Armisen and Carrie Brownstein’s Portlandia, then you are at least somewhat aware of the show parodizing Portland, Oregon, as a town of hippies and hipsters subsisting on organic coffee, heady craft brews and gluten-free grub.

To some extent, those clichés are true. Within Portland city limits, you’ll certainly see plenty of Stumptown Coffee Roasters as well as Blue Star Donuts locations, and it’s hard to get too far without seeing a bar or brewery offering local craft beer. As for gluten-free grub, we hear it doesn’t get much crunchier than the soy stroganoff that’s served up at Casa Diablo, a vegan strip club that was created, in part, to compete with the nearby carnivore-centric strip club-cum-steakhouse, The Acropolis.

While we didn’t indulge in the stroganoff nor the steak at either location during a recent fall visit to the City of Roses, we did discover plenty of other pints, plates and places of interest in the easy-to-navigate home of the Trail Blazers and the Timbers.

… if you want to get a primer on the city with some pints
Allocate three hours out of your day to Pedal Bike Tours’ Portland Brewery Trail Bike Tour. A great way to learn some local history while also getting acquainted with downtown as well as an idea of where other neighborhoods within the city are located, the Portland Brewery Trail Bike Tour includes stops at three local establishments. If you aren’t a huge fan of any of the stops on the tour, talk to your guide and get some tips about where might suit you better.

… if you want a look at some natives you won’t see elsewhere
Located within sprawling Washington Park, the 64-acre Oregon Zoo is home to animals ranging from elephants and polar bears to red pandas and bald eagles. It’s also easy to travel from the zoo, for free, to the nearby International Rose Test Garden, Portland Japanese Garden and a number of other attractions within the park. The zoo is also on the route of the 4T Trail, a self-guided urban nature loop that includes about 2.5 miles of walking as well as short trips on Portland’s trains, trolleys and trams.

… if you want to see what makes Portland so weird
One of many The Simpsons-related landmarks in Portland, the etching outside Lincoln High School depicts Bart Simpson and is signed by Matt Groening. You might have to kick some leaves around to find it near the southeast corner of 18th and Salmon, but it’s there. Much easier to find is the Freakybuttrue Peculiarium (although apparently it’s moving locations). Full of odds and ends that are both funny and almost always in poor taste, the Peculiarium is incredibly Instagrammable and actually encourages photographs of all its oddities.

… if you want the best Buffalo wings outside of Upstate NY
A spinoff of Anchor Bar, the Buffalo restaurant attributed with inventing the hot wing, Fire on the Mountain has the best-sauced chicken wings in town. With a menu that also offers a number of other barroom favorites and a dining room filled with Grateful Dead-themed memorabilia, Fire on the Mountain is an ideal place to grab a pint and a snack while watching the game. In keeping with the vibe of the city, all the wings at the restaurant’s three Portland locations come from cage-free, antibiotic-free, hormone-free and humanely-raised chickens.

… if you want trendy Vietnamese food and don’t mind waiting
With a line that usually stretches down the block after the sun goes down, Lúc Lác is a hotspot for locals as well as tourists into the wee hours of the night. Guests place food and drink orders at a counter inside the restaurant and are then seated, if they want to be, on a first-come basis. In addition to a number of pho and banh mi options, the highlight of the menu is probably the Luc Lac, a wok of seared beef tenderloin with Hennessy, beurre de France and black peppercorn.

… if you want to give buttermilk fried rabbit a try
The brainchild of BRAVO’s Top Chef Masters winner Chris Cosentino, Jackrabbit serves up some of the most eclectic food in town. With a menu offering an assortment of house-cured meats as well as an extensive raw bar stocked with a selection of oysters and clams, Jackrabbit has traditional drinks made with liquor from local distilleries as well as a gin-centric cocktail program.

… if you want Spanish coffee as you’ve never had it before Decked out in low lights, wood and brass, Hubers is Portland’s oldest restaurant and is famous for serving up open-faced turkey sandwiches. Though not as old as its turkey tradition, the establishment is well known for its bartenders making Spanish coffees doctored up with 151 and Bols triple sec and then lighting ’em on fire.

… if you want to research (and drink) a spirit you’ve never had
Located above a joint called the Green Room where you can wait if the upstairs is too packed (which if often is), Multnomah Whiskey Library is stocked with a booze collection “representing all major, and lesser, styles of distilled spirits known to the modern world.” Besides the spirits, the Library also has an enticing dinner menu with options like bacon mac ‘n’ cheese and a bourbon short rib.

… if you want to watch the game or shoot some pool with the locals
Located in a former auto garage, Ringlers Pub features a wooden-beamed ceiling and mosaic-tiled bar serving up beers from the Crystal Brewery that’s located upstairs. A McMenamins venue (family-owned brewpubs, music venues and hotels located in historic properties in Oregon and Washington), Ringlers has plenty of bar games and is filled with plenty of TVs in case you’d rather watch pros than play yourself. 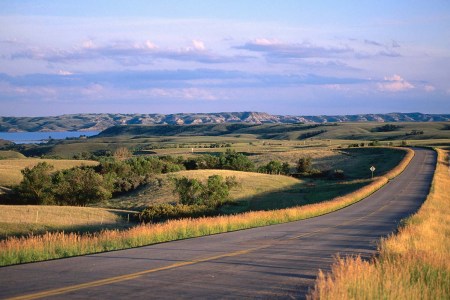