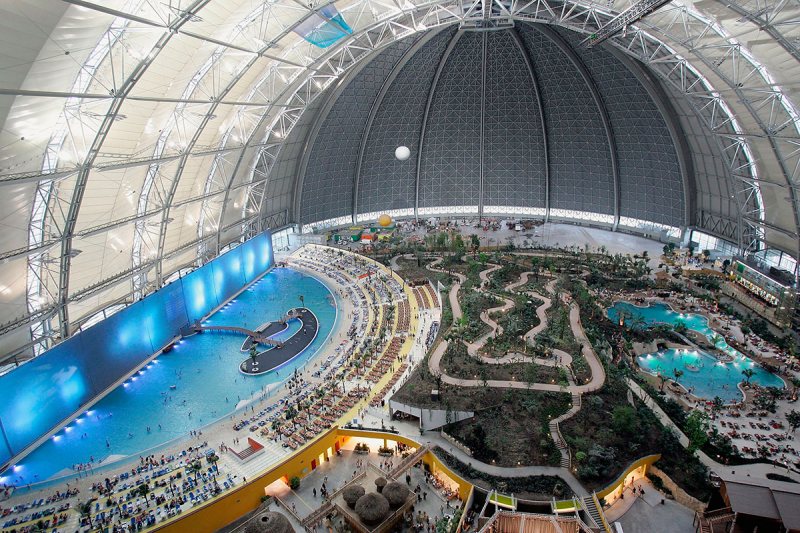 A huge aircraft hangar in Brandenburg, Germany, has been turned into the Tropical Islands resort, an indoor tropical paradise that contains the world’s largest indoor beach.

The company Tropical Islands opened it in 2004, and the resort was built inside the massive Brand-Briesen hangar, which was originally used to build zeppelins during World War II. A geometric dome was added to the hangar in 1996, and Malaysian investment company Tanjong bought the hangar outright in 2003, opening the resort a year later. 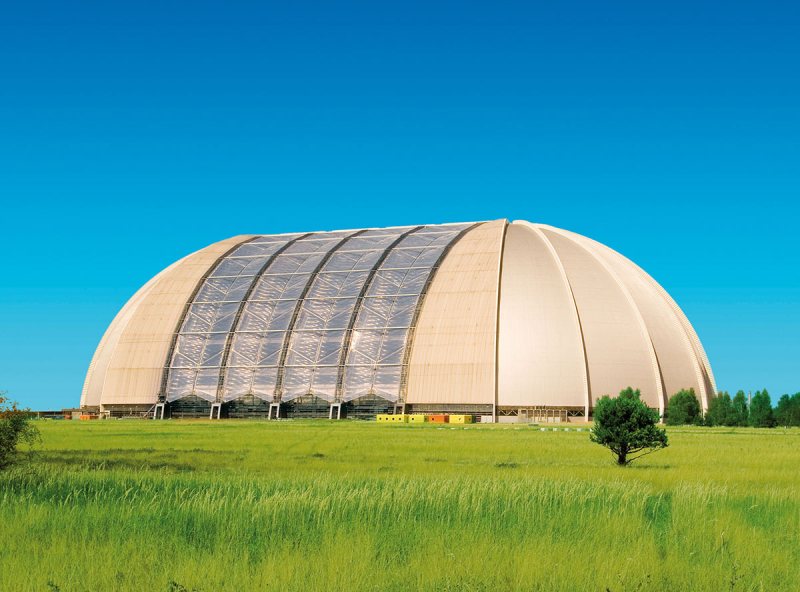 Architect Jürgen Grothe, who designed Tropical Islands, told Quartz that Tanjong’s idea to build tropical-style resorts in decidedly nontropical Europe was made out of generosity. “People or families who can’t afford to travel to the tropics should have the chance to spend some time in a tropical atmosphere,” he said. 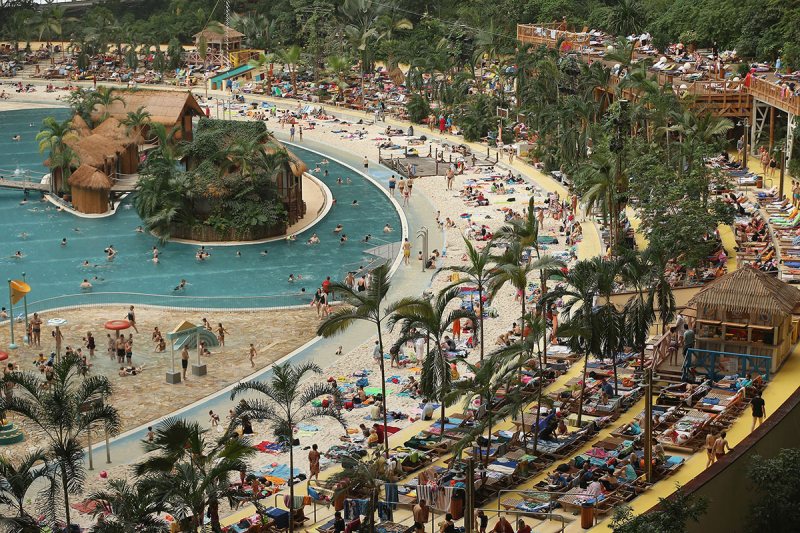 The resort can hold up to 6,000 people, who can lounge on the artificial white sand beaches, enjoy one of the resort’s many spas and saunas, wander through the 50,000-plant forest, or even fly a hot air balloon. Accommodations include hotels, lodges, and campsites; many of which have Malaysian, Samoan, and Burmese themes. 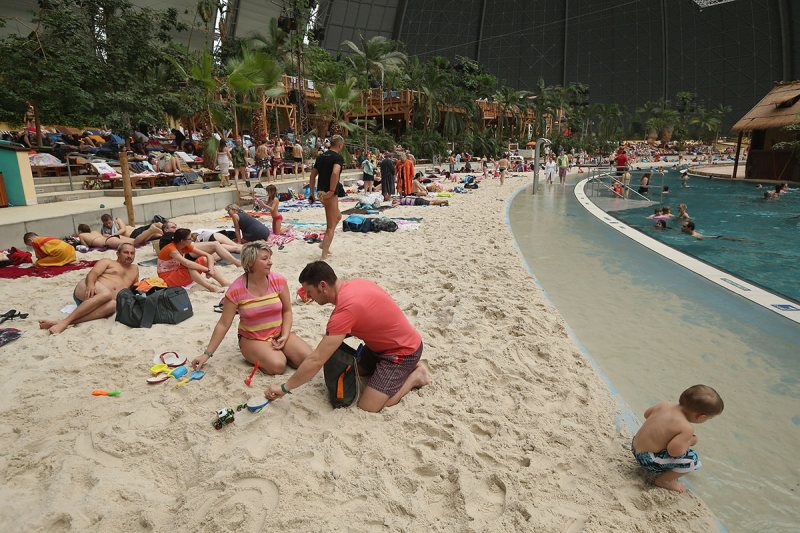 The effect is not unlike Disney’s Epcot Center, and it’s relatively inexpensive to access ($46 American for a day pass).

For more information on the Tropical Islands resort, click here.