The Four Main Takeaways From the 2020 Emmys

At the first ever virtual Emmys, "Schitt's Creek" made history and Jennifer Aniston put out a literal trash fire

This year’s Emmy Awards were obviously unlike any other. The first major awards show to be held virtually (thanks to the continued threat of the coronavirus pandemic), the show came with a series of challenges: How do you maintain the glitz and glamour of an awards show on what essentially amounts to a three-hour Zoom meeting? How do you keep more than 130 live feeds working properly? And, perhaps most importantly, how do you set the right tone? Is holding an awards show at all when 200,000 Americans are dead and countless more are out of work in poor taste?

While the 72nd Emmy Awards did take a few moments to address some of the many elephants in the room, for the most part they also felt like a welcome distraction. The awards themselves were surprisingly spot-on, with favorites like Schitt’s Creek, Watchmen and Succession each raking in a ton of trophies, providing some feel-good moments and inspiring speeches along the way. With that in mind, these are the four biggest takeaways from what surely will go down in history as the weirdest Emmys ever.

Dan Levy’s four wins also tied the record for most wins by an individual in a single season, putting him alongside Moira Demos (Making a Murderer) in 2016 and Amy Sherman-Palladino (The Marvelous Mrs. Maisel) in 2018. “The internet’s about to turn on me,” he joked. “I’m so sorry!” And in one of the show’s more touching moments, Eugene Levy got to thank his son, saying, “I also want to thank once again this young man who took our fish-out-of-water story about the Rose family and transformed it into a celebration of inclusivity, a castigation of homophobia and a declaration of the power of love.”

Succession and Watchmen both nearly swept their categories as well. Watchmen was the clear favorite in the Limited Series categories, taking home 11 awards, while Succession nabbed seven in the Drama categories. (One has to wonder whether it would have been eight had Nicholas Braun, Kieran Culkin and Matthew Macfadyen not split the vote in the Supporting Actor category, losing to The Morning Show‘s Billy Crudup.) Overall, it was a big night for HBO, which took home a total of 30 awards — more than any other network or streaming service this year.

The virtual ceremony was surprisingly endearing…

Doing the show virtually obviously opened it up to potential disaster in the form of bad wifi connections, but save for a few minor mishaps, the ceremony went off without a hitch. And while I certainly wouldn’t want to watch a Zoom Emmys every year, there was actually something kind of fun about the new format. It was surprisingly intimate to see stars sitting inside their homes — some of them in full glam, others in pajamas or T-shirts — as they accepted their awards. Many were surrounded by friends or family, which humanized them and made for some touching moments. The cast of Schitt’s Creek held their own socially distant Emmy party in Canada, and watching them cheer each other on made each of their wins all the more heartwarming.

Even when things didn’t go as planned, they still managed to feel right for our current moment in time. In a perfect representation of 2020, Jennifer Aniston found herself scrambling to put out a literal trash fire after a bit in which Jimmy Kimmel sprayed an envelope with Lysol, lit it on fire to “burn off the germs” and then tossed it into a garbage can. That was all planned, and she was supposed to put out the blaze with a fire extinguisher, but she didn’t get the whole thing, and it reignited as an off-camera producer yelled, “Oh, put it out!”

Ramy star Ramy Youssef also offered a hilarious behind-the-scenes look at what it was like to lose an Emmy in 2020, tweeting out a video of the person stationed outside his home in a tuxedo hazmat suit with the award — ready to enter and hand it to him in the event that he won — waving and walking away. Ouch.

…but current events were hard to ignore

Regina King and Uzo Aduba both paid tribute to Breonna Taylor during the broadcast, with King (who took home her fourth Emmy with Outstanding Lead Actress in a Limited Series for Watchmen, tying the record for most Emmy wins by a Black actor) sporting Taylor’s face on her shirt and Aduba wearing a shirt with her name emblazoned across the front. King also took a moment in her acceptance speech to address the recent death of Ruth Bader Ginsburg, saying, “Rest in power, RBG.”

Host Jimmy Kimmel made a few jokes at Trump’s expense (including noting while presenting Outstanding Competition Series that “past losers of this award have gone on to become president of the United States”), and Tyler Perry, who took home the Governor’s Award, delivered a powerful speech about the importance of diversity in television. (Read it in its entirety here.)

Dan Levy urged people to vote in his acceptance speech, and Zendaya — who, at 24, became the youngest person to ever win Outstanding Lead Actress in a Drama Series, for Euphoria — thanked her peers for working towards change, saying, “I just want to say that there is hope in the young people out there. I just want to say to all my peers out there doing the work in the streets, I see you, I admire you, I thank you.”

Mark Ruffalo, who took home Outstanding Lead Actor in a Limited Series for I Know This Much Is True, touched on the forthcoming election in his acceptance speech. “We have a big, important moment in front of us,” he said. “Are we going to be a country of division, hatred, and a country only for a certain kind of people? Or are we going to be one of love, and strength, and fighting for those — all of us — [to] have the American dream and the pursuit of life and liberty and love and happiness in this great country of ours? That’s what we’re facing right now. So get out and vote, make a plan, and vote for love and compassion and kindness.”

Sweeps are entertaining, but they certainly don’t allow for surprises. Fortunately, this year’s Creative Arts Emmys — held prior to the main Emmy broadcast — delivered some of the more unexpected and interesting storylines of the awards. Ron Cephas Jones and Jasmine Cephas Jones made history as the first father-daughter pair to win Emmys in the same year. Maya Rudolph won her first ever Emmy for her voice work on Big Mouth and then promptly followed it up by winning her second ever Emmy, this time for her Kamala Harris impression on Saturday Night Live.

Saturday Night Live also was responsible for Eddie Murphy’s first Emmy, as the legendary comedian took home Outstanding Guest Actor in a Comedy Series for his return to the sketch show as host. “This is 40 years since I started Saturday Night Live. This is my first Emmy, so thank you so much,’’ he said. “This is a very, very special thing for me, to come back and have the show turn out the way it did. I’m still floating from it.”

Meanwhile, Dave Chappelle used his acceptance speech for Outstanding Writing for a Variety Special to deliver a middle finger to critics who called his stand-up special Sticks & Stones out-of-touch. “Boy, this comes as a complete surprise,” he said sarcastically. “I mean, I read all the reviews and they said so many terrible things. They were embarrassed for me; I had lost my way, it wasn’t even worth watching — I hope all you critics learn from this. This is a teachable moment. Shut the fuck up, forever.” 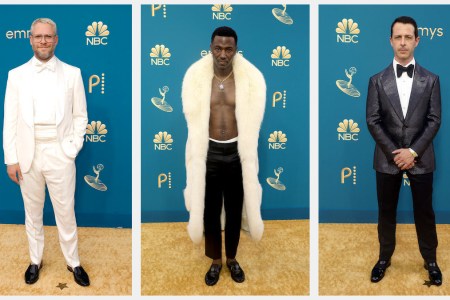 The 28 Biggest Menswear Moments From the 2022 Emmys 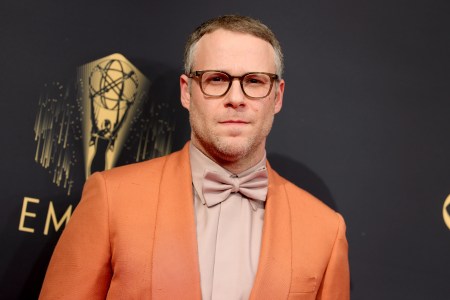 Was Seth Rogen Right to Question the COVID-19 Safety Protocols at the Emmys? 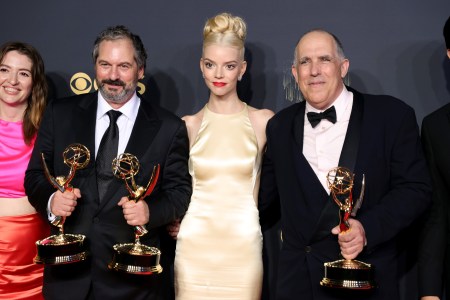