A general view shows the financial district of Lujiazui in Shanghai early on June 23, 2016. (Johannes Eisele/AFP/Getty Images)
By Matthew Reitman

Chinese adoption of mobile Internet technologies has given it a competitive edge over the United States—and it seems that even the homeless population is keeping up.

Times columnist Thomas Friedman described how mobile payments have more or less made China a cashless society in his column Wednesday. 700 million people in the country use mobile payments on a daily basis.

Alibaba’s Alipay or Tencent’s WeChat Wallet are used by so many Chinese residents that beggars place QR codes on the street instead of a bowl for cash donations. 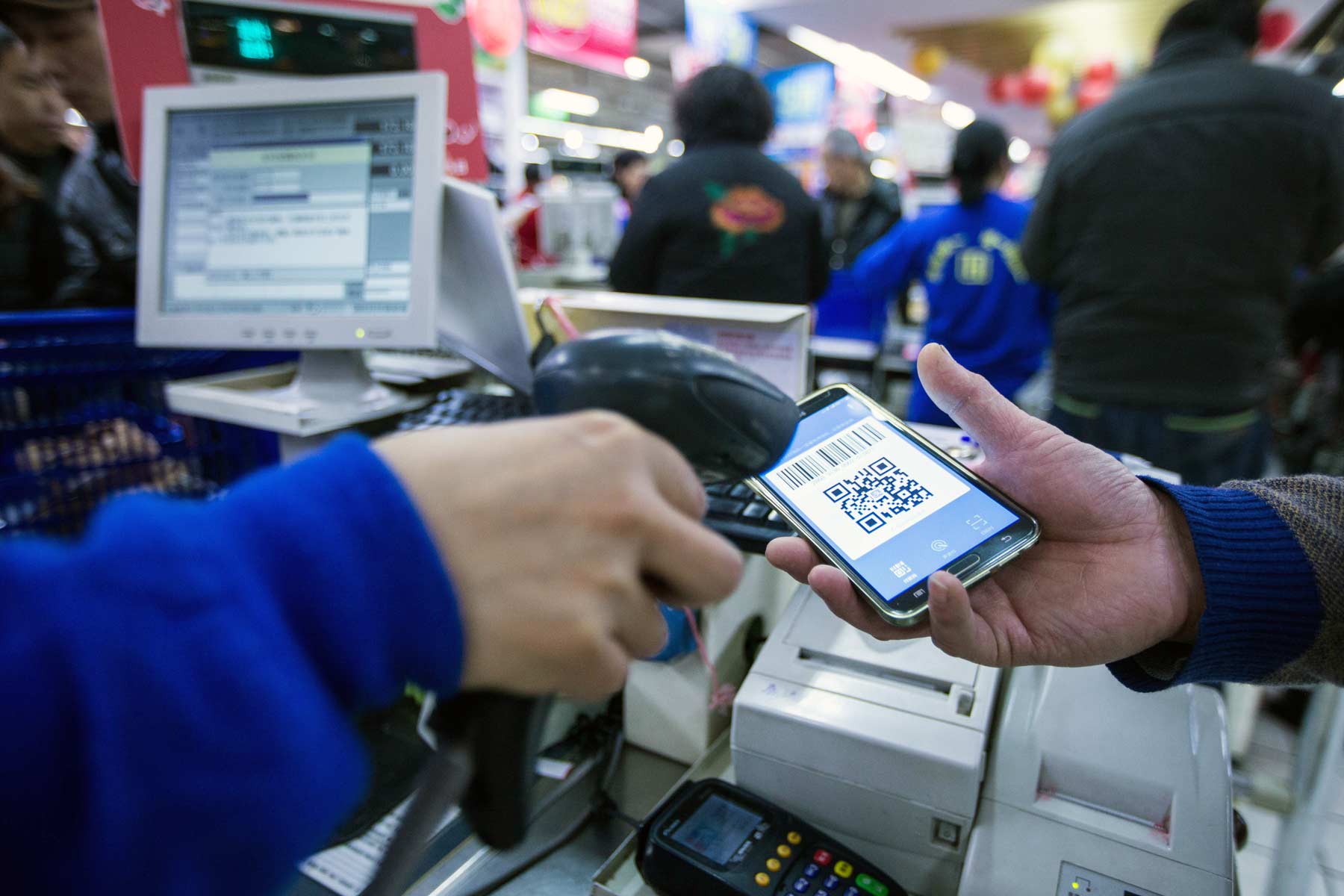 A customer pays for goods with Alipay on his phone at a supermarket as there will be 50% discount in some stores and supermarkets on “Double Twelve” day on December 12, 2015 in Hangzhou, Zhejiang Province of China. (VCG/VCG via Getty Images)

China has “leapfrogged the rest of the world” by going mobile-first in everything, Friedman reports. Because of this, it generates an immense amount of data that can be used to fuel powerful artificial intelligence algorithms to glean insight.

Yet, President Trump is right when he says China doesn’t play fair when it comes to its trade policy. The World Trade Organization placed minimal restrictions on the country when it joined in 2001 because its economy was still developing at the time. As Friedman points out, China has transitioned from a developing nation to a well-developed one.