It’s Nearly Impossible to Get These New Run-DMC Sneakers

But we’ll tell you how....and how they got made

“My Adidas and me, close as can be/we make a mean team.”

Ever since Run DMC rapped “My Adidas” back in 1986, the iconic hip-hop group has been forever associated with the sneaker brand. You know, just like Jordan to Nike.

To honor the group’s Jam Master Jay,  just released a Pro Model sneaker that pays homage to the late DJ, who passed away in 2002. The shoe was inspired by Darryl “DMC” McDaniels and band friend Eric “Shake”  and brought to life by Adam Padilla, founder of the creative agency BrandFire.

We spoke with Padilla, a long-time friend of the group and artist in his own right, about the Pros… which also comes with a Jam Master Jay record crate-inspired shoebox that might be cooler than the shoes themselves.

Oh, and good luck getting a pair. Read below.

I initially heard you would only be able to get these shoes in one store in Shorewood, WI. Why is that?
Shake, a friend of the band, lives in Wisconsin and is a partner in Clicks. Jay had spent a lot of time there through the years, and outside of Queens it’s an important place for the group. And, you’ll hear it first, they have a burgeoning sneaker culture there! Small market towns like this are really growing in that respect. [Editor’s note: Turns out you can cancel the trip to Shorewood and just buy a pair online]

Why make only 150 ?
You see the Run-DMC logo everywhere. Everyone bites off of that. The brand was getting diluted. We wanted to bring some exclusivity back. This is like a piece of hip-hop history, and it was more of a labor of love for D and Shake than about being a money maker. Plus, it’s for real sneaker fans, and a great way to commemorate Jam Master Jay.

Tell me how the sneaker came about.
Shake was Jay’s old friend, and Darryl’s also very involved with . D actually approached me about doing something limited edition for Clicks. We wanted to incorporate Jay, the band’s logo,  a gold record on the tongue…to honor Jay as a DJ, you can even see the scratch needle on the gold record plaque.

The box it comes in seems pretty special.
In the old days, DJs had these milk crates to put in their vinyl records. So we made the box look just like that.  And sneaker fans…they love collector’s edition boxes. I mean, we know they’re going to put these shoes on ice, never wear them out. We wanted a great box equally worthy of collecting. 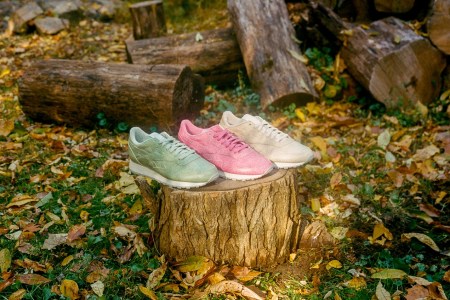