Why the Adidas Tracksuit Is the Perfect Work-From-Home Outfit

I always get dressed. Even when I’m working from a home, taking a day to myself or sick as a dog, I always try to put on a pair of jeans or chinos, a shirt with buttons on it, possibly an old cardigan — just something that won’t make me feel too comfortable. I know some people will tell you the point of doing your job from the comfort of your own home is exactly about that: comfort. Yet, personally speaking, I was raised believing that you get dressed to go to work, and if I’m clocking in somewhere, then I’m going to do it.

But our current situation has changed things a little. I’ve been working from the glass table in my living room for the last two weeks, the longest I’ve ever worked in my own place. My wife, a huge fan of putting on a Thrasher hoodie and some sweats and sitting in bed with the dog while she takes conferences calls where nobody has to show their face, has commented on my proclivity for putting on clothes more than a few times. She finds it odd, and she’s not the only one.

As of this writing, writer Bess Kalb’s tweet about her husband wearing jeans in quarantine has amassed over 21,000 likes, a measure of proof in the digital age that Kalb and my wife are definitely not in the minority in thinking that denim or khaki has no place in the house besides the closet during working hours.

Here’s the thing I will say about my stance: I believe it is rooted in this idea that sweatpants are made for the gym. Same with yoga pants, shorts and most other athletic gear. Of course, that is the original idea behind those kinds of garments, but even I understand times have changed. They’re comfortable things to wear, and that’s what it always comes back to: feeling good. I don’t begrudge anybody wearing sweats or lululemon when they run to the store or when they’re sitting behind their laptop. I’m not some prim and proper dandy who puts on a three-piece suit and looks down on people for what they wear. You wear what you want and what makes you happy. That’s what matters to each individual.

What bothers me, I think, is the ubiquity of it all. The Supreme sweatshirt or $300 Lucas Hugh leggings are more about the brand and the price tag than some identifiable measure of quality; it doesn’t really say anything about the person besides, “Hey, I can afford these things.” I don’t really feel like there’s much thought put into it, if I’m being honest. That’s really the problem with so much modern style: it’s thoughtless.

But I also know when I’m not going to win a battle. Wise men know when it’s time to not wear jeans, and I should too. And, frankly, I’m bored. I need to basically dress for my wife and pets, and they all seem sick of me. What’s most important in these difficult times is that I keep it interesting. That’s why I bought a red Adidas tracksuit and then spent the entire week wearing it. There was no real rationale behind my decision; I was doing some browsing our of boredom, saw a tracksuit and thought, “I’ve always wanted one of those for the hell of it.”

I’m hardly the first person to live the track suit life. In 2018, Estelle Tang, taking her cues from actor Armie Hammer, wrote about her seven days wearing them for Elle. “There’s literally nothing wrong with this tracksuit,” she wrote on Day Five. “It’s all-weather, all-activity, and all-celebrity.” It’s a good look.

As I sit here writing this from my couch, I think that maybe having a regular rotation of my own tracksuits might not be such a bad idea. I find the red to be the most interesting. I’ve definitely peeked at F.E. Castleberry’s Instagram a few times and noticed him wearing one, and, of course, Ben Stiller and his kids in The Royal Tenenbaums rock them well. But I almost never wear anything red. It’s uncharted territory for me and I like how it feels topped off with a Carhartt beanie or a corduroy Online Ceramics hat. Since it’s still a little chilly, I toss on my camel hair topcoat, but could also put on a Patagonia puffer if I want. When it gets a little warmer, I’ll have to reconsider the suit and the headwear, but I think I’ll figure it out. Underneath, I usually have a striped T-shirt, and I feel fine about all of my decisions.

The most important thing that I find with the tracksuit, however, isn’t the color, but the footwear I pair it with. While more than a few people on Twitter thought that the obvious combo would be a pair of Adidas sneakers, I very much disagree. I could see a pair of slides from the same company, but I think a pair of loafers is the way to go. Penny loafers always work, and I’ve been rocking a pair of Sperry boat shoes when I need to go walk my dog and I’m feeling lazy. But the ultimate power move here is a pair of Stubbs & Wootton slippers.

Yes, that’s right, I’m advocating wearing a tracksuit that costs about a hundred bucks with a pair of slippers that costs about five times as much. Why? Because you need to have a little fun with what you’re wearing. You need to feel good about yourself and you need to have something that has a little pop of power red or bold blue so you don’t look like you’re on your way to hang out with Paulie Walnuts at Satriale’s Pork Store. Something like a tracksuit needs to be grounded, you need to know that you aren’t that serious, and what says that better than footwear that costs five Ben Franklins? It is the quintessential zero-fucks look for a time when all you can do is give fucks because everything is so messed up. It’s fun, it’s colorful, and I’m pretty sure it looks good on anybody.

What do you have to lose? You’ve got nowhere to go. Make the Adidas tracksuit your new WFH uniform. 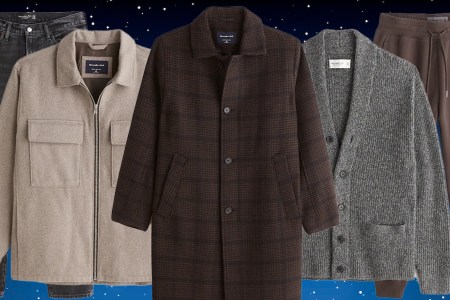 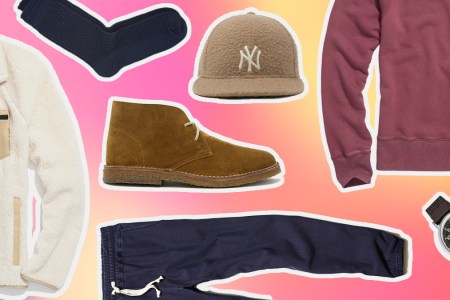 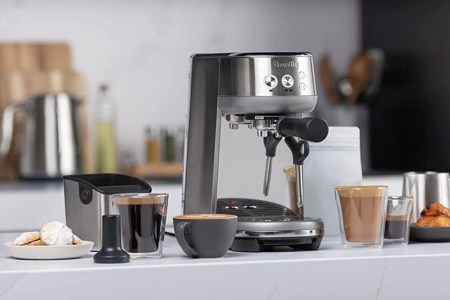