Everything in fashion has its moment. Sometimes, like in the case of Marc Jacobs’s infamous 1992 grunge-inspired collection for Perry Ellis, the moment takes a bit of time to arrive. Back then, the collection was widely panned by critics and Jacobs would end up losing his job over it. But two years ago, with the 1990s having its comeback like every decade seems to have 20 years down the line, Jacobs brought the collection back to much fanfare.

Designers taking influence from underground rock scenes was nothing new when Jacobs had Kristen McMenamy, Nadja Auermann and Naomi Campbell dressed like they were going to slam dance at a Melvins show. A little under two decades before the Jacobs show, the Sex Pistols were basically walking, spitting billboards for Vivienne Westwood’s clothes, and before that, as Paul O’Neill, head of design at Levi’s Vintage Clothing points out, you had the hippies and their own brand of anti-fashion that slowly crept into the mainstream. That’s where he has looked for influence in his collections, and for this latest fall/winter, he’s gone to a somewhat unlikely place. One that, sonically and period speaking, wasn’t too far from grunge, but took place over 2,000 miles away from the Pacific Northwest in the bedrooms and garages of Louisville, Kentucky.

For O’Neill, Louisville was one of the great overlooked scenes from which to draw inspiration. And while the legacies of some of the bands and artists from the area, like Slint and Will Oldham, would grow over time, he went further back, “I went to the University of Louisville’s archives,” O’Neill says. Along with meeting members of the town’s punk scene past and present, Levi’s looked to bridge a gap. The collection is a celebration of the scene’s early days, a time when nobody paid much attention to the music coming out of there.

The live shots used for the lookbook are all local kids, something that was important for O’Neill to get the right feel. Yet the collection’s heart comes from the fact that it doesn’t just celebrate punk. Instead, Levi’s Vintage looks at the weird American underground of the Reagan era. A glance through the pieces offered up, from the purple sherpa jacket to the ’80s-style spider-web sweatshirt, and, of course, the faded 501s, all have the feel of incredible thrift-store finds, the kind of stuff you might find at a Salvation Army today and think you’ve been blessed, but also that you maybe would have found lying around a closet in Any Town, USA in the 1980s.

For the Levi’s Vintage collection, it’s another win for the colder seasons. Last year’s “Folk City” batch that was inspired by Bob Dylan, Karen Dalton and other Greenwich Village folkies of the early 1960s was done with an attention to detail that made it all feel authentic enough that you felt like you were being gifted actual pieces from the middle of the 20th century. What Levi’s Vintage got right last year and nails again this time around is that there is a timelessness to these styles, and you don’t have to do much to make it look cool in 2020. All you have to do is pay attention, to really immerse yourself in why these styles worked when they were around the first time, and start there.

The other thing Levi’s Vintage has gotten right, just like it did with the ’60s folk singers, is that the suburban Louisville hardcore and punk kids of the 1980s were really all about anti-fashion. They weren’t dressing a certain way because it was trendy on the runways of Milan and Paris. Instead, these looks are grounded in the utilitarian. Just like in Seattle and any other American scene of the time, when the first wave of punk rock was slowly fading and bands like Black Flag and Hüsker Dü were dominating underground rock and hardcore, you didn’t dress to impress. You wore what you could. One particular item you’ll notice on Gen-X-aged rockers who grew audience through Get in the Van-style touring and airplay on college rock stations is that flannel was just as popular in Minneapolis, California and, yes, Louisville, as it was Seattle, where it was known as part of the uniform of grunge icons like Nirvana and Soundgarden. In the case of the Levi’s Vintage collection, the plaid trucker jacket feels like something some 15-year-old drummer found lying around after a show in 1984 and thought, “This looks warm,” then got photographed in it and the piece became part of punk-rock lore. Of course, today it just costs almost $300 more than the original would have back then. The prices are obviously far from punk.

And that, more than anything, is what makes this collection such a winner. Obviously every season brings a new “punk-inspired” collection with it, usually items that really amount to CBGB cosplay more than anything else. For Levi’s Vintage, especially this time around, it’s finding lost gems and polishing them up, the sartorial version of that weird LP from another era that maybe 100 people listened to, the one you find in a used bin for a few bucks. The one that was made by people that probably dressed like the outsiders who inspired this great collection. 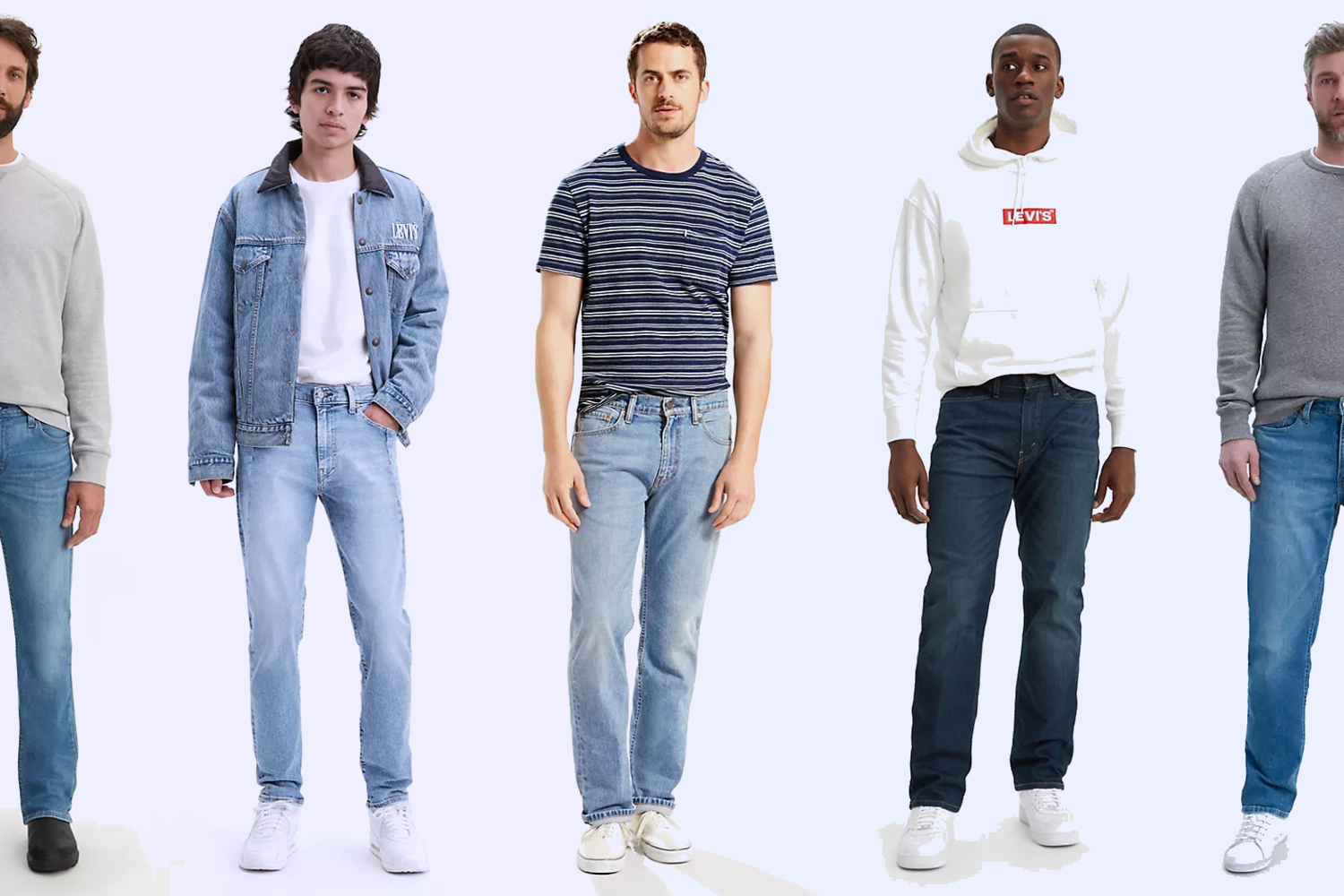 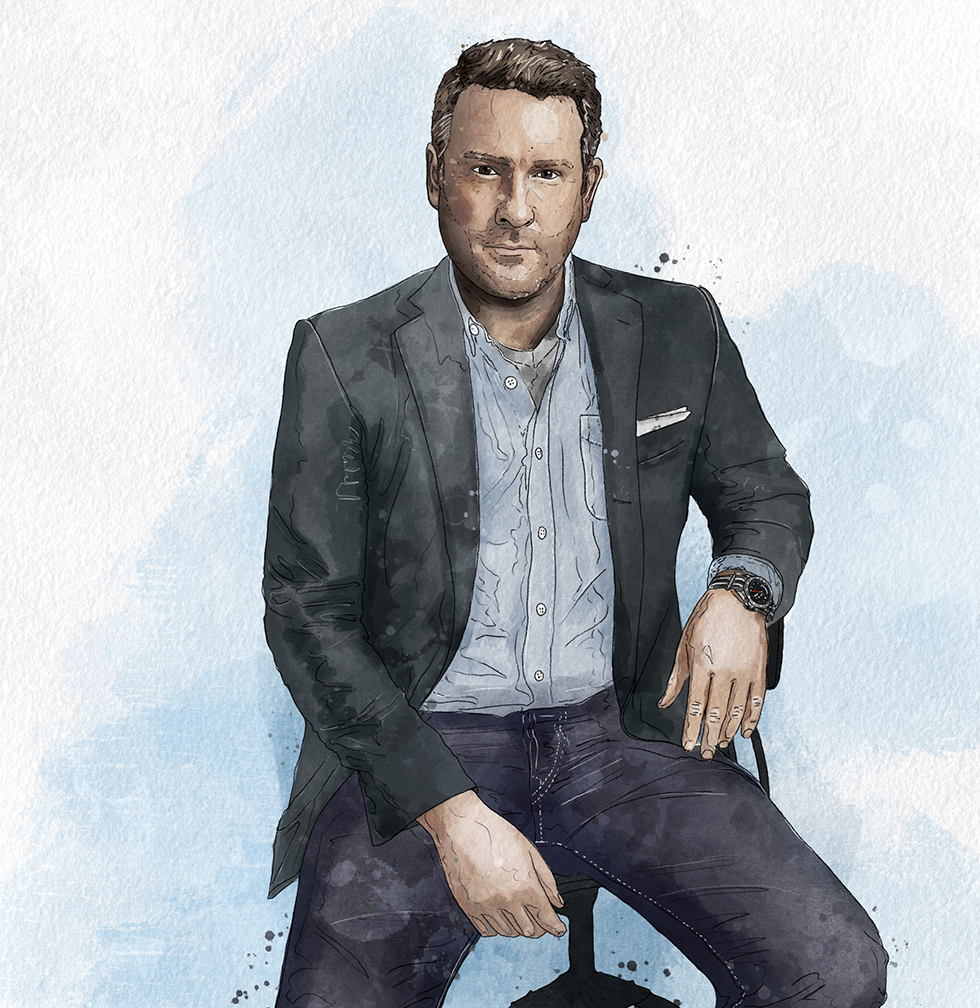 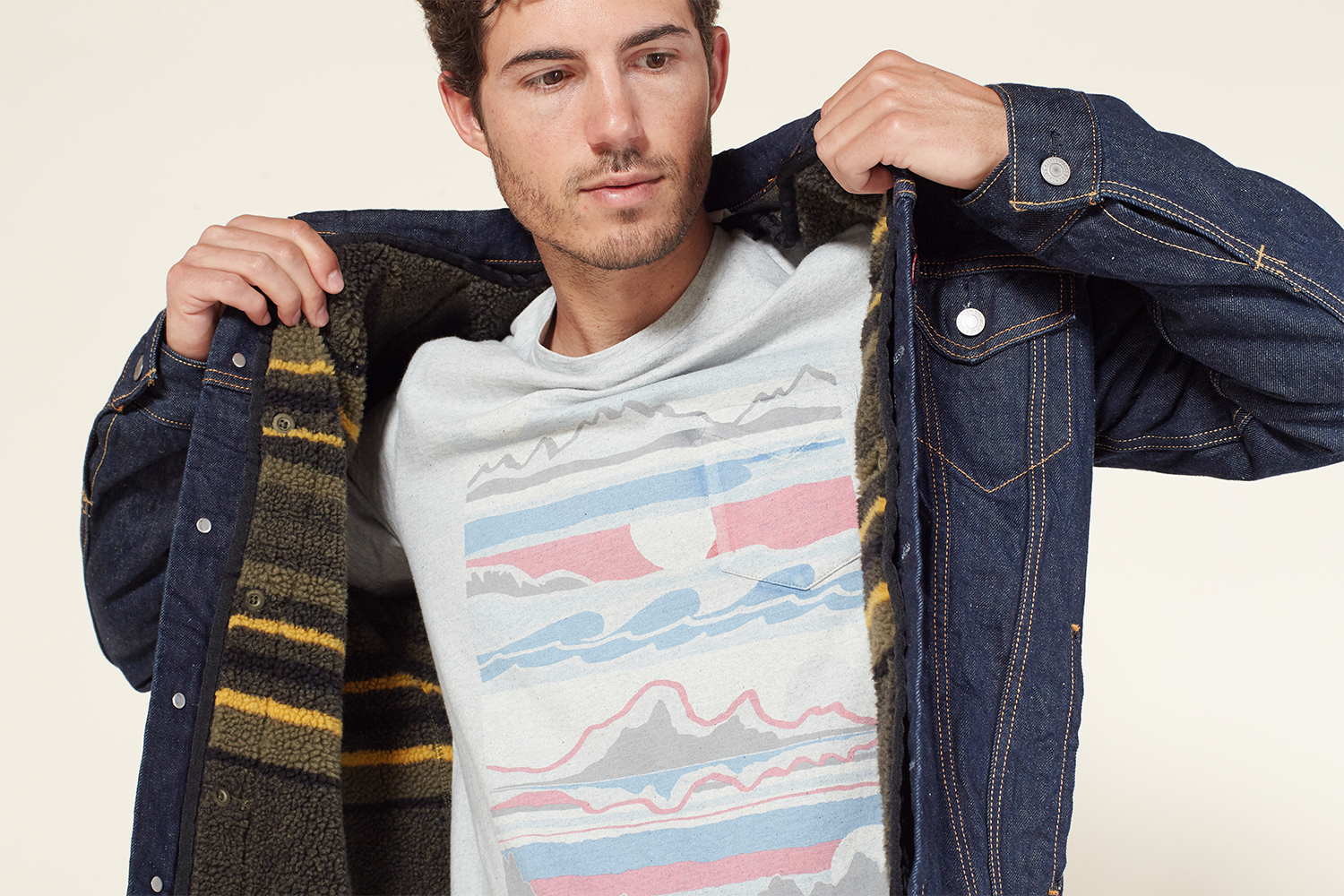 How Levi’s and Outerknown Created the Most Recyclable Clothes … Ever?