(Ian Berry)
By Will Levith

You could say that artist Ian Berry enjoys a good pair of pants. And by that we mean that he gets ahold of them, cuts them up like Edward Scissorhands, glues the pieces together, and makes them into breathtaking works of art.

But when we say “pants,” we’re not talking about pleated Dockers or Z. Cavariccis. Berry is the king of denim jeans—a medium that most people usually wear right out, throw away, or dare we say, turn into jorts (we’re looking at you, Brooklyn hipsters). Like paint, denim is in great supply—and comes in a range of blues and other colors, so Berry need not look far to find his next source.

Says Berry of his works:

“I strive for photorealist perfection and it’s amazing how denim can aid with this … I get a lot of jeans donated to me and I tend to use the ones that have the most character within them so, in a sense, that pair almost becomes my palette.”

Berry has found fame the world over for his denim art, and recently had a solo exhibition in London in November. He’s also attracted the interest of famous fans, including Debbie Harry (who commissioned a portrait) and fashion icon Giorgio Armani.

The artist’s set up shop (and a residence) in an old dog biscuit factory in North London, which also makes for one of the most well-stocked collections of jeans in history.

Learn more about the artist here. Below, browse some of the pieces he produced for two separate art openings, Beautiful Launderette and Behind Closed Doors. 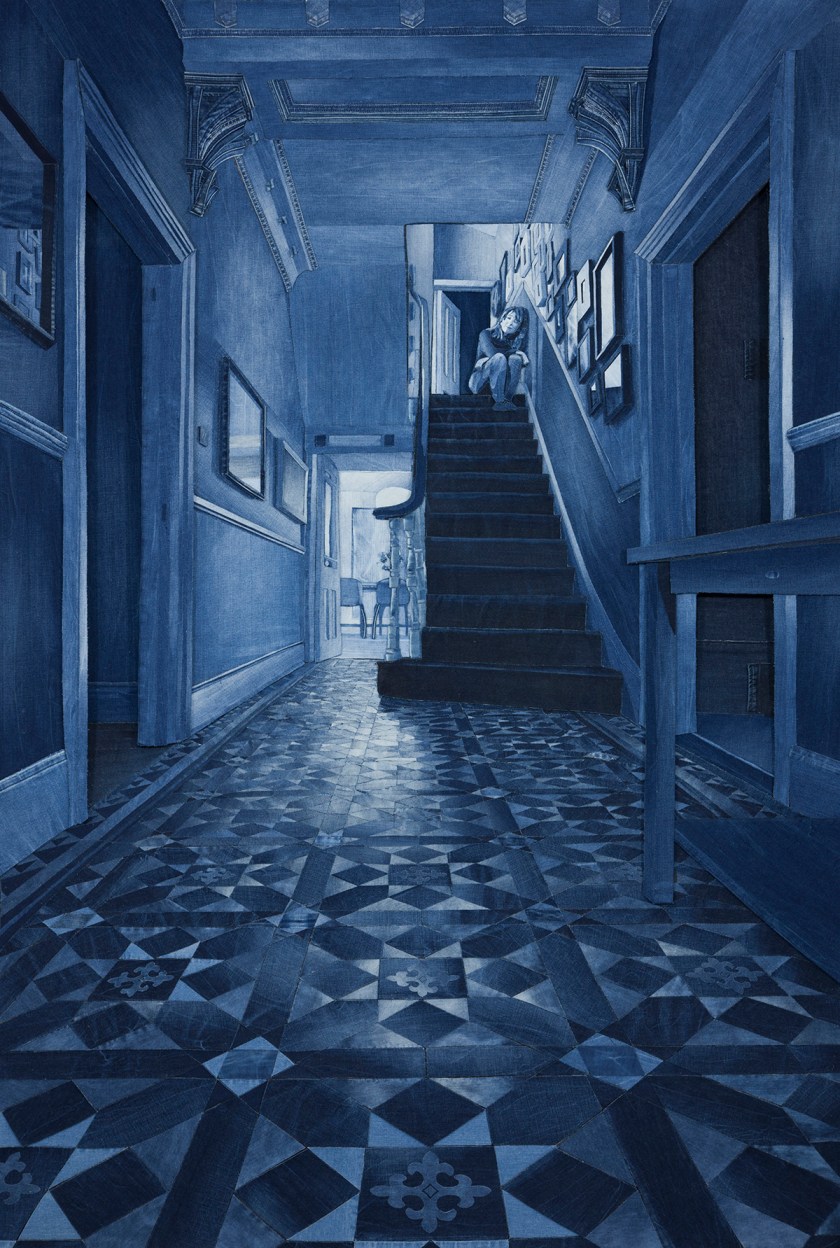 ‘Behind Closed Doors’ from the eponymous series (Ian Berry) 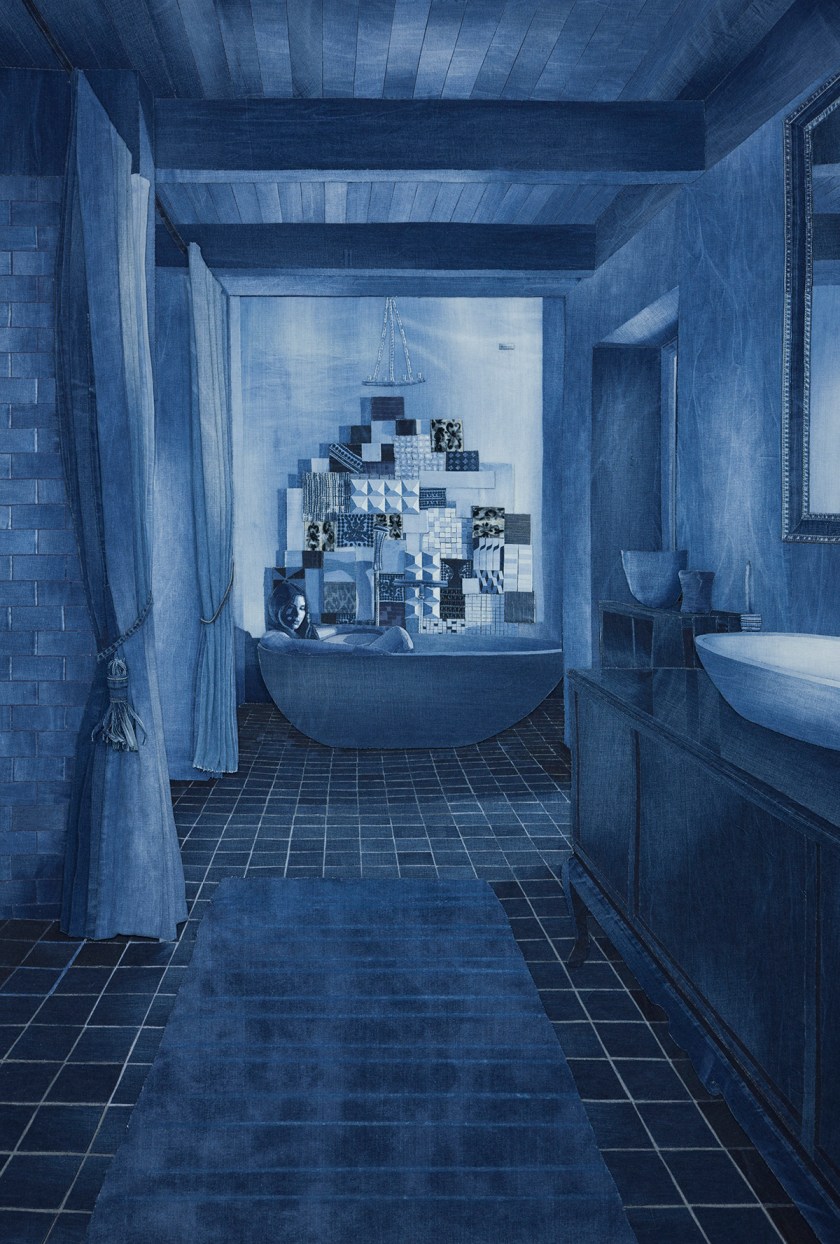 ‘Searching for the Faith and Hope’ from ‘Launderette’ (Ian Berry)

‘Waiting for My Steve McQueens’ from ‘Launderette’ (Ian Berry)