The 2018 installment of the annual competition gets underway today in Hayward, Wisconsin. 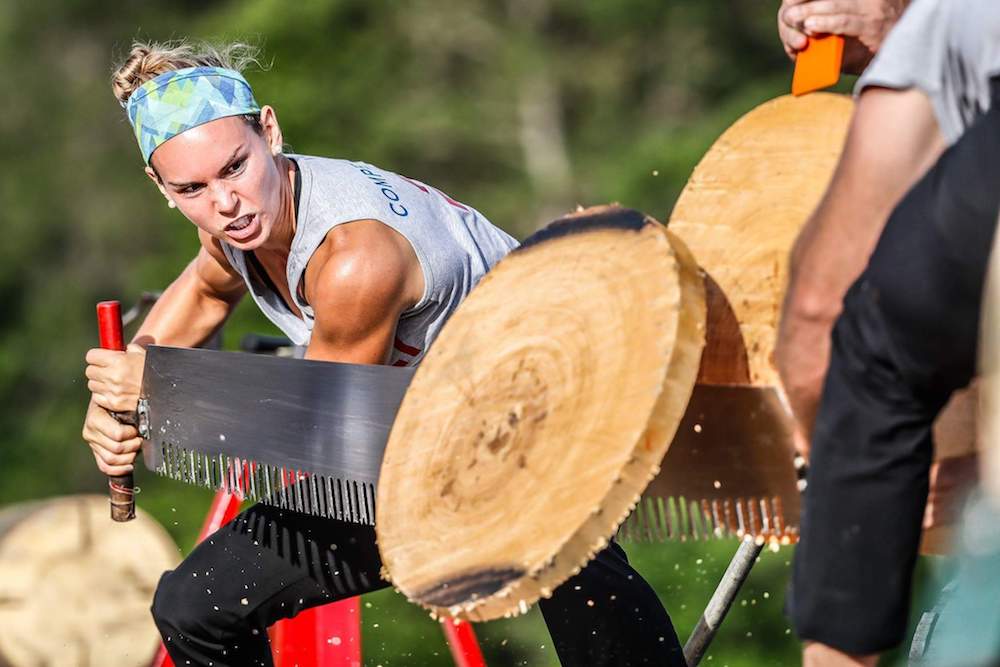 If a tree falls in the forest, professional timbersports competitors Matt Cogar and Martha King know what to do with it.

With nearly 15 years of combined experience competing as lumberjacks (or lumberjill, in King’s case) between them, Cogar and King are two of the top choppers in a sport that is still trying to gain mainstream recognition.

One of the ways pro timbersports is attempting to do that is via events like the Lumberjack World Championships, which kick off today along the banks of Lake Hayward in Wisconsin.

During the championships, competitors take part in a number of events (women usually do fewer) that are based on traditional forestry practices like the underhand chop, the stock saw, log rolling, and speed climbing.

Throughout the competition, lumberjacks and lumberjills accumulate points depending on how they finish in each individual event, and the man and woman with the most accumulated points at the end of the day are the winners for their respective gender. 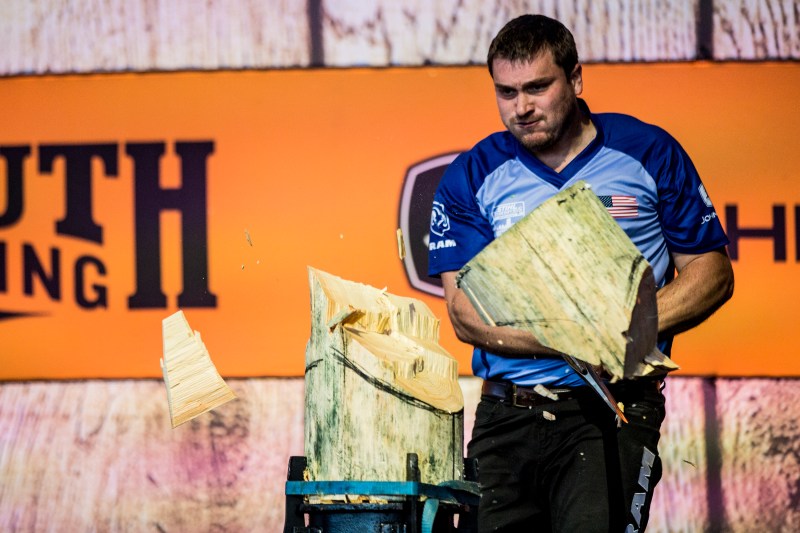 Quite possibly the best American lumberjack since Paul Bunyan, Cogar has won five straight U.S. Pro Championships and is shooting for his sixth. No slouch herself, King has numerous wins under her tool belt including the world title of 2017 Ladies Underhand Champ which she won in Tasmania.

Despite their accomplishments, most sports fans couldn’t pick Cogar or King out of a lumberjack lineup. To remedy that, RealClearSports spoke with each of them in advance of the start of the LWCs about some of the issues facing today’s top timpersports competitors. 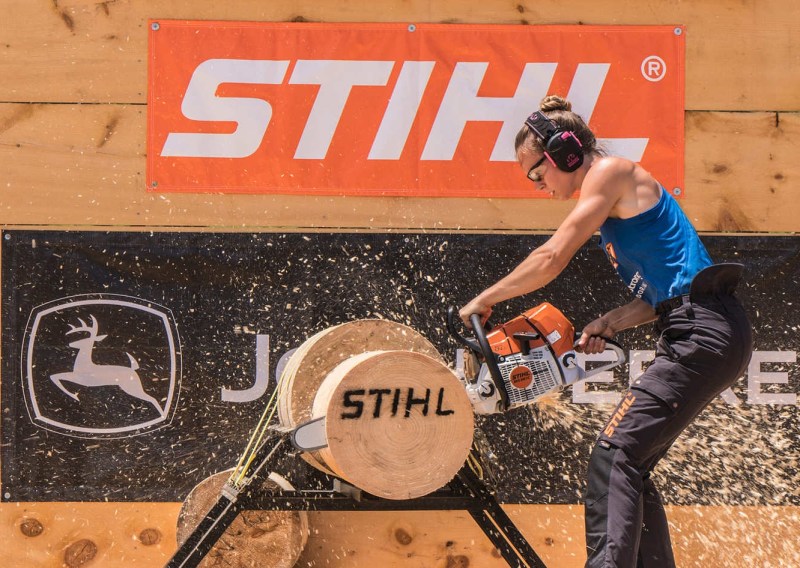 The first thing Cogar and King pointed out that many people might not realize is that there’s a lot more to timbersports than just thwacking a log with an axe.

“I think people would be surprised with how much effort goes into it,” Cogar told RCL. “Other sports you just need a pair of shoes and a ball and that’s it, but with timbersports there is much more gear. You gotta go out and acquire timber to train on. You also have to get into physical shape – we call it ‘chop fit,’ being fit from just chopping. Fitness from running, rowing or going to the gym is also needed. It’s not just a bunch of old-time loggers going out there and whacking at it. There’s a lot of youth and athleticism to it too.”

Physical fitness is important, but people don’t realize there’s a mental aspect to it as well.

“I focus really hard on the technical aspects of the chopping and sawing,” King said. “I focus on technique more than anything. It doesn’t matter your size so much as your technique. It’s all about how the axe hits the wood. It gets me pretty fit. If I’m swinging a seven-pound axe for an hour and a half a day, that’s a lot of good reps. As soon as I get home from work, I go out back and set up logs.”

Given the barriers to entry and the physical and mental demands, what is it exactly that draws competitors to the sport?

“We have a need to release the beast,” King said. “There’s something so primal about it or organic. I think people crave that. They want to go back to that simpler state – like a man versus beast kind of thing. You feel so deadly when you are up there swinging an axe or sawing. It’s really cool.”

There’s also a historical appeal to timbersports as well, according to  Cogar.

“It’s pretty cool to look at in the sense that this is actually laborious work that someone has turned into a sport,” he said. “My great uncle used to fell timber in the forest with an axe and saw. That was how they did it in the mountains of West Virginia. Sometimes when I’m chopping in the training yard or competing, I really think about those old-timers and how they did it this same way. Maybe a little bit more precisely because they had to use the timber afterward, but it does make you look at it with some appreciation.”

Thankfully for pros like Cogar and King, appreciation for timbersports – whether its based on the historical aspect or not – has started to expand.

“The level of exposure has taken off,” Cogar said. “Rural communities have known about lumberjack sports for a while and had an appreciation for it, but now we’re able to get it out into urban areas and the media. People in cities who don’t even know anything about timber and the tradition and heritage of lumberjacking have started to learn about it through the sport.”

King added: “When I started competing in college, it was a way to get to know people and blow off some steam. I didn’t know there was potential to compete as a pro because it was only for men at that time as far as I knew. Now, the opportunities are endless. I’ve gone to compete in Australia, Paris, Germany … Little did I know that chopping a little wood after class would take me to these places. It’s been such a rollercoaster ride.”

And, as a woman in a male-dominated sport, that ride has been all the more rewarding.

“I don’t like being put in a box,” King said. “I think if you are passionate about something, you should be able to tackle it as long as you aren’t hurting yourself or other people. You be able to pursue your goal and what you love without anyone telling you that you can’t because you’re female. It can be frustrating, but it’s a cool opportunity to encourage other young women to tackle the things they love without worrying about what other people are thinking.”

It’s also an opportunity to encourage purchasing flannel and promote lumberjack as a style.

“The style has a little bit of attachment to that history of hardworking men and women doing nothing but removing logs from the forest,” Cogar said. “That’s a work ethic people that look up to. In a sense, they’re embracing a style that embodies the lumberjack and creates a connection to that hard-working industry. I know the tricks of the trade, but they accept the style of the trade.”